By FamousDawgsNewsDivision (self media writer) | 19 days ago

The three apps are all owned by one company which is Facebook, some people believe to be the worst monopolies of all time since Roosevelt oils takeover in early 1800 where he owned the railroads and bought all smaller companies which were competing with him. 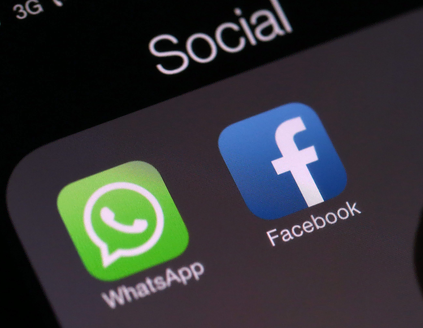 Mark Zuckerberg must be very worried that all of the companies can get shut with a single glitch, the company must have lost millions last night because the glitch began right around 6 pm and it lasted for a period of 4 hours, which is a very long time for advertisers not to get their messages through also content creators not having their product through.

It's no lie Facebook runs the internet, no company has more traffic than they do on the web, their crash showed that there are no substitute products out there that can do what they do, Twitter is the only app that can stand and compete, without the bird app the world would have been lost in Marks spell which seems like it is going to last for another 100 years.

It was reported that the apps run “Facebook, Whatsapp and Instagram run on the same infrastructure line that is why they all crashed at once. The other reason for the crash was because of a whistleblower that said the company pursues profit instead of hiring reviewers to slow down misinformation that is holding the world back from good information.

The company has since released a string of tweets apologizing to its users saying they are coming back online, the issues have been resolved but the public is not previewed to what the issue might have been in detail, this shows that no company in the world is untouchable, even Jeff Bezos and Elon Musk should watch out because there are organizations out there who are looking to break them down.

This must have been a learning curve for all the users, stockholders of the company and this will not be taken lightly by congress in the United States because this is one of their largest companies that employ millions of their people was threatened.

OPINION| What Destroyed the National Railways of Zimbabwe ?

The Public Is Urged To Avoid These Areas As There Is A Violent Protest Going On.