DSTV PSL Game day 1 all you need to know.

By Mkhondlo (self media writer) | 10 months ago

Sunday 5 pm the last match of game day 1 got underway at Mbombela stadium with the Soweto Giants Kaizer Chiefs facing another team that has became a pain for them and their supporters since they beat them to win the Nedbank Cup in 2019 through a last minute Zakhele Lepasa penalty.

Just like Baroka fc , TS Galaxy has become a vodoo team for Kaizer Chiefs and today was no different as Tim Sukazi’s side were the better of the two teams and they should have won the game . The game ended as a goalless draw but TS Galaxy recorded more shots at goal and in target with Kaizer Chiefs only recording one shot on target which was a Nurkovic header.

There was nothing much out of this game but Stuart Baxter was definitely the happiest of the two coaches because Owen Da Gama could have walked away with all three.

Fans and Amakhosi loyals questioned Stuart Baxter’s tactics as he still chose to start with Bernard Parker in attack and the pairing of Cardoso and Mathoho at the back. With the new signing of Ngcobo nowhere to be seem. 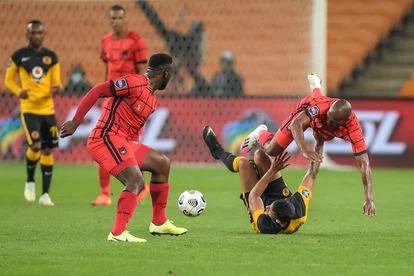 It was a bad day in the office for the new boys as they conceded an injury time goal. The game was pretty much balanced even though the Dube birds had the upper hand. Ball possession was 55% to Swallows and they had 2 shots on target as compared to nothing from the Real Kings. Virgil Vries was a spectactor for the whole game. A point away from home was not a bad thing for Maduka’s boys in their first game of the top flight but poor defending at the back saw Trutter’s boys take all three points. 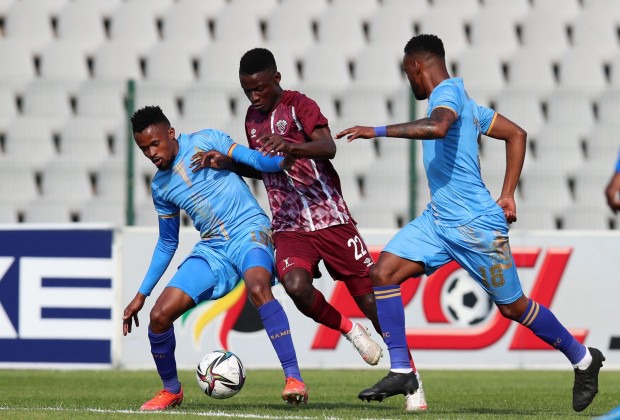 Gavin Hunt began his spell with a win away from home for Chippa United. The goal came in the first half and from there Gavin’s boys parked the bus it worked for them as they walked away with the three points . Sekhukhune United began their quest for glory with a lose and if they will need to survive relegation at the end of the season they really have to pull up their socks. 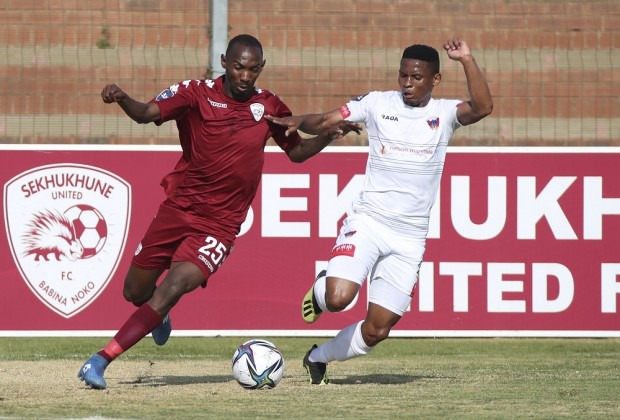 The KZN derby was the second highest scoring match of match day one. Thabo Seema’s boys walked away with not only 3 points but bragging rights. As they came from beating Super Sport United in the MTN 8, abafana besthende brought over their winning mentality and motivation as they drew first blood and scored 2 goals in quick succession in the second half.

Golden Arrows enjoyed more ball possession as they saw 57% of the ball but Maritzburg United recorded more shots at goal with 17 shots and 6 on target while Golden Arrows had 8 shot, four on target and two of those ended up in the net.

Maritzburg got a goal through Skelem in the 87th minute but it was too little too late for the Team of Choice.

The team from the Western Cape came into the game highly motivated. Even though they were comfortable with sitting at the back to defend their counter attack was deadly.

As Orlando Pirates kept on losing balls in the middle of the pitch, Steve Barker’s boys knew they had to capitalize on those errors and for sure they did as the scored the open goal of the match through a Wassem Isaacs shot which deflected on Thulani Hlatwayo and ended up in the net.

It wouldn’t be the PSL if we don’t have the match officiating coming under sport light. Ntsikelelo Nyauza was given his marching orders on the 41st minute by Thando Ndzandzek the referee after a nonsensical tackle on a Stellies attacker. It was indeed a foul but the straight red card was too harsh by the referee and the Buccaneers had to play the remaining minutes of the first half and the rest of the second half with ten men.

Mandla Ncikazi and Fadlu showed their football intelligence as they opted with introducing Vincent Pule in the second half and took out Kabelo Dlamini. This move saw Deon Hotto who scored a contender for goal of the season as a an equalizer being dropped into left back.

The gamble worked as the mighty Bucs took the lead in the 49th minute through the new man Goodman Mosele who headed home from a corner which was flicked by Vincent Pule.

Steve Barker introduced a man who is no stranger to tormenting the Soweto Giants Judas Moseamedi in the 51st minute. Judas was making his debut for the Stellies after signing from Maritzburg United, he wasted no time as he scored a fantastic diving header in the 55th minute of the game and had the Bucs fans questioning Thulani Hlatwayo and Richard Ofori. The game was the highest scoring of the weekend as it ended with the spoils being shared in a 2 all draw. 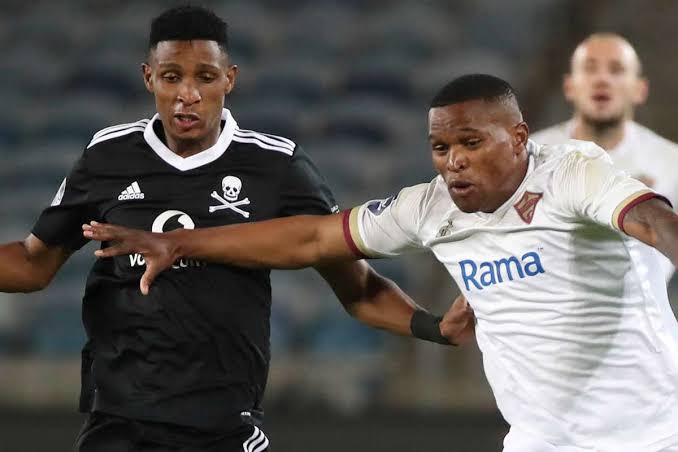 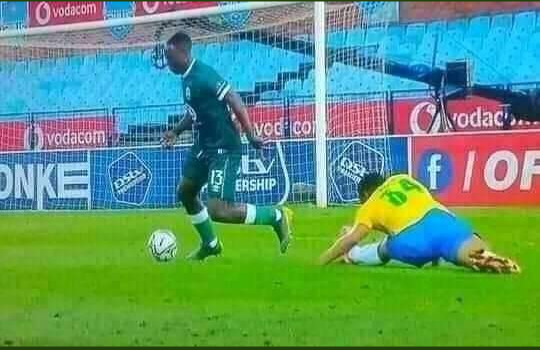 The curtain raiser for this season was a match between the defending Champions and the runners up. This game was not what many anticipated as it was a bit moot.

The most entertaining sides of the 2019-2020 season displayed the most entertaining game of the season. Many had a lot of expectations for this game and it was a disappointment. Both teams recorded 8 shots at goal with only one shot on target. The only shot on target for Sundowns came from the penalty spot which was converted by Themba Zwane. Benny McCarthy seemed a bit confused and accusations from fans began to be thrown around as they accused him of being a one season wonder.

There is no doubt that the only highlight and talk point of the game was when Philani Zulu dribbled Mthobi Mvala and made him look like a character from the Chinese movies. Even his coaches especially Rhulani Mokwena saw something amusing from that. Sundowns won the game 1 nil and took all three points.

Other games ended with SuperSport sharing spoils with Cape Town City in a zero all draw. Baroka FC ran amok over the new boys Marumo Gallants beating them 2-0 and they sat on top of the log .

Bank Roberry Gone Wrong: Suspect Shot In The Neck And Died Inside The Revolving Door (Video)

Mathoho next in Chiefs' firing line. Full details below;

The Wearing Of Masks Has Been Suspended In Mzansi

Becareful of how you speak to a Child, She ran from home after her mom told her this