To realize data value, progress in legislation can help 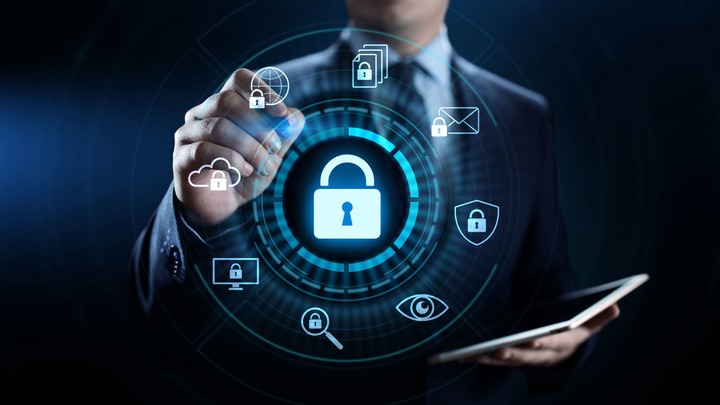 China has made strides in data legislation efforts, but more progress is needed to realize the value of data.

First, the country is now more people-oriented and pays more attention to the protection of personal privacy.

Second, it now places greater emphasis on promoting the development of a digital economy by regarding data as a key production factor. This is based on protecting the rights and interests of individuals and organizations, and more attention is paid to ensuring the orderly and free flow of data in accordance with the law.

Third, the nation now pays more heed to integrate with international rules and exporting solutions with Chinese characteristics. In my opinion, this is a process of seeking common ground while respecting differences.

The strategic question has been solved. The 19th National Congress of the Communist Party of China clearly stated that data are the fifth production factor. Data now have the same status as capital, labor, land, and technology.

Also, it has become increasingly clear that data must go through a series of processes such as data cleansing and labeling before realizing their value.

The entire process can be divided into three stages.

The first is to turn data into a usable resource, which involves the right to use the data in the first place.

The second involves data capitalization, that is, trading data with others. It is akin to us needing a regulated data banking system. Currently, problems that restrict data capitalization are how to define property rights of data, how to price data, and how to build a market for data.

With the rapid development of technologies, a string of technical issues has already been solved. More than 10 years ago, there was no concept of a "data market" because China's technological level was not up to speed. At that time, the internet solved problems of information transmission, but technologies were not advanced enough for us to complete the transmission of value for data.

Now, we have new solutions, such as blockchain technologies and the popular concept of the metaverse. Metaverse, as one of the hottest tech buzzwords, was coined by US science fiction writer Neal Stephenson in his 1992 novel Snow Crash, which was set in the near future where the virtual world and the physical world are inextricably interconnected. Such new technologies can ensure that we can complete the transfer of value for data.

In the era of the industrial digital economy, each vertical industry differs from others considerably, and it is difficult to have unified data standards for them. Meanwhile, a factory will naturally think that the data it produces belongs to itself. Therefore, in the future development of an industrial digital economy, it will be more difficult to persuade industries to share their data with others.

Meanwhile, the attributes of data will become more complicated, and data ownership rights will also become less clear. For example, in terms of natural attributes, data can be copied and the cost of copying is close to zero. Therefore, it could lead to ambiguity in data ownership. In terms of social attributes, data cannot be protected using the original path of traditional property rights, and the production relationship of data is also very complicated, which aggravates the complexity and ambiguity of data rights, which is also an unsolved problem.

The recent EU antitrust investigations and practices have provided China with a lot of things to learn from, but discussions are needed on whether such cases can be used as reference. I believe that four principles should be followed to promote big data antimonopoly outcomes.

First, China should pay more attention to protecting fair competition in the market, treating market entities equally, and focusing on preventing and stopping the occurrence of monopolistic behaviors, with particular emphasis on "prevention." Therefore, what kind of governance capabilities and methods we use to prevent the emergence of such behaviors are more important.

Second, we need to enact scientific and efficient supervision in accordance with the law. Law enforcement agencies need to strengthen competition analysis and legal argumentation based on the economic development status of data platforms, and constantly strengthen and improve antimonopoly supervision, so that supervision is more targeted and scientific.

Third, a more orderly, open, and inclusive development environment should be created. It is necessary to lower market entry barriers to guide and encourage big data operators to apply more resources to technological innovation, quality improvement, service enhancement, and model innovation so as to prevent behaviors that inhibit the development of the digital economy.

Fourth, the legitimate rights and interests of all parties should be better protected. Data elements and the development of the digital economy involve multiple subjects. Therefore, when antimonopoly supervision protects fair competition, it should give full play to the new economy, new models, new industries, and new business formats to promote the optimal allocation of resources, technological progress, and efficiency improvements. In addition, efforts should be made to safeguard the legitimate rights and interests of operators, consumers, and practitioners of new businesses, and to strengthen the coordination of antimonopoly law enforcement and industry supervision.

Finally, I suggest we strictly distinguish between data agglomeration and data monopoly. Many platforms have a lot of data, but agglomeration does not necessarily lead to monopoly.

Agglomeration can help encourage innovation and bring innovation. Therefore, I think we must carefully clarify the differences between data agglomeration and data monopoly.

The writer is deputy director of the Institute of Political Science and Economics at the China Academy of Information and Communications Technology.

The views don't necessarily reflect those of China Daily.