Have you ever looked at a photo and convinced yourself that it must have been edited? While using Photoshop can be a great tool, the art of a perfect photograph is hard to find these days. Many people like to manipulate their photos in one way or another, but there is something so special about a genuine picture. You might think your eyes are deceiving you, but these pictures only needed perfect timing, location, and a belief for detail. Continue reading to see these pictures that you won't believe aren't photoshopped!

1. How Many Planes Can You Count? 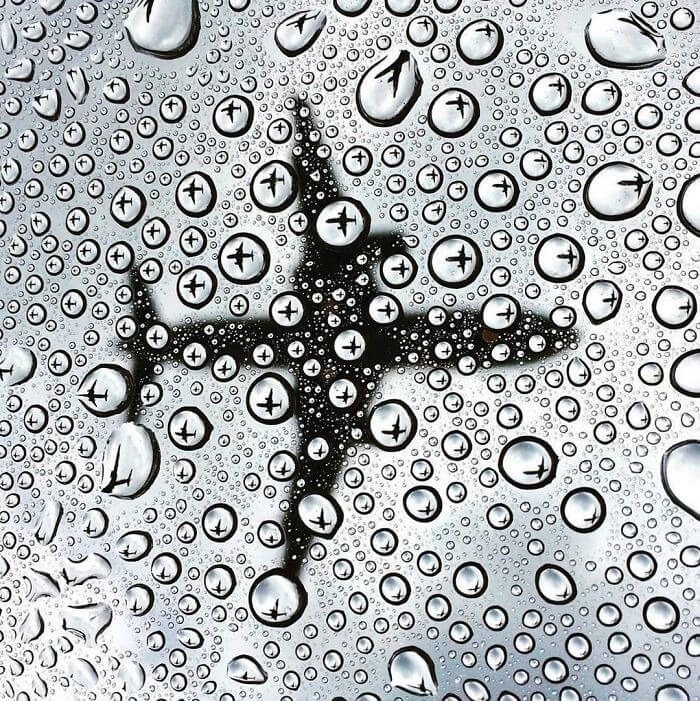 That is one crowded sky! The plane's reflection into the drops of water looks like millions of tiny planes flying across the window on a gloomy day. At first glance, these almost look like the top of screws.

Sometimes you don't need a fancy camera to capture an interesting picture. This photographer took this magical photo on his phone. To capture an unusual image, you just need to use your imagination and find the right perspective.

2. Ay, It's The Flying Dutchman's Ship 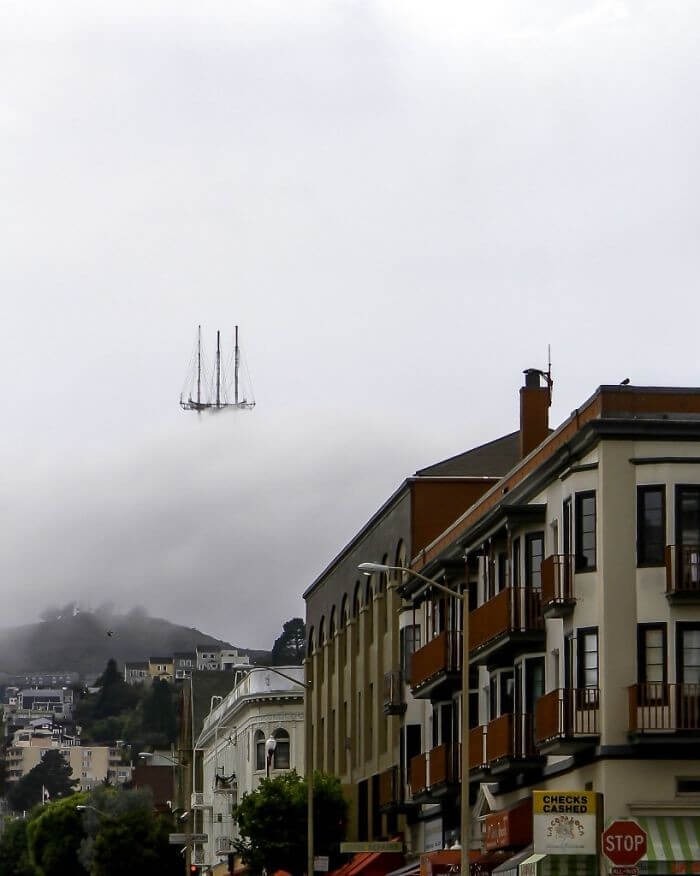 The Flying Dutchman is a ghost ship that can never make it to port and is doomed to sail the oceans forever. The captain foolishly cursed g-d after sailing into a horrible storm, and they were never seen again. The ghostly ship haunts the seas and many sailors have claimed they saw it.

Although this is not the Dutchman's ship, the thick fog covering San Fransisco makes the top of the Sutro Tower look like a pirate ship at sea. Many people have claimed they saw the mysterious ghost ship, but it might have just been a fog-covered building.

3. The One Sunflower That Wanted To Be Different 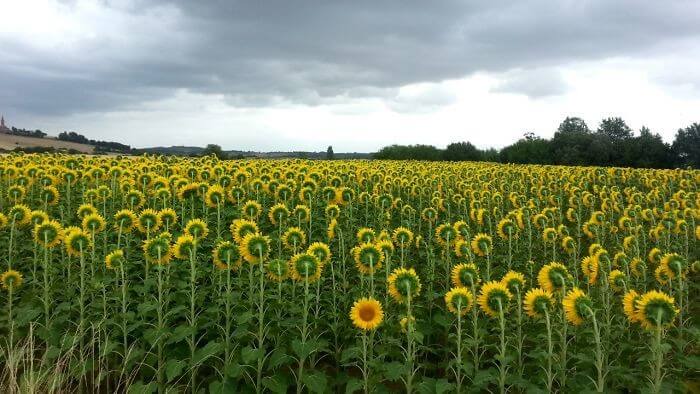 The one sunflower is not like the others because it is an angsty teen that won't follow the rules. Sunflowers usually face east because they follow the sun so that their flowers will be illuminated by the sunshine to attract pollinators.

When a sunflower matures it does not need to follow the sun anymore. This one does not look like it has fully matured, it is just rebelling against the social norms. People told them to follow the sun, but this one said, "No, I will not obey your orders." 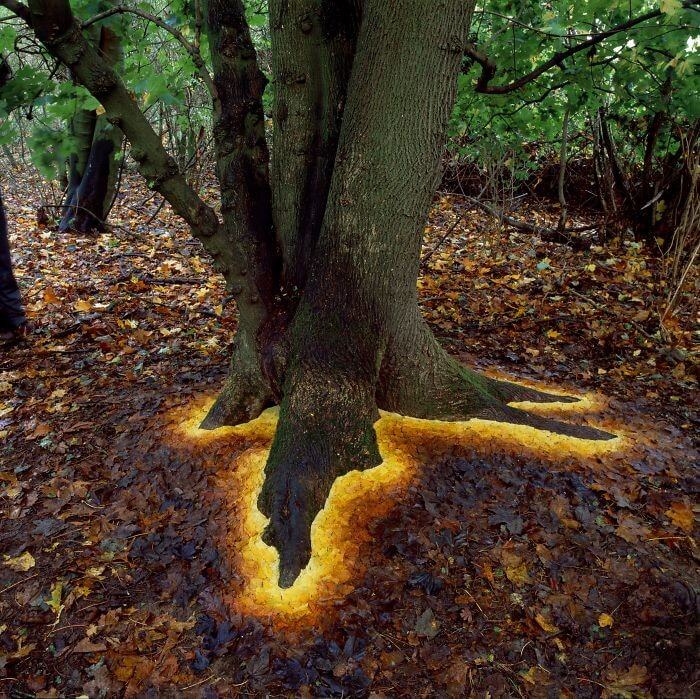 Once you find the tree with the glowing roots, you are one step closer to unlocking a secret passage to another realm. The radiant tree roots will lead you to the next clue on the quest. They are shining because the roots get nutrients from underground liquid gold.

While these roots aren't glowing, someone did take the time to arrange different colored leaves around the tree so it would give the golden illusion. This person must have had a lot of free time on their hands to collect and place all the leaves in the right formation. 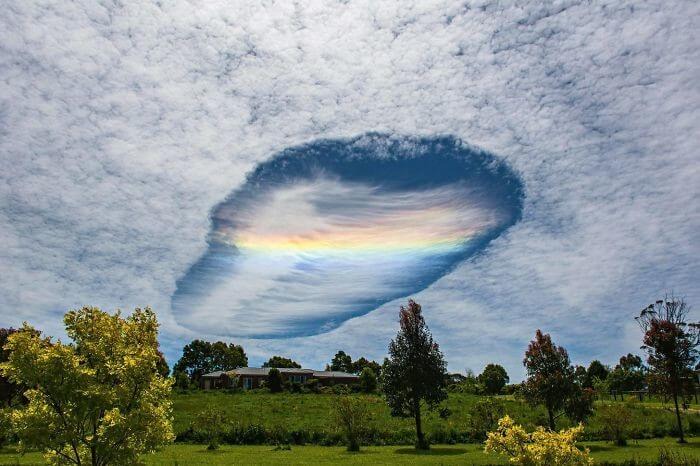 ​This unique cloud formation with a hidden rainbow was seen in Australia. It is interesting because it looks like the heavens are opening up for the world to see. Like a beautiful reminder that brighter things are just behind the clouds.

​If you are a Harry Potter fan, you are familiar with Voldemort's dark mark that is cast up into the sky. If Voldemort was happy and not evil, would this be his "dark mark?" We aren't sure, but it would make the movie less ominous.

6. Floating Ice Clouds After A Flood 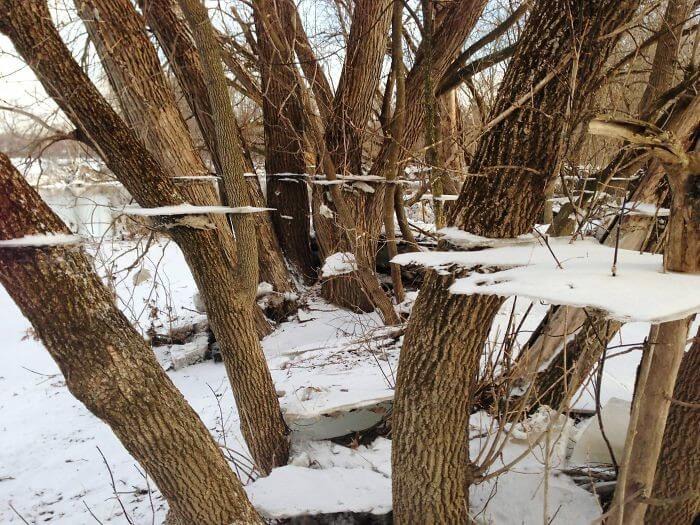 Although this looks like someone added in clouds after they took a photo, it is not photoshopped. After a massive flood, some of the surface water froze in random spots leaving behind a bizarre ice formation.

At first, you might think there is a glitch in the matrix, but it is quite real. It would have been cool if an entire sheet of ice froze so that you could walk under the ice after the water recedes.

7. The New And Improved Hoverboard 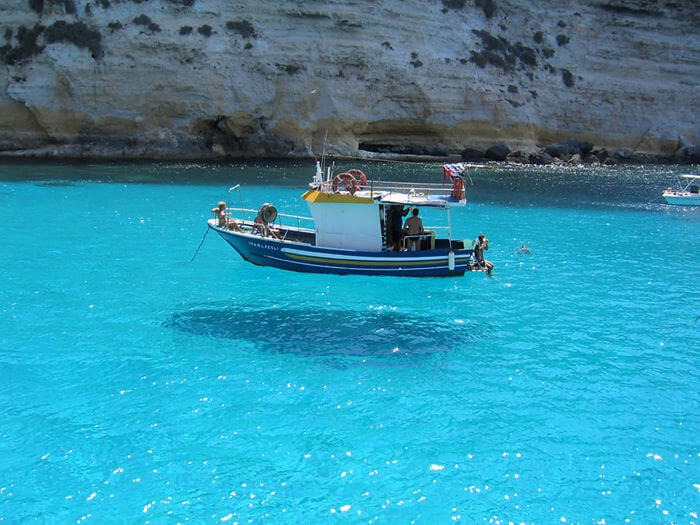 Just when you thought boats couldn't get any more exciting, now they make the hover boat. It is like a regular boat, but it floats above the water, so it never gets wet. Somewhere on eBay, someone is trying to sell a flying boat using this picture.

Although this is just an illusion because of the shadow, it would be interesting to see a hover boat. Also, does anyone else want to dive into these serene-looking waters? Wherever this is, it is being added to our bucket list for when we can travel again.

Is It Possible For A Man Of This Generation To Do This In Marriage?