Intended as a memorial to Taiwan’s long-standing leader Chiang Kai-shek, the National Chiang Kai-shek Memorial Hall is an elegant, traditional building which still looks imposing in a city dominated by huge skyscrapers.

As part of the Memorial Hall Square, it is flanked by the National Concert Hall and the National Theater, and has been the site of many mass gatherings throughout its existence. A big part of the country’s recent history, the site is currently also known as Liberty Square. 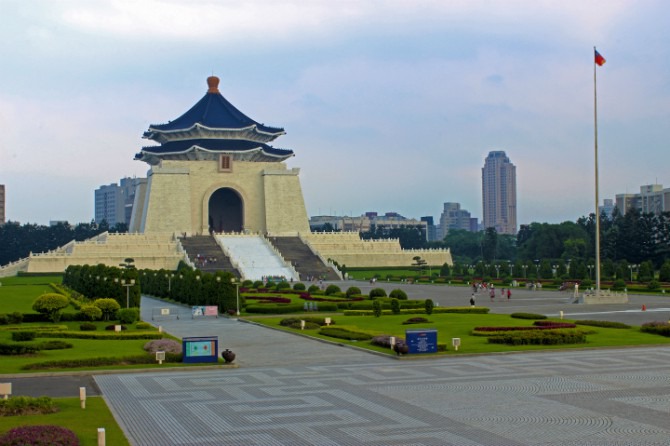 One of America’s most famous icons, the Statue of Liberty was designed by French sculptor Frédéric Auguste Bartholdi and intended as a gift for the country from the nation of France. Located on Liberty Island, off New York City, the statue would be the first thing immigrants in search of the American Dream would see after crossing the Atlantic.

Over 300 feet (93 meters) from the ground to the tip of the torch, the statue remains one of New York’s and the United State’s most recognizable symbols, and has been named both a UNESCO World Heritage Site as a “masterpiece of the human spirit”. 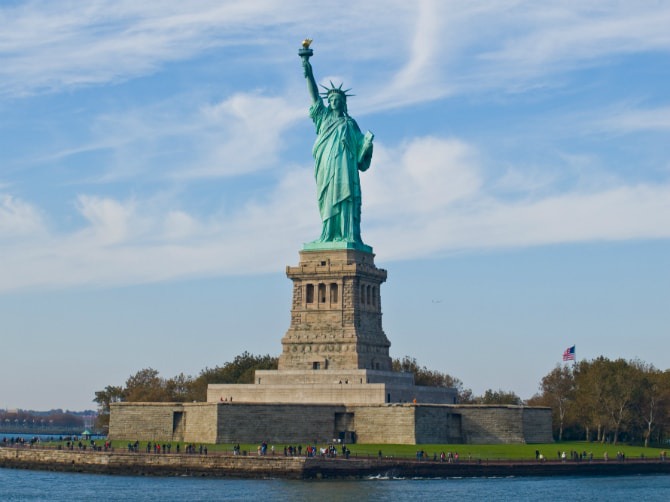 The monumental soapstone and reinforced concrete statue of Christ the redeemer has become deeply associated with the city of Rio de Janeiro. Any time you see a video about the great Brazilian city, you probably see a shot of the gigantic figure, arms outstretched, overlooking Rio from the top of Corcovado Mountain. 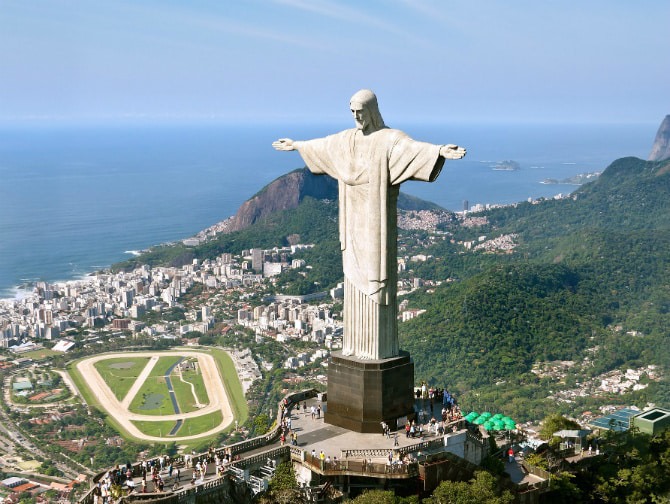 Built in 1889 as the entrance to the World’s Fair held that in year in the French capital, the Eiffel Tower wasn’t originally considered graceful enough for the elegant city. Today, however, it is one of the world’s most recognizable landmarks, and an essential part of the Parisian skyline.

At the time of its completion, the Eiffel Tower was the tallest structure in the world (a title it held for decades, until it was surpassed by the Chrysler Building), and even today it is the tallest in Paris and second tallest in France. 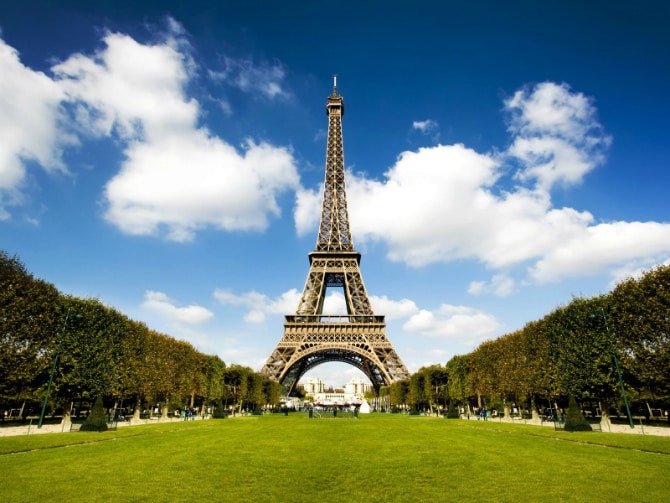 Though far from the grandiose arena it must have been in its prime, almost two millennia ago, the Colosseum still one of the great surviving structures of Imperial Rome.

Built by the emperors Vespasian and Titus, the Colosseum could hold, according to some estimates, as many as 80,000 spectators (more than most modern stadiums), and was used for gladiator fights, as well as more exotic spectacles like mock sea battles.

Despite its impressive scale, the ancient monument actually got its name from a gigantic, now lost Colossus of Nero statue built at the entrance of the infamous emperor’s Domus Aurea palace. 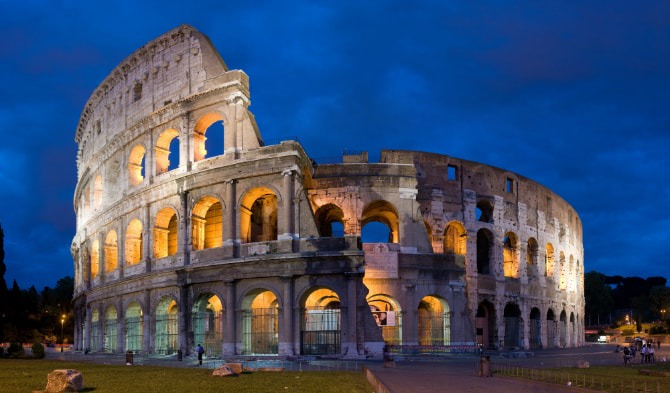 The Mount Rushmore National Memorial is a unique landmark of epic proportions. Carved into the granite of South Dakota during the 1930s, the monument depicts the faces of some of the nation’s great past presidents: George Washington, Thomas Jefferson, Theodore Roosevelt, and Abraham Lincoln.

Originally intended to show the presidents from head to waist, the work had to be stopped due to lack of funding after the original sculptor, Gutzon Borglum, died in 1941. Nevertheless the 60-foot presidential heads at Mount Rushmore’s still attract millions of visitors every year and is one of the country’s most iconic symbols. 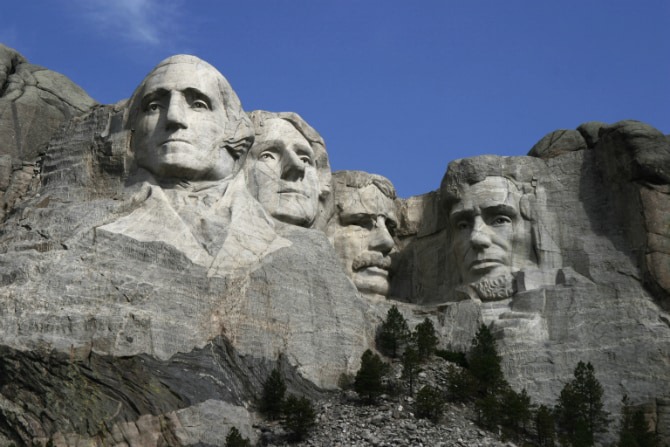 Guan Yu is one of the most revered figures in Chinese history. Known for his great loyalty and righteousness, but also for his skill in battle and his prowess as a martial artist, he has been worshipped as an almost mythical figure since his death almost 1,800 years ago.

This huge, 262-foot, bronze statue completed in 2010 in the town of Yuncheng (Shanxi province) is just one of the many monuments the Chinese have dedicated to their hero – but it’s certainly one of the most impressive. 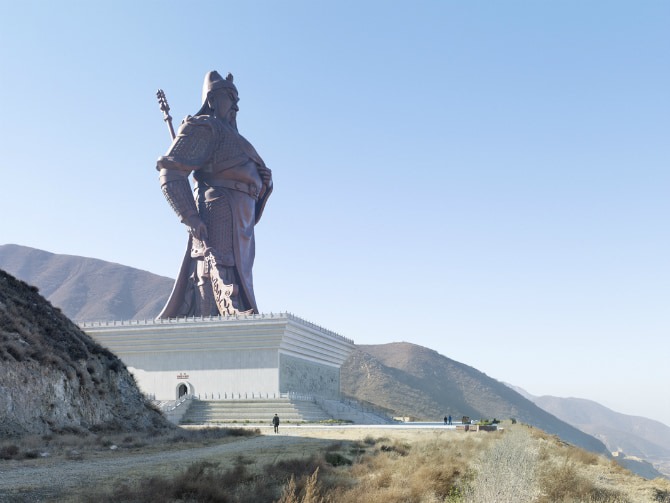 Located in Henan province, in the very heart of China, the Spring Temple Buddha is a truly breathtaking sight.

Completed in September 2008, the colossal statue is 420 feet tall (including the lotus pedestal), making it the highest monument of its kind in the world. Deriving its name from the nearby Tianrui hot spring (known for its curative properties), the Buddha overlooks the surroundings from atop a hill, which makes it even more imposing, 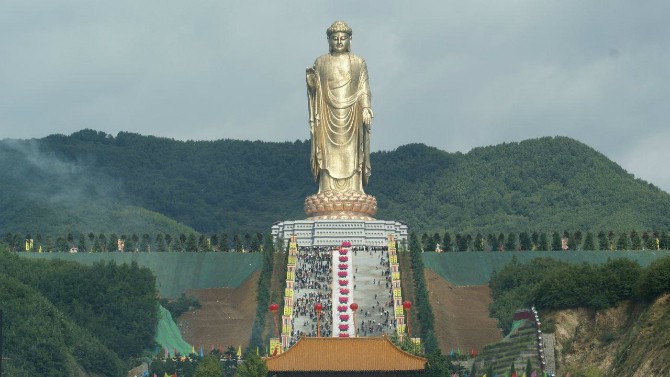 By far the oldest set of monuments on our list, but even today the most impressive – the pyramids were farther back in time from Cleopatra than Cleopatra is from us, which gives you a sense of how remarkable the achievement of building them actually was for the ancient Egyptians.

The complex at Gizah comprises three huge pyramids, built by the pharaohs Khufu, Khafre, and Menkaure, as well as the intriguing Sphynx. The most impressive of all is the Great Pyramid of Khufu, one of the Seven Wonders of the Ancient World (the only one still standing), which was the tallest structure in the world for almost four millennia. 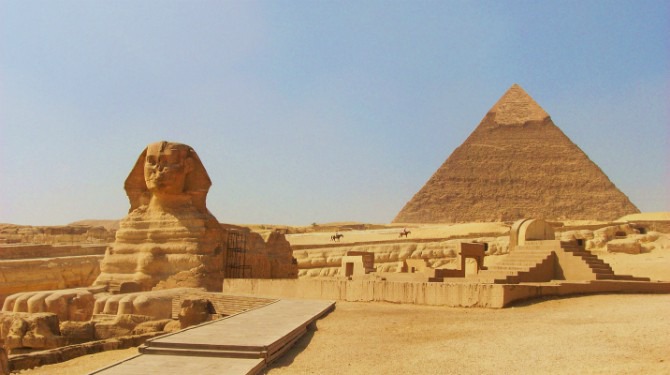 Taj Mahal (Crown of Palaces) was built by Mughal emperor Shah Jahan in the first half of the 17th century as a tomb for his wife, Mumtaz Mahal. It is an entire complex created by the grieving ruler, comprising gardens and a eflective pool, in addition to a number of smaller mausoleums.

The highlight, however, is the spectacular dome marble mausoleum, with a minaret corresponding to each corner, a monument which, nowadays, is perhaps India’s most famous symbol. 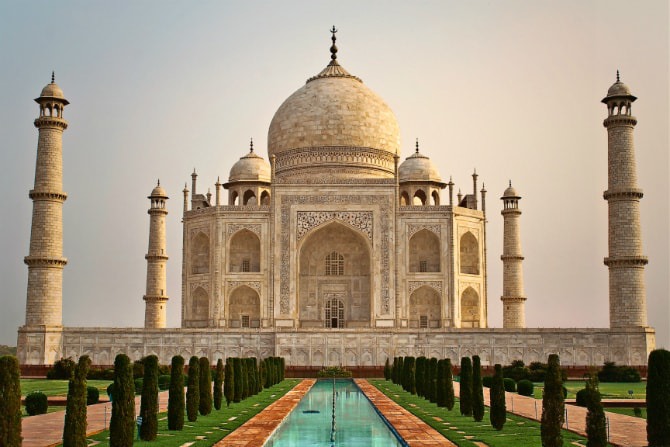 These Female Celebrities Were Caught Repeating The Same Outfit At Events.