By Anthology (self media writer) | 15 days ago 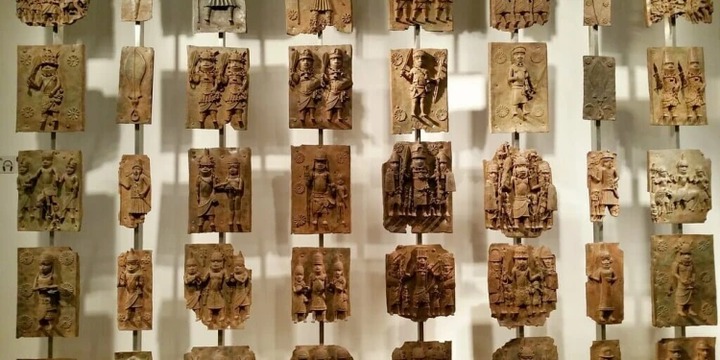 There has been endless debates over the last few decacades as to whether or not should Western countries should return African artifacts that were stolen from centuries ago. There has been much pressure applied towards countries in Europe and in North America however despite that the progess being made was that these artifacts were only loaned to the rightful owners.

Most of these artifacts were stolen during the 19th century when most of the African continent was being colonised. Since then Africa has liberated itself and most countries are developing faster economically and politically then any other country on the earth. However very little progress has been made when it comes to confronting the colonial past. Many resources were stolen from Africa including some of the continent's most priceless pieces of art. Some of the most well known to many people are being kept in the British Musuem, this woul include the Benin Bronzes from Nigeria, the Rosetta Stone from Egypt and Paleothilic Stones from Tanzania. Its is estimated that 90% of these artifcts are being held in Western Museums.

Most recently Germany became the first European country to return the Benin Bronzes. They returned about 7000 thousand collections stolen from Namibia, Mali and Nigeria. It is a good first step however it's important to highlight that their are museums who have not made a statement ast to wheter these possessions will be returned. African countries are still demanding for these possessions to be returned.

Content created and supplied by: Anthology (via Opera News )

Ladies Can Rock These Appealing Shweshwe Styles To Any Events

Look at what Dj Sbu did for the people of South Africa.