"My Daughter Knew She Was Going To Die But Hid It From Me", Mum Tells A Touching Story

By TheEyeNews (self media writer) | 6 months ago

Mrs Fausat Adeniran will remember last Sunday as a day of tragedy that will live in infamy in her family's history for the rest of her life. In what appears to be a movie scene, she tragically lost her darling daughter, Barakat, in a horrific accident that took the lives of several other people.

Several respectable media outlets have stated that the event occurred on Sunday, July 4th, in Bode Market in the Molete district of Ibadan, which has gone viral on social media and been widely reported on by several credible media outlets.

As reported by the news media, the ill-fated tanker suffered a brake failure and overran a large number of traders in the market. Not fewer than 15 individuals died as a result of the catastrophe, while a large number of others were injured to varying degrees and sent to the hospital.

Mrs Adeniran, affectionately known as "Iya Ijesha," broke her silence in a sorrowful tone two days after the unfortunate tragedy. 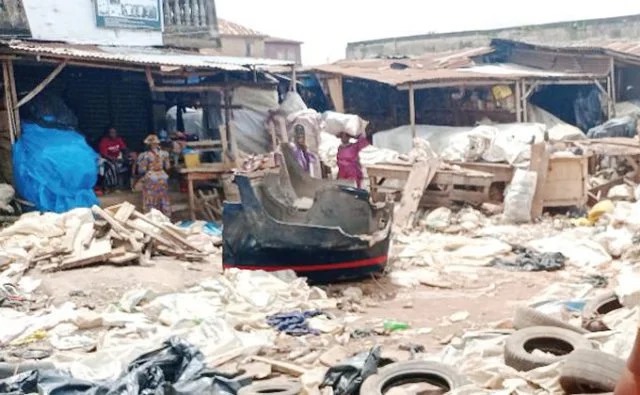 In an interview with a Punch Newspaper correspondent, the bereaved mother described how her daughter became a victim of the disaster and how she had already realized she was going to die before the accident but had kept the information hidden from her daughter.

According to her, the 24-year-old woman had informed a young girl who visited her on a regular basis that she was traveling and might not return. In contrast to this, the mother claimed that she had no plans to travel anywhere other than the voyage that she embarked on that tragic Sunday and for which she had no hope of returning.

Her confirmation came in the form of a statement from traditionalists who claimed that traders should avoid the market for seven days because of an approaching disaster they predicted. Her daughter, on the other hand, told her that she would assist her in opening her shop so that she could sell a few items.

With that decision, she embarked on a voyage to an uncharted territory with no known destination. When she and the rider attempted to pay the rider after her daughter had gotten down from a bike, she and the rider were caught up with the ill-fated tanker, which had already veered off the road and out of control of its driver. They passed away on the spot.

ND in Mass Communication from the Polytechnic of Ibadan, according to reports, was Barakat's qualification. She had also studied fashion design at the institute, and she had graduated from it. The mother verified that she had gotten her HND form in order to continue her education before she was tragically killed in an accident.

According to her brother, Adegoke, Barakat attempted to flee the scene of the accident but was electrocuted as she ran away from the location of the accident. According to reports, the truck initially collided with an electric pole, which then collapsed to the ground. It was the live wire on the pole that electrocuted her and also caused the truck to knock her down, along with the other victims, on the ground.

According to reports, the young lady had been buried in accordance with Islamic custom.

May the soul of this woman rest in peace. 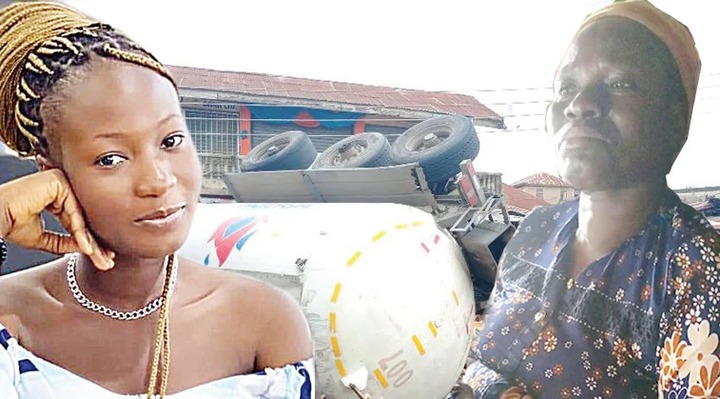