By MonaNews (self media writer) | 15 days ago

It's no simple accomplishment for an artist using a pen and paper to create convincing three-dimensional worlds in the age of technology. Yet, one Egyptian guy is defying the odds. 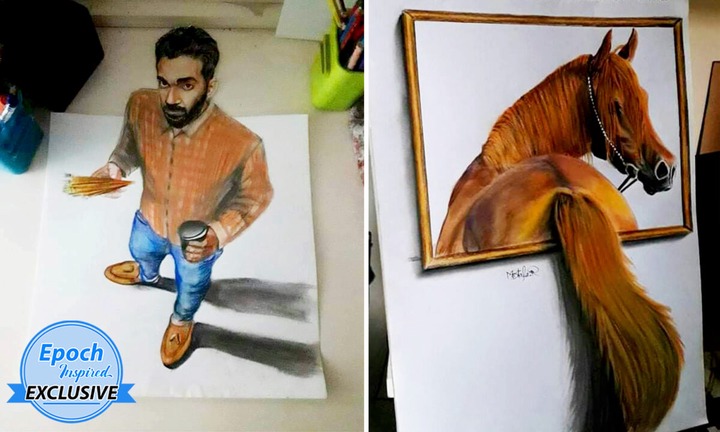 Mustafa Mohamed Samir Ragheb was born and reared in Alexandria, where he developed a lifelong passion for painting. Since moving into the realm of interior design, he has developed a devoted following for his amazing 3D paintings, which he does in his own time.

He told The Epoch Times that his style is to sketch over or on top of whatever he is working with. A pen in my hand is what happened when I started thinking: my hand started drawing right immediately. I usually do that." 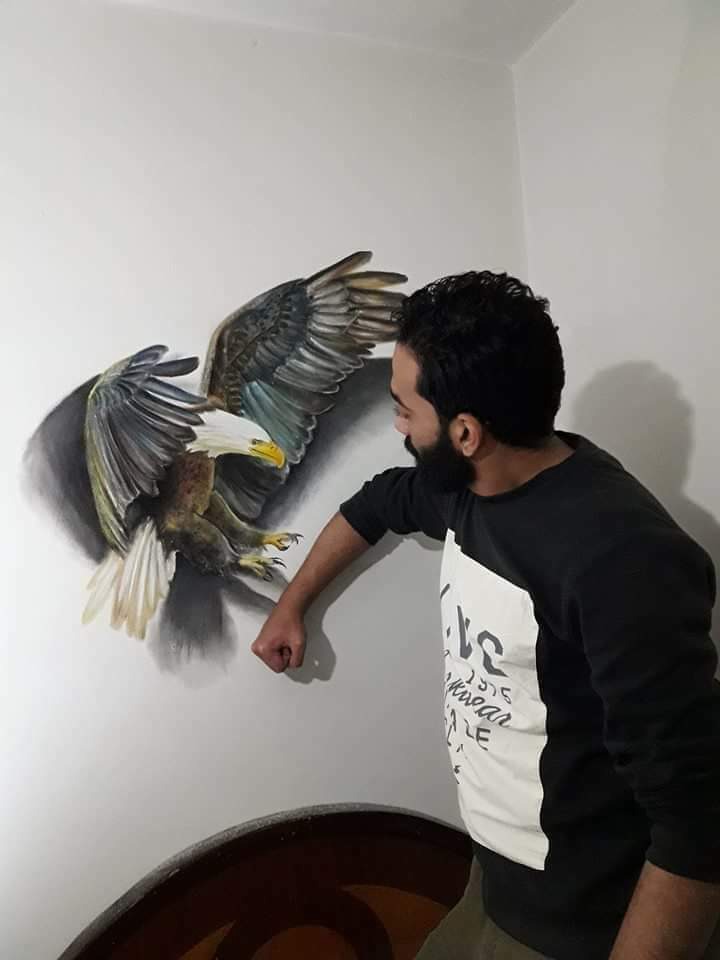 Regheb's enthusiasm for realism was already high when he found 3-dimensional sketching, which piqued his interest even further. Having a genuine image "breathing in front of you" is a pleasant sensation, in his opinion.

Ragheb is active on social media platforms such as Facebook and Instagram, where he posts images of his work. Drawing 80 images into one post, including unclockable representations of water bottles, marbles, kettles and sunglasses, the artist garnered hundreds of positive responses from visitors who couldn't believe what they were seeing. 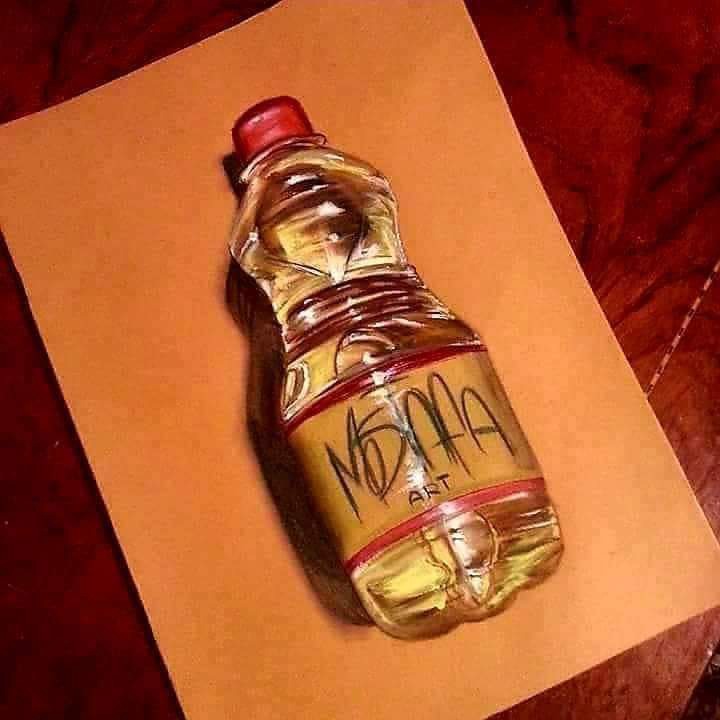 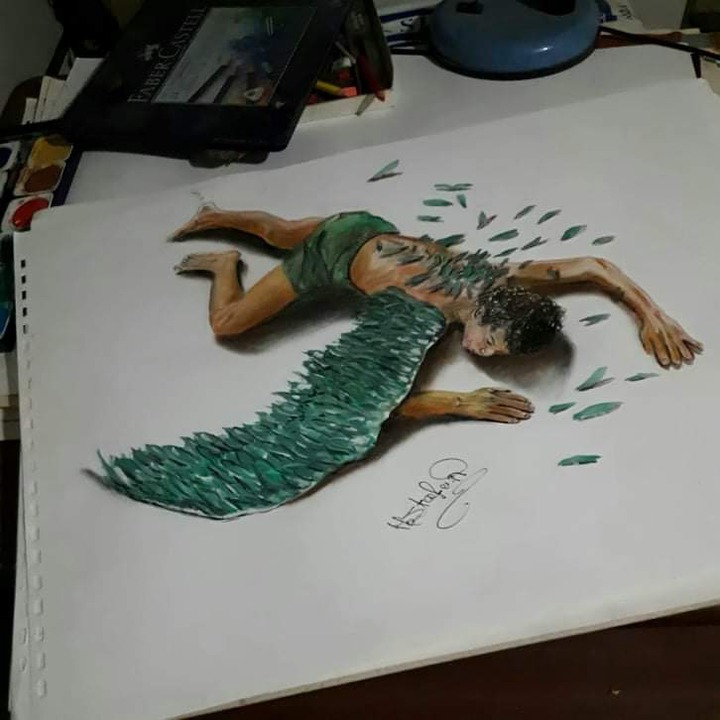 Ragheb states he will put pen to paper for anything that stimulates him aesthetically in terms of dimension, light and shadow, or reflections. Ragheb believes he will. He's particularly fond of the moon, and he claims to have spent 33 days on a representation of it.

Ragheb discovered new techniques for enhancing the 3D quality of his art as time went on and his enthusiasm for it grew.

"I came up with several ways," he told The Epoch Times, "like folding the paper on one side and sketching separately on each portion. " We can see a true hologram when we position the paper in a specific way and at a specific angle.

Also, he's not a fan of using a single colour for all of his paintings. He utilises acrylic paint, aquarelle, or gouache to add colour on occasion. 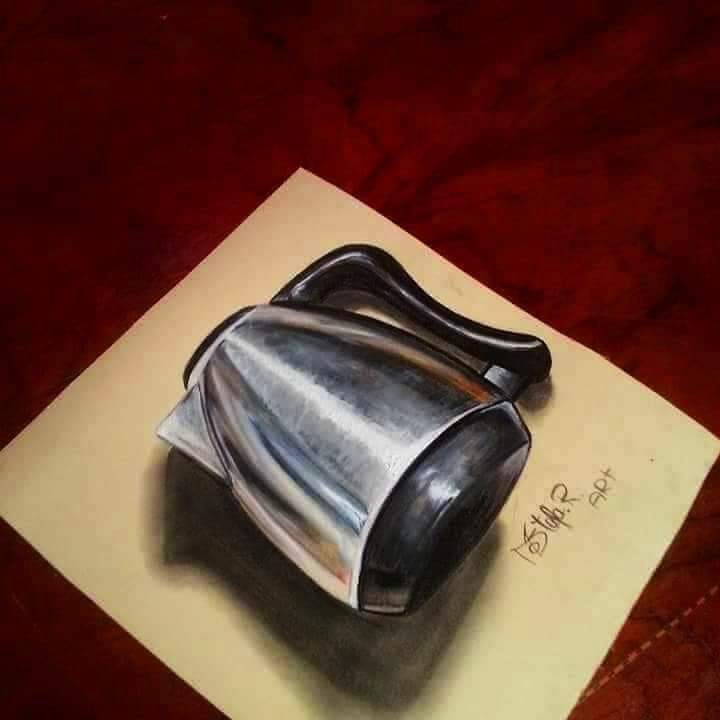 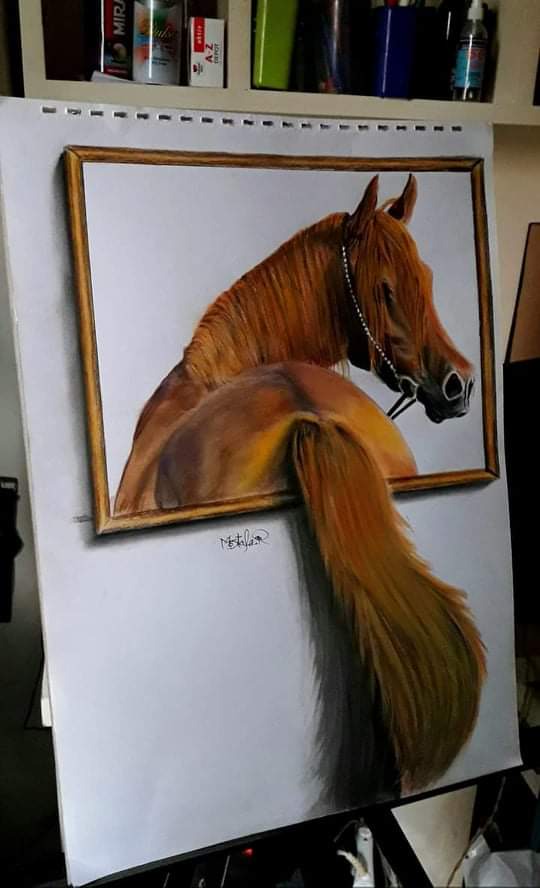 The artist claims that the variety of his materials is what sets his work apart from others and makes it easy for viewers to recognise his work at first glance.

Paintings of Ragheb might be interpreted symbolically or as evocations of powerful emotions. This picture, which depicts a horse with its tail hanging out of the frame, sends a profound message, according to the artist.

This artwork, he added, is an abbreviation of the ideas that pride, dignity, and honesty are all intertwined. As a result of some injustice, the horse in this storey moved from one location to another. The same may be said about him; he was unable to leave them, but he is also loyal to himself, leaving his friends who mistreated him despite his pride.")

The artist said that when some netizens said his work was too realistic and couldn't be drawn by hand, he was angry at first. However, he came to understand that their scepticism was a testament to his abilities as a 3D artist. 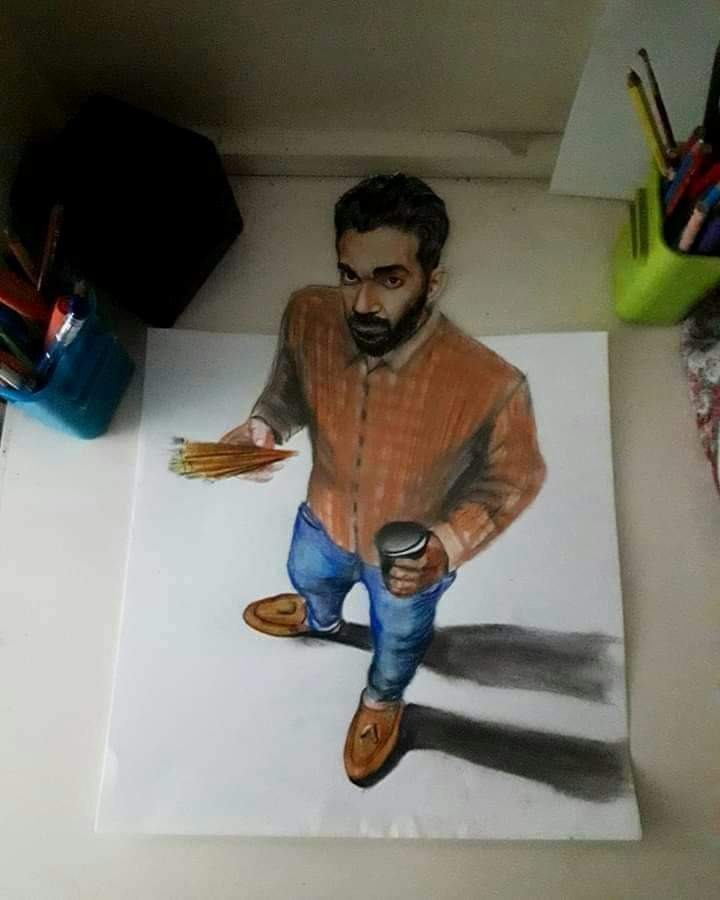 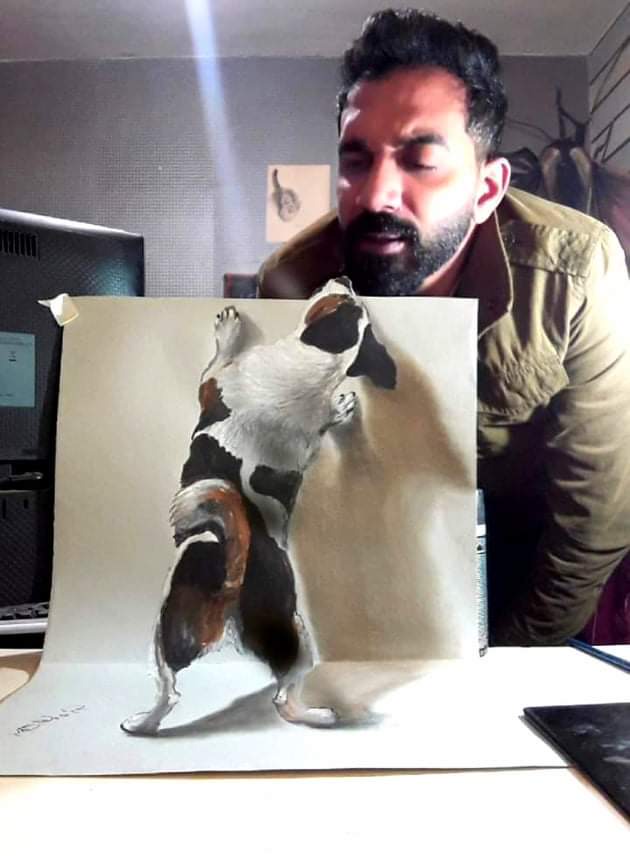 In Egypt, Ragheb is well-known for his singular abilities. He's appeared in a lot of national publications and on TV. In his opinion, it's a good thing that contemporary technology allows people like him to instantly share their creativity with the globe.

5 Step To Help Prevent Digestive Problems As You Age

Is it safe for Pitbull to be around children ?