Women have a long history of freedom, and complete gender equality is still a long way off. Things were, however, very different in ancient times. Many privileges, constraints, interests, and habits existed for women in ancient Rome, Greece, Egypt, India, and China that we are not fully aware of now.

We've compiled a list of the most fascinating facts about ancient women that are rarely discussed in history lessons.

Roman girls had their own version of a Barbie. Girls in ancient Rome were married when they were only 12 years old. Despite the fact that their childhood was brief, they continued to play with toys. A wooden doll was unearthed at the end of the nineteenth century as one of them. It was discovered in a coffin belonging to Crepereia Tryphaena, a girl who lived in 2nd-century Rome. As may be seen, it has some resemblance to our modern Barbie. It does not, however, have the ideal proportions of a modern Barbie, with a rounded belly and wide hips. In the sarcophagus, there was also a small box full of clothes for dressing the doll.

Ancient Egyptian women had an equal right to inherit the throne

Many other ancient kingdoms were not as democratic as Egypt. The fact that any ruler's child, regardless of gender, may inherit the throne was the most compelling evidence of this. Men's and women's rights were nearly equal, which was unusual at the time. Furthermore, in ancient Egypt, the family line was drawn from the mother's side, not the father's. This arose from the notion that if the mother is identified, the inheritance can be established (since DNA tests for dads were not accessible at the time)

Greek women had the right to divorce 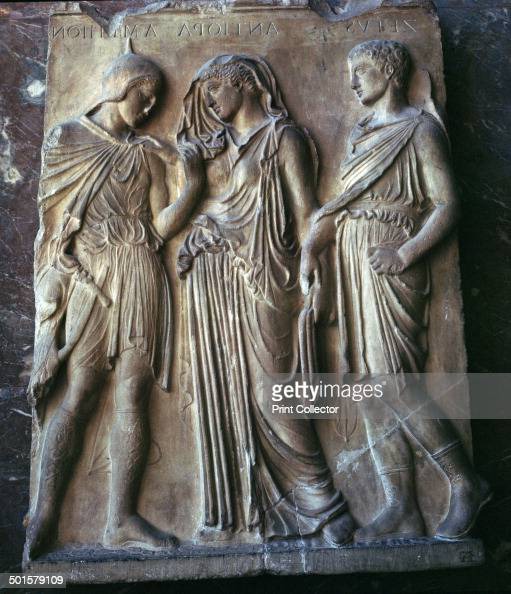 Despite the fact that women in ancient Greece were not considered citizens and their rights and liberties were severely restricted, the divorce process was quite straightforward. A woman just needed a male representative to make the divorce deal in her name if she wished to divorce her husband. If a man desired a divorce, all he needed to do was kick his wife out of the house. 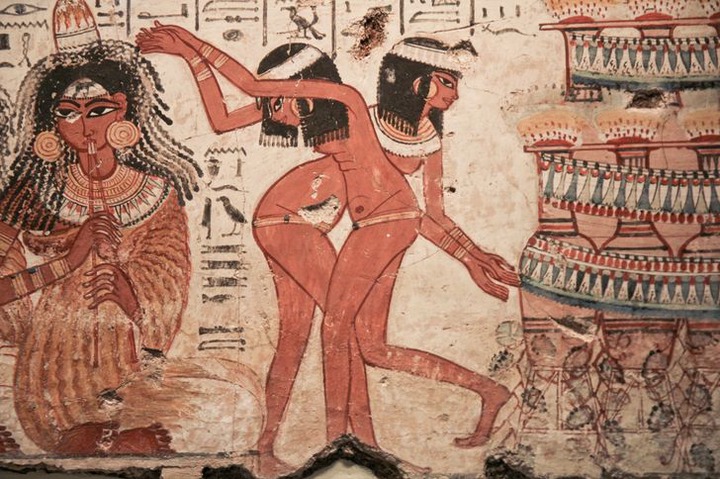 It was unusual for a woman to be actively interested in religious matters. Ancient Egypt, on the other hand, was an outlier. In Egypt, women might hold the title of "God's Wife," which was associated with several gods. The most prominent position, however, was that of "God's Wife of Amun." This was an honorary title bestowed on a lady (of any social class at first, but afterwards of the upper class) who would help the high priest in ceremonies and care for the god's statue. Also, being a housewife was not common, and women used to mix in society. Women are shown as professional musicians, dancers, and party guests in a variety of objects. 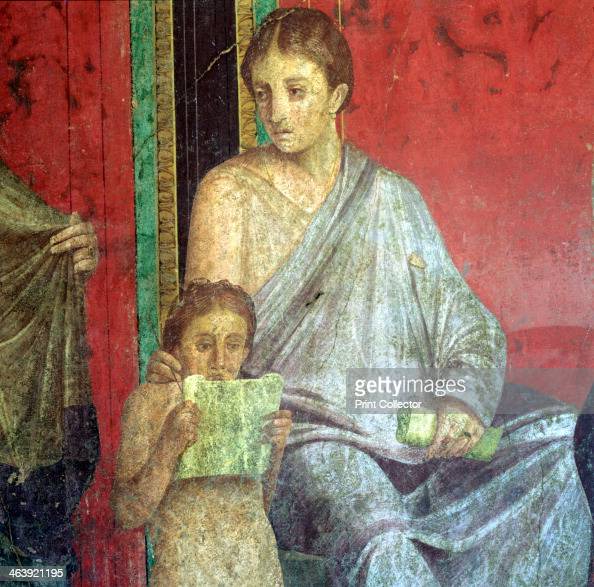 In ancient Rome, the education of women was a contentious issue. At school, most girls were taught the fundamentals of reading and writing. Some families, on the other hand, wanted their daughters to gain a broader education and hired private tutors for advanced grammar and Greek studies. The goal was to make a girl more influential by making her literate and interesting as a companion to her husband. 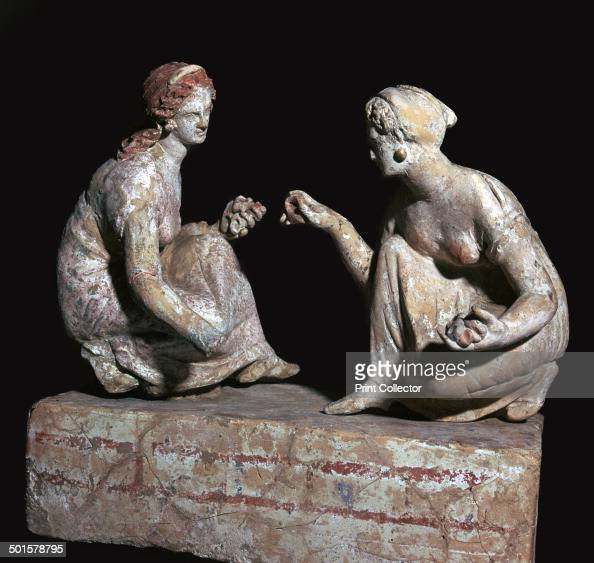 Women in Greece loved a variety of activities, including "knucklebone" (astragalos), a game that is comparable to modern-day "jacks." Throwing the "knucklebones" into the air and catching as many as possible with one hand was the goal of the game. The "knucklebones" were either sheep or goat anklebones or ivory, bronze, or terracotta versions.

Roman women were quite athletic 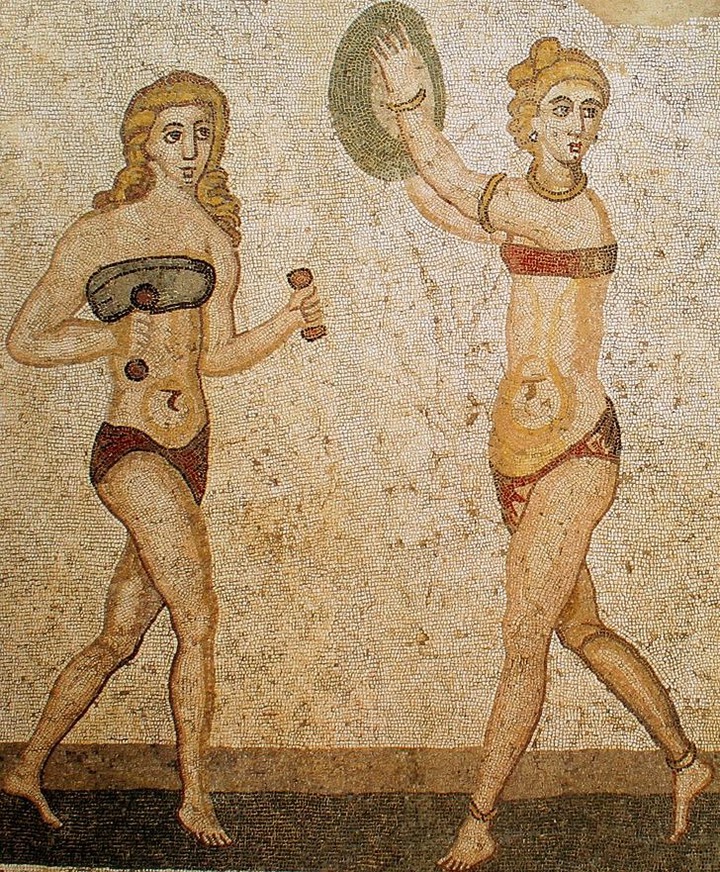 The same mosaic demonstrates that Roman women enjoyed athletics as well. This new dumbbell prototype appears to be rather remarkable. Women in ancient Rome had a diverse range of recreational activities and a vibrant social life.

A woman in ancient China had almost no rights and was regarded as her husband's property. Professional matchmakers arranged marriages, and a lady usually met her spouse for the first time during the ceremony. The groom's parents were normally seated at a conventional wedding, while the bride wore a red gown and a blue headdress and served tea to her mother-in-law. The groom wore a ribbon in front of him that formed a "X." Failure to bear a son, evidence of infidelity, lack of filial piety to the husband's parents, thievery, suffering from a virulent or infectious sickness, jealousy, and talking too much were all causes for a man to divorce.

Indian women were free to choose their husbands.

This is, to say the least, intriguing. Arranged marriages are still very common in India today. In ancient times, however, a woman was considered equal to a man. She had the right to marry anytime she pleased, not only when she chose her husband. Women in India were also given a decent education and were allowed to participate in initiation and study the Vedas.

Demanding for Deportation of Somalians is a Cheap Hate Reserved for Africans - Somalian Man Says.

RIP| She was burnt alive on her way from work. See how it happened

Just do it? Nike boss admits to committing murder