According to Carl Niehaus, what he witnessed this morning in Rosebank was pure racism and slavery. 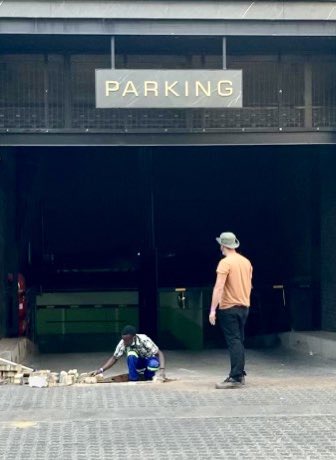 The ANC’s suspended Carl Niehaus has come out guns blazing blaming the ANC for what he experienced this morning as he was taking a drive.

Niehaus took to Twitter his frustration of what had happened and clearly as seen on the tone of his tweet that it angered him and had him disappointed.

Carl Niehaus went on to post the image and asked the people to guess the date in which the photo was taken. He went on to say that it was not during the Apartheid era.

He then stated that the photo was taken by him on Sunday morning (today) at Rosebank. He said that the white man in the picture was watching the black worker with an owl’s eye as he was cleaning.

He then stated that racism was indeed still alive and stated that as the ANC they should be ashamed for having allowed racism to live so long.

The photo shows the black man cleaning on the floor as the white man is right on him watching him closely.

Prayer: Holy Spirit, Assist Me To Sincerely Assess My Spiritual Position So As To Pray Accordingly

Moroka Swallows has sent packing all their coaching staff| Who could be their next coach ?

These Two Ladies Want To Put An End To Illegal Migration In SA, But There Is a Problem