Xhosa People| How They Settled And Built Their Nation

By Maringozen (self media writer) | 7 days ago 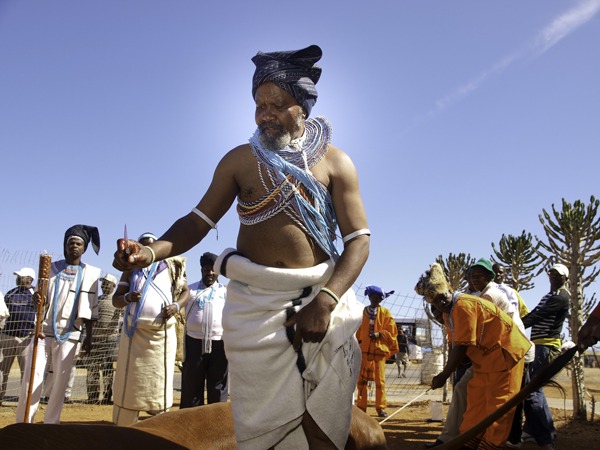 Xhosa People are one of the Nguni people found in South Africa. Just like any Bantu tribes they came all the way from Egypt towards the great lakes then arriving in the Southern Africa around the 5th centuries. Other historians say AmaXhosa originate from intermarriage between aMazimba and some abambo who arrived here in Southern Africa about the 5 centuries. As these groups settled in what is today KZN. The abambo and aMazimba mixed together forming Xhosa groups that scattered in the coast where it is Eastern Cape today.

Around the 1700-1835 the Xhosa settled in areas that had a lot of grass suitable for grazing was divided by rivers. The Xhosa people in these areas were divided by their settlements located close to the river. History says the Xhosa people were staying near rivers to be able to drink and do house chores. Even do the land is suitable for planting maize, pumpkins, potatoes etc. The geologist found it lacked minerals for mining. Xhosa provides are very good in maintaining the environment by making rotational grazing. During Summer they move to the area with plenty of grazing land and return to the other part during winter. 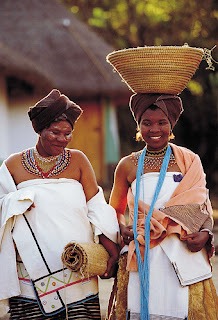 The Xhosa are the second largest cultural group in South Africa, after the Zulu-speaking nation. The Xhosa language (Isixhosa), of which there are variations, is part of the Nguni language group. Xhosa is one of the 11 official languages recognized by the South African Constitution, and in 2006 it was determined that just over 7 million South Africans speak Xhosa as a home language. It is a tonal language, governed by the noun - which dominates the sentence.

Stories and legends provide accounts of Xhosa ancestral heroes. According to one oral tradition, the first person on Earth was a great leader called Xhosa. Another tradition stresses the essential unity of the Xhosa-speaking people by proclaiming that all the Xhosa subgroups are descendants of one ancestor, Tshawe. Historians have suggested that Xhosa and Tshawe were probably the first Xhosa kings or paramount (supreme) chiefs 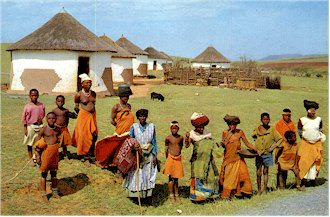 The Xhosa people have various rites of passage traditions. The first of these occurs after giving birth; a mother is expected to remain secluded in her house for at least ten days. In Xhosa tradition, the afterbirth and umbilical cord were buried or burned to protect the baby from sorcery. At the end of the period of seclusion, a goat was sacrificed. Those who no longer practice the traditional rituals may still invite friends and relatives to a special dinner to mark the end of the mother's seclusion.

Male and female initiation in the form of circumcision is practiced among most Xhosa groups. The Male abakweta (initiates-in-training) live in special huts isolated from villages or towns for several weeks. Like soldiers inducted into the army, they have their heads shaved. They wear a loincloth and a blanket for warmth, and white clay is smeared on their bodies from head to toe. They are expected to observe numerous taboos (prohibitions) and to act deferentially to their adult male leaders. Different stages in the initiation process were marked by the sacrifice of a goat.

The ritual of female circumcision is considerably shorter. The intonjane (girl to be initiated) is secluded for about a week. During this period, there are dances, and ritual sacrifices of animals. The initiate must hide herself from view and observe food restrictions. There is no actual surgical operation.

Missionaries introduced the Xhosa to Western choral singing. Among the most successful of the Xhosa hymns is the South African national anthem, Nkosi Sikele' iAfrika (God Bless Africa). It was written by a school teacher named Enoch Sontonga in 1897. Xhosa written literature was established in the nineteenth century with the publication of the first Xhosa newspapers, novels, and plays. Early writers included Tiyo Soga, I. Bud-Mbelle, and John Tengo Jabavu.

Although they speak a common language, Xhosa people belong to many loosely organized, but distinct chiefdoms that have their origins in their Nguni ancestors. It is important to question how and why the Nguni speakers were separated into the sub-group known today. The majority of central northern Nguni people became part of the Zulu kingdom, whose language and traditions are very similar to the Xhosa nations - the main difference is that the latter abolished circumcision.

They then divided naming themselves by their chiefs who ruled them.