Leonard is considered beyond an ordinary genius some examples include;

Da Vinci was a prolific inventor

He designed a workable precursor to the modern diving suit

He was the first one to introduce concepts of flying machines like parachute, glider, helicopter and landing gear through his studies of the flight of birds

Leonardo’s Mona Lisa and The Last Supper have distinctively held positions as the most famous and religious paintings of all time, most reproduced and copied.

In 1472 the renaissance artist entered the Florence Painting Guild and set up his workshop. Leonardo, as a painter, completed six artworks in Milan in 17 years.

10. Saint Jerome in the Wilderness

This painting of the genius is incomplete. The painting reflects Saint Jerome after plucking the thorn from Lion’s paws.

What is remarkable is that, as customary, Leonardo did not give him a beard.

In 1480, Vinci started painting this tempera and oil on walnut panel, but due to some unknown reasons, he had to stop his masterpiece.

The specialty of this painting:

At the end of his life, the picture shows St. Jerome, a hermit in the woods, alone except for his lion companion–a prevalent theme of the Renaissance.

Yet, alone, he represents the penitent saint in a time of private deep slumber in a deeply touching, intimate portrayal. As Jerome looks on his crucifix, his religious fight is over. 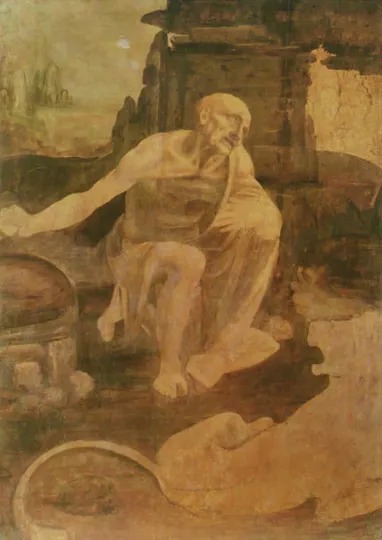 The portrait of Ginevra de Benci is the only publicly displayed artwork by Leonardo da housed at the National Gallery of Art, Washington DC.

It is one of Leonardo’s earliest works, completed in his early twenties, showing some unusual painting techniques he used in his life.

It is one of the first recognized paintings of Italian art for three-quarters view.

In about 1474, Vinci created this and is often regarded as one of the most famous Leonardo da Vinci Paintings.

A palm of laurel surrounds the background of the picture, the sprig of juniper, and each one of the flowers are surrounded by a phrase containing “Beauty adorns virtue.”

The truncated appearance of the opposing side suggests that the painting was cut down, possibly due to water or fire damage. 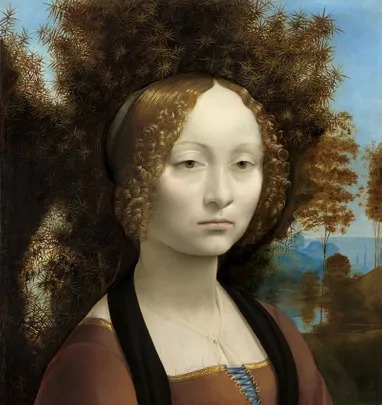 8. Lady with an Ermine

Many art historians have identified the young lady with Ermine as Cecilia Gallerani, mistress of Leonardo’s patron’s, Ludovico Sforza, the Duke of Milan.

Although Leonardo’s knowledge of anatomy in this is painting is over proved.

It’s because of his ability to portray a character in posture and expression, particularly the bleak backdrop.

In its guileless characteristics, attentive eyes and a gentle touch, the girl depicts the youth and dynamic nature of the ermine.

Her slim hand shows the complex bones structure under the skin, as the skull underneath the fur shows the head of the ermine. 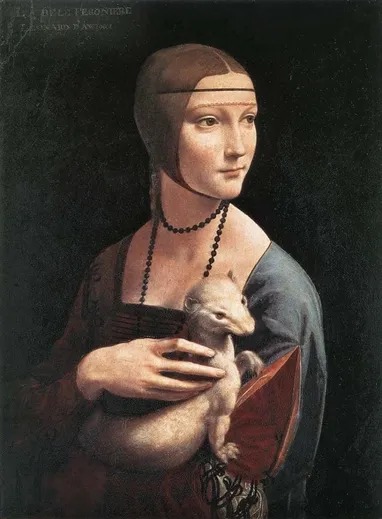 Leonardo, in his last days, was more isolated than he ever was. He used to buy bodies from local hearse centers.

He used to dissect dead bodies and do extensive analysis, examine the moment and structure of various human cells.

Specialty of these sketch works:

Perhaps his most popular anatomical painting was a 100-year-old person who was in perfect health hours before his death.

Leonardo dissected his body to look “the cause of such a sweet death,” to discover cirrhosis in the liver and blockage of an artery in the heart describing the first-ever coronary tissue in the world.

Many argue that Leonardo had way more artworks & drawings than we had discovered yet. 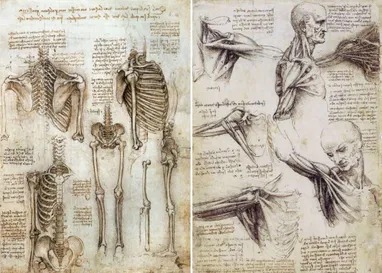 6. Virgin of the Rocks

The Virgin of the Rocks is the name of the two oil on wood panel paintings with the same subject, and of exact design, except for main details.

In the Louver in Paris, the version considered to be the first, the earlier version of both is unrestored.

The other restored version is hanging at the National Gallery, London.

Both pictures depict the Madonna and Christ Child in the rocky setting, with the infant John the Baptist and an angel.

The first painting shows how the high Renaissance was carried on by Leonardo.

In a mysterious rocky landscape, a young virgin Mary is sitting down on the floor, not on a stool.

Her body is moving — it feels like she tilts her head protecting to the baby John, who is kneeling to the left in his worship, and she feels as if she is moving him to the Christ Child to the right.

Infant Jesus blesses John, seen from behind in a complicated position, points towards John while looking at the viewer. 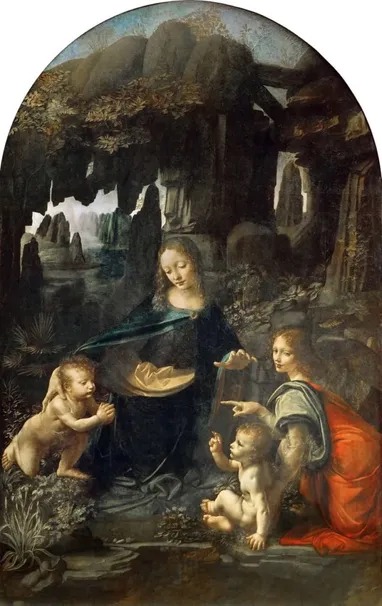 5. Portrait of a Man in Red Chalk

At around 60 years of age, Leonardo is commonly thought to have drawn the self-portrait in red chalk.

The red chalk of an ancient guy with lengthy wavy hair and beards has long been considered as a self-portrait and is so represented that it describes how the majority believe about the appearance of Leonardo. 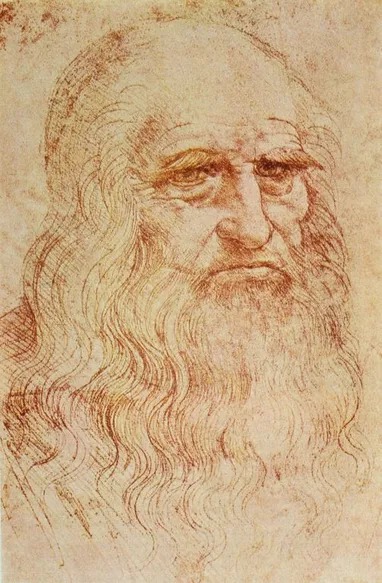 Vitruvian Man is one of Leonardo’s many notes he held on to during his aging years.

It comes followed by remarks in the perfect human proportions handed down in a book on 1st century BC by the Roman painter Vitruvius.

Specialty of this sketch work:

The sketch shows the hypothesis that the perfect person can combine two irreconcilable forms into a circle and a square.

The illustrations show Leonardo’s efforts to comprehend significant documents but also his willingness to broaden them.

His illustrations subsequently became most iconic, partially because of his mathematical, philosophical, and artistic combinations, which appear to have been a fitting sign of the Renaissance. 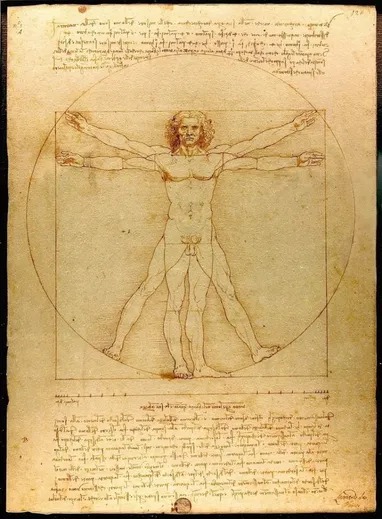 Many experts noted that it represented the image of Jesus.

But other doubt about the rigid position, which was so distinctive from the typical sweeping postures observed in other Leonardo’s artworks.

A third general view is that the painting is hybrid, as Leonardo’s students did the primary color job, and the great master took the last touches.

The auctioneer further affirmed that conservators had confirmed that Leonardo made the painting of the same material that Leonardo, particularly ultramarine blue, often reserved for the rich, was a very costly, high-quality pigment.

It was concluded that a rich person hired Leonardo to make his painting.

Since that evening in November 2017, “Salvator Mundi” has not been seen in public.

Many speculate that a Saudi Prince bought the painting for $450 million for his private collection, making Salvator Mundi as the most expensive painting in the world.

The Louvre Abu Dhabi, which previously announced its appearance, postponed the grand opening last year without any explanation.

This confusion has given it the source of intense speculation. 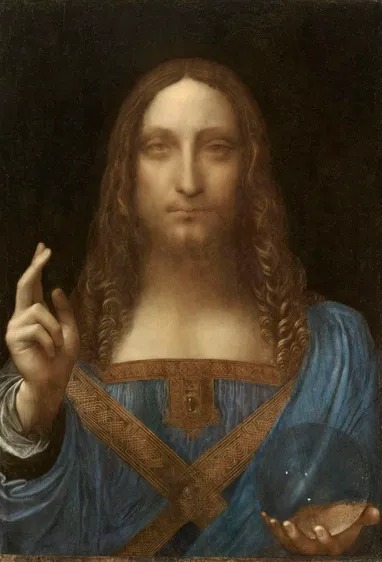 Ludovico Sforza, the Duke of Milan and the Patron of Leonardo during his first stay in Milan, commissioned Last Supper.

It is one of the most famous works in the world.

The painting is housed in Santa Maria Delle Grazie, a church and a convent in Milan.

Leonardo was fascinated by how to reveal the personality of a man in posture, speech, and gesture to show a distinctive response.

The Apostles’ positions are rising, falling, extending themselves, and intertwining as they seem to yell, shout, grieve, and debate around Jesus.

The work was soon disintegrated after Leonardo completed it, because of the experimental paint technique in which he employed tempera or öil paint on two preparatory stages.

But observers can still see this as a complex study of diverse human emotions, which can be disclosed in a clear narrative. 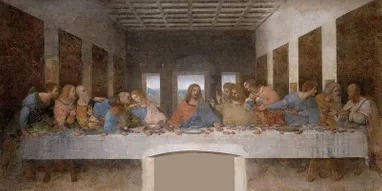 Mona Lisa (La Gioconda) is the only thing that comes into your mind when you hear “a masterpiece,” making it the most famous painting in the world all the time.

Every day, the Mona Lisa attracts thousands of visitors to the Louvre Paris Museum, many of whom are compelled by the mysterious gaze and the enigmatic smile.

A youthful woman’s typical image modestly dressed in a thin, dim-colored veil, and no jewelry confuses her spectators.

The simplicity of this oil on panel painting is realistic. The subject’s gently shaped features show Leonardo’s method used for modeling subtle light and shadow gradations rather than lines.

The complex expression of the woman only increases the painting’s mysteriousness.

Scientists have learned why the expression of Mona Lisa looks so different from people at various times.

Art lovers and critics are puzzled by the gaze and the slight smile for centuries and debated it-or is it a grimace?

The famous Mona Lisa’s famous riddle is based on their own emotions at the time, according to new research into perception and neurology.

Mona Lisa’s smile may engage or mocking–viewers can’t find it out, because the subject is a sophisticated figure like a human being that simultaneously represents counter-characteristics. 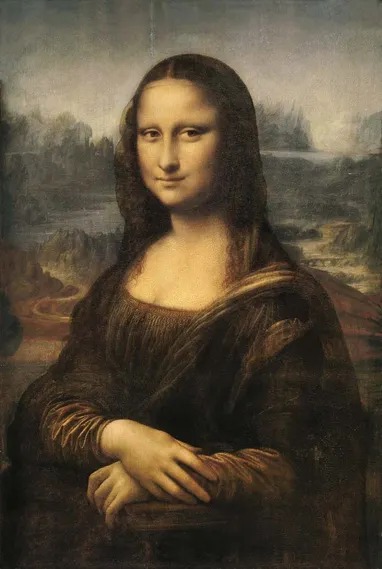 8 MOST EFFECTIVE Foods For Burning FAT

Love Does Not Judge. Check Out Transgender Couple Causing Stir Online With Their New Child Birth

Watch: Carjackers Unbelievably Bypassed The Spikes In The Parking Lot

What's in store In A 6-Month Relationship - How Close Will You And Your Partner Be?