Sad Story of Woman Who Wore Iron Mask Until She Died. This is Why

In the nineteenth century, she went by the name Escrava Anastacia and lived in Brazil as an enslaved African lady.

Anastasiya was revered in Brazil as a saint and heroine, according to tradition and culture of the city of Rio de Janeiro. Anastasia was known for possessing exceptional beauty, which was accentuated by her piercing blue eyes. 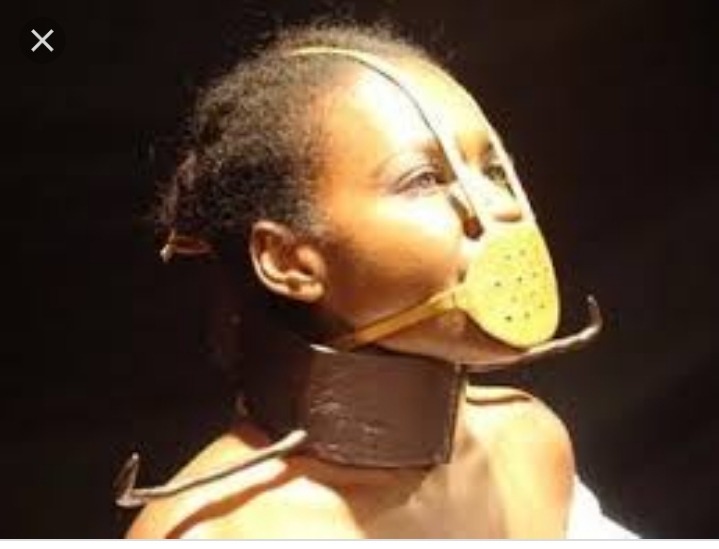 Among the descendants of slaves as well as the impoverished in Brazil, she has now earned a cult following.

But how did this disguised lady become such a significant figure in Brazilian history and culture, particularly within the context of Rio de Janeiro's culture of black history?

It is unclear how she came to be associated with Delminda, a black lady from the Bantu tribe (which originated around 2,000 years ago in southern Nigeria and Cameroon) who was a daughter of the royal family of Galanga and was sent to Brazil in 1740 together with a shipment of 112 slaves.

During her pregnancy with Anastacia, Delminda was raped by her white owner and sold to Joaquina Pompeu, who raised her as her own.

Many people on the plantation admired Anastacia as a child and she grew up to be very attractive. She even became a source of obsession for Joaquin Antonio, the owner's son.

The white women were increasingly envious of her and persuaded Joaquin to force her to wear the slave mask to protect her identity.

As a result of Anastasia's refusal to accept Joaquin's approaches, he battered her and forced her to wear an iron mask for the rest of her life as punishment.

Forcibly wearing the mask, she could only take it off to eat once or twice a day, and she had no choice but to comply.

Before the metal from the mask turned toxic and she died of tetanus, she lived for several years and was exposed to a number of other brutal treatment methods.

Her owners are said to have tortured her to death, and she is said to have pardoned them for their actions before she passed away. The legend goes that she possessed some sort of mystical healing ability and even cured her owner's son of a life-threatening illness.

She was no longer a slave once her master died, and she no longer had that status. A slave cemetery in Rio served as her final resting place, and her ashes were interred at the Church of Rosario. Her ashes, on the other hand, were destroyed in a fire.

“We needed her womb to carry out the Operation - Bontle's Killers Confesses. (Opinion)

“If it was during the Zuma administration loads shedding would have been ended” Moeletsi Mbeki.