Xhosa culture and traditions are seen every day in South Africa because of the dominance of the ethnic group, being the second largest in the country only after the Zulu tribe. With more than 10 million people scattered across South Africa and Zimbabwe where they are considered to be a minority ethnic group with less than half a million people, the Xhosa people are closely related to the Bantu-speaking ethnic group; Nguni.

Like many other ethnic groups in Africa, the culture of the people has survived centuries in spite of the influence of western civilization. The different traditions are passed on to the people by their fathers and they have managed to survive centuries as each generation has a responsibility of adhering to the Xhosa culture and traditions while also passing them on to the next generation.

Things such as the language, marriage rites, rituals associated with the passage, religion, inheritance, festivals, and many other things still remain the same even though there are some aspects of the culture and traditions of the people that have already given or are slowly giving way to westernization.

Even though most other cultural groups in South Africa have special festivals to celebrate certain things, the Xhosa people do not have many of such. In fact, they are mostly known to observe all other holidays as the other groups in the country. They celebrate things such as Christmas and other Christian holidays, Day of Reconciliation, and Heritage Day.

There are, however, many important ceremonies that are held highly in the Xhosa culture and traditions. Most of the ceremonies of the people and their festivals come in the winter months because at this time, the harvest must have been completed and there is not much work so people get to relax more and celebrate. Among the ceremonies sacrosanct to the people are the following:

This is one of the most important ceremonies among the Xhosa people, even though it is not widely known in the whole of South Africa. Mostly practiced in the Eastern Cape, this cultural event is highly significant because it marks the return of young boys from being initiated into manhood; following the custom of Ulwaluko. This ceremony can only be done after the circumcision of a man because he is not yet considered to have entered into manhood unless he is circumcised. Interestingly, a child not circumcised in the traditional Xhosa setting cannot inherit his father’s wealth, he cannot officiate tribal rituals, and he cannot get married. It is a family event that occurs once a year, during which families and friends are invited to come and share food and drinks. The young man being initiated receives gifts and goodwill from others. The ceremony is not all about eating and drinking as the young man being initiated is also made to seat on a traditional mat known as ukhukho in a kraal. Men will come to him and advise him on his journey ahead as a man.

He is then kept in a separate room where he would reflect on his coming journey into manhood. Before then, he will have the time to talk to the different people that have brought gifts and other items to him.

Yet another important event among the Xhosa people is the intshatshoba ceremony which is said to take the form of a festival. This is celebrated during the farming season with the |owering of maize. The ceremony is not as popular as it used to be in the traditional setting. During this ceremony, young people come out and dance. The ceremony is mostly performed by young unmarried girls. 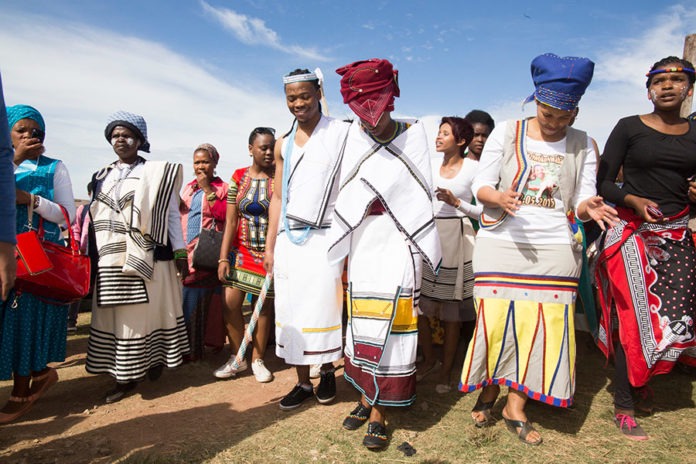 While this is not a festival, it is a major ceremony among the Xhosas when they get a new king following the passage of an old one. This is not a regular ceremony because one may only get to witness it only once or a few times in a lifetime if a king dies. The new AmaXhosa king is selected from the lineage of the old king. The coronation of a Xhosa king is marked by a ceremony that would last for more than a day. 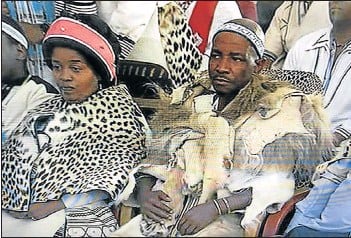 Multitudes, including political and other traditional rulers would be in attendance in the small town of Willowvale which is the home of the Xhosa royal family. During the ceremony, the shoulders of the prince being coronated would be covered with a lion skin and he will be presented with the staff of office which is a symbolic stick that grants him recognition as the king of the Xhosa people.