The Touching History Of Sarah Baartman. Read What Was Found 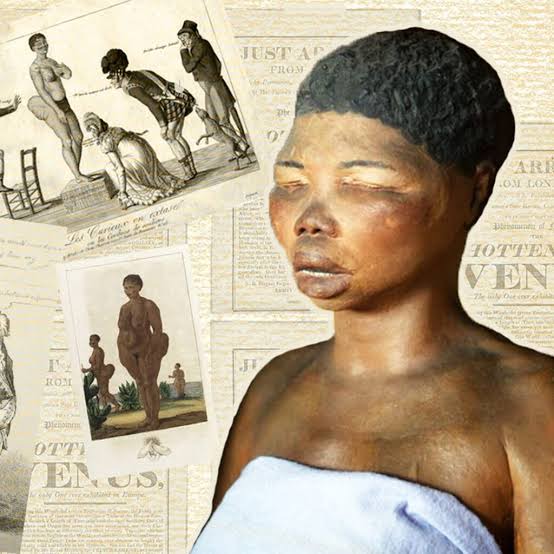 Sarah Baartman was born from the family of Hottentots. The first people to arrive in Southern Africa together with the Khoisans. Her name of birth is Ssehura. Which she was given by her Khoisan parents. It's thought she was born about 1789 in the valley of Eastern Cape. She was given the name Sartjie which means Sarah by the white man who bought her into slavery; during Dutch East movement.

The remains of Sarah Baartman are buried in a modest grave in the tiny farming village of Hankey in the Eastern Cape. Austere, brown stones mark the site, and a plaque somberly highlights the hardship and exploitation of her short life. Although she died in 1815 she was only buried in her current resting place in 2002, and her grave has been declared a South African National Heritage Site. But who was Sarah Baartman and how did life take her from a rural Khoisan village to becoming the “Hottentot Venus” of London and Paris? Here are 11 little-known facts of the life of Sarah Baartman. 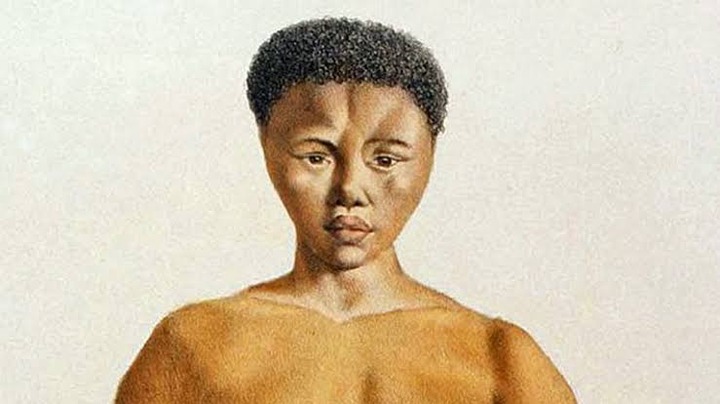 During her early days she lost both her parents. She started working on a farm where it is believed she worked as a servant. During that time the hottentots had a fight with the Boers, who were starting to enslave their people. That resulted in enslavering of Sarah who was taken by Cesar. Soon Cesar took her to Cape Town where her her life changed forever. She was 16 years that time.

Arriving in Cape Town she became the center of attention; due to her having unattractive features which Europeans saw as unhuman. She had an African physique which we Africans value and are proud off. But Europeans just saw a subhuman that needed to be shown in Europe through mass display viewing. This caught the eye of William Dunlop. 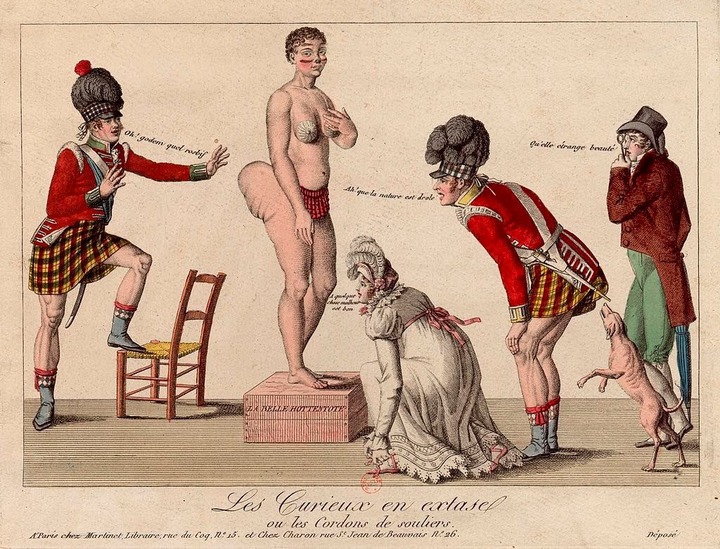 Dunlop put Sarah on display in London as a primitive and extraordinary phenomenon of nature, exhibiting her half naked body to anyone who was willing to pay the one shilling admittance fee. For a higher price, the more affluent in society could touch her. Her large buttocks, in particular, were a point of interest. London fashion at the time emphasized women’s derrieres with extravagant bows and frilly bustles and Sarah’s buttocks where grotesquely inspected and secretly craved.

Although it has been said that a contract of agreement was signed between Sarah and Dunlop, this is highly unlikely as Sarah would not have been able to read or write. However, her contract allegedly stated that she would work as a domestic servant and be exhibited for entertainment purposes. For this inhuman employment, she would receive a portion of the entertainment earnings and be allowed to return to South Africa after five years. 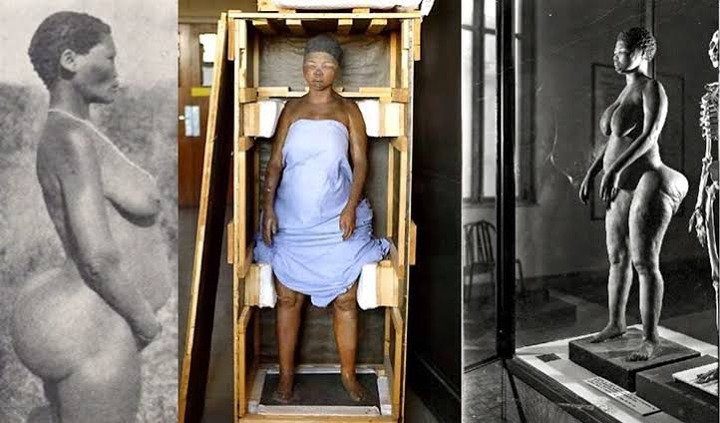 Sarah never did make it home alive and after being put on display as a half-clothed oddity in London she was taken to France and sold to an animal handler. Here her exploitation and degradation intensified as she was led around and given instruction like an animal. The incident which made her to be a drunkard and loose hope.

Popular white European opinion of the time viewed Africans as an oversexed, primal, lesser race, representing the link between animals and humans and the lowest form of human development. As time went on she died from syphilis and depression which was caused by being il treated.