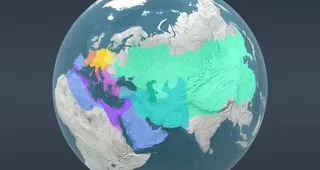 The history of human culture has seen countless empires rise and fall.

Many of these empires had a regional or worldwide influence on history. Still, it could be said that some kingdoms were “greater” than others.

However, the ‘greatness’ of an empire is not an easily quantifiable aspect, as several factors are to be considered.

An empire must have political and military control over various communities with diverse cultures and ethnicity to quantify the territory.

The Portuguese Empire was the earliest and longest-lived colonial empire in European History.

The period ranges from the capture of Ceuta in 1415 to return of Macau to China in 1999 (almost six centuries).

Portuguese explorers began exploring the African coast in 1419 by taking advantage of the latest developments in shipping, navigation, and maritime technology in search of a naval route to the source of profitable spices.

In 1488, Bartolomeu Dias reached the African coast of the Cape of Good Hope, and in 1498, Vasco da Gama reached Goa, India.

At its height in the year 1815, the Portuguese Empire covered regions known today as Brazil, Mozambique, Zambia, and Zimbabwe, as well as other areas of Africa that extended across four million square miles. The Yuan dynasty was founded by Kublai Khan, leader of the Mongolian Borjigin clan after the Mongol Empire was distributed between Genghis Khan’s sons.

Kublai got his share of land almost covering China covering and transformed it into the new empire or ruling dynasty of China.

Although the Mongols had ruled territories over decades, including today’s northern China, Kublai Khan declared the dynasty officially in the traditional Chinese style until 1271.

Stability and peace in China brought some economic prosperity as international trade was promoted by Kublai and his successors.

Under the Yuan dynasty, the now united country was open to the broader world. 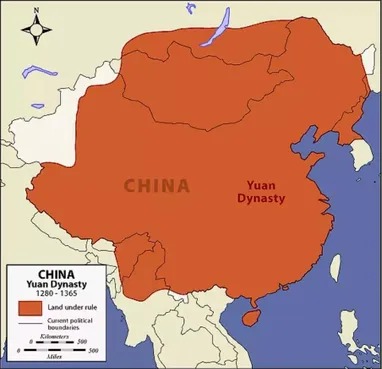 Muawiya, who served as governor of Syria under the Caliphate of Rashidun after the death of the fourth Caliphate, Ali, in 661 CE, founded the dynasty of The Umayyad Dynasty.

It was the first dynasty to get the title of the caliphate.

The Umayyads were able to rule the political authority of the caliphate effectively and firmly, the rebellions were brutely crushed, and no quarters were granted to those who instigated uprisings.

Under the stable authority, the Arabic Culture flourished, and the period is often considered the formative period in Arabic art. 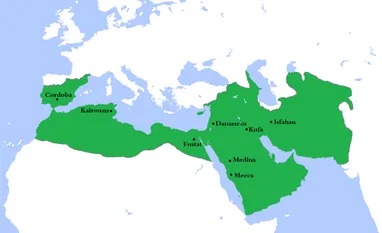 The Caliphate of Abbasid ruled over most of the Muslim world lasted between 750 and 1258 A.D.

The Third Islamic Caliphate overthrew the Umayyad Caliphate, which at that time took power in all but the westernmost limits of Islamic holdings.

With substantial help from Persia, they defeated the Ummayads and decided to de-emphasize ethnic Arabs by re-establishing a multi-ethnic entity in the Muslim Caliphate.

The control of power and the focal point of cultural life in the Islamic middle east shifted eastward from Syria to Iraq.

In 762, Baghdad, the circular city of Peace, was founded to the east as the new capital and was the centre of Islamic political and cultural life. 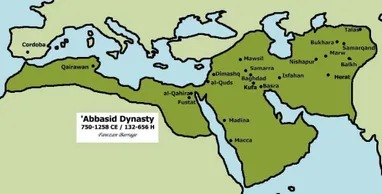 While the government machinery of the Second Empire was practically the same as that of the First, it had different founding principles.

Concerning land area, the Second French Colonial Empire, in 1936, was the second-largest in the world at that moment.

The Qing dynasty was the last imperial dynasty in China, which was officially known as the Great Qing.

It preceded the Ming dynasty and was succeeded by the Republic of China.

During the reign of the Qing Dynasty, the imperial Chinese influence strengthened its grip over China, which was integral to Chinese culture.

Over 13 million square miles of territory was in the rule of the Qing Dynasty during this period. 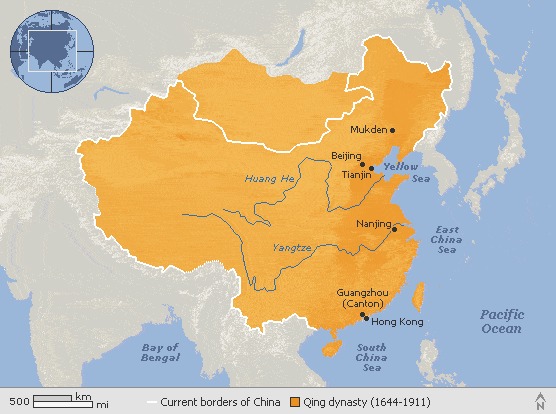 The Spanish Crown administered the territories and colonies in Europe, the Americas, Africa, Asia, and Oceania under the Spanish Empire.

It was founded in the Age of Exploration and was one of the world’s first global empires.

Spain reached the height of its political and economic strength under the Spanish Habsburgs when its empire became the unstoppable leading global force.

The establishment of the Spanish Empire in the 15thcentury marked the beginning of the modern global era and of European dominance over international affairs in conjunction with the Portuguese Empire.

It was the most powerful empire of the 16th and 17th centuries.

Russian Empire, from 1721 to 1917, extending over the Eastern part of Europe and the continent of Asia, covered almost 14 million square miles (36 million square km).

The Russian Empire ultimately resulted in Russian Muscovite domination over neighbouring in Europe and Asia, where only the British Empire could rival it in size by the end of the 19th century.

The Russian Empire stretched across the northern portions of Europe and Asia at its peak.

The overall area under the monarch comprised almost one-sixth of the earth’s territory.

The Mongol Empire stretched back its peak and covered history’s most adjacent regions.

During that period, thanks to modern Mongol technology and an enormous horde of nomadic warriors, it expanded to cover most of Eurasia.

The loyal warriors of Genghis Khan were rewarded for their fealties and became their times’ most successful army. Britain dominated so many parts of the earth in the 19th, and early twentieth centuries, it was famously said that ‘Sun never set over the British Empire.’

And maybe the fact that the British Empire is almost twice that big as Pluto’s (17.8 million sq km) surface area will surprise you.

When Queen Victoria was proclaimed Empress of India in 1877, the empire reached its peak of power.

Britain’s relative strength peaked, and Queen’s influence on the Berlin Congress was at its peak.

By 1922, the British Empire had a population of about 458 million, one-fifth of the world population at that time, and nearly a quarter of the total earth’s land area.