There is a significant amount of street art in Montreal.

During the month of June, dozens of painters are hard at work creating enormous frescoes for the tenth anniversary of Montreal's Mural festival. Some of the paintings include a colossal Batgirl, a mystery monster playing the piano, and a white tiger baring its fangs. 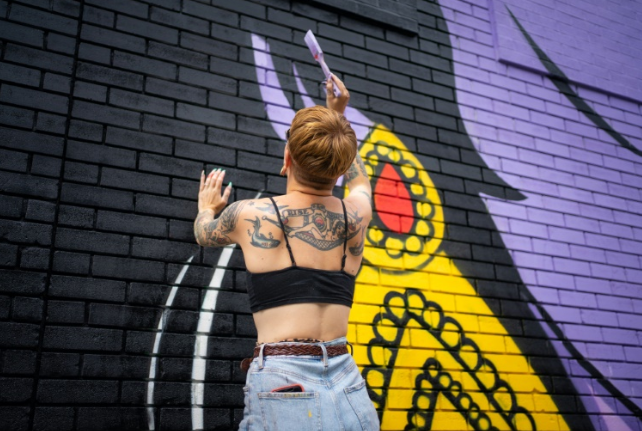 According to the organizer of the street art event, Pierre-Alain Benoit, who spoke with AFP, their goal is to have the festival recognized as the "leader in urban art" in North America.

More than one hundred murals, both old and new, have been created by artists from all over the world and have been displayed throughout the core neighborhoods of the French-speaking metropolitan area. Visitors can examine these paintings. Twenty-one artists painted new murals this year.

One of them is the Indigenous artist Caroline Monnet, who has roots in the Great Lakes region of both Canada and the United States. Her family has been there for generations.

The first-timer here chose to paint geometric designs of repeating triangles or lozenges popular in Ashininaabe textiles, that have been "transmitted from generation to generation." 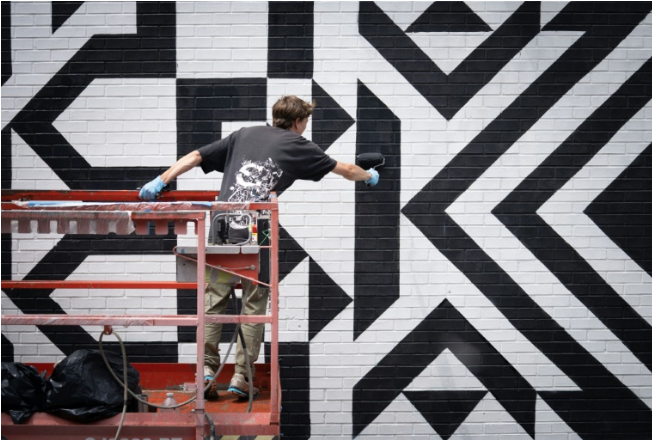 This celebration of her culture, she said, is also a political statement of sorts, admonishing the nation's colonial heritage.

During the Mural festival that took place on June 16, 2022 in Montreal, Quebec, an assistant of mural artist Caroline Monnet painted a mural there.

She was holding cans of spray paint as she spoke, and she continued, "I think we're taking a step forward."

For others, such as Kata Hull, a painter from Boston visiting Montreal with her husband, the open-air display provides an opportunity to reach a wider art audience.

"I prefer seeing art anyplace, so outside feels more accessible to more people. Additionally, not everyone is interested in visiting galleries "— I quote her.

Natalie Capuano, who took more than 500 photographs of the murals, was pleased to see so many of them and remarked that "it alters the image of the city."

"It's such a joy to come and see new murals every year; we are often startled, and it's far more attractive than blank walls," says a resident of the area. "It's lot more interesting to look at," she adds.

On June 16, 2022, in Montreal, Quebec, participants in the tenth annual Mural festival observed painters at work as the event was taking place.

Two enormous representations of Montreal's most famous singer-songwriter, Leonard Cohen, who passed away in 2016, are among the city's most well-known murals. 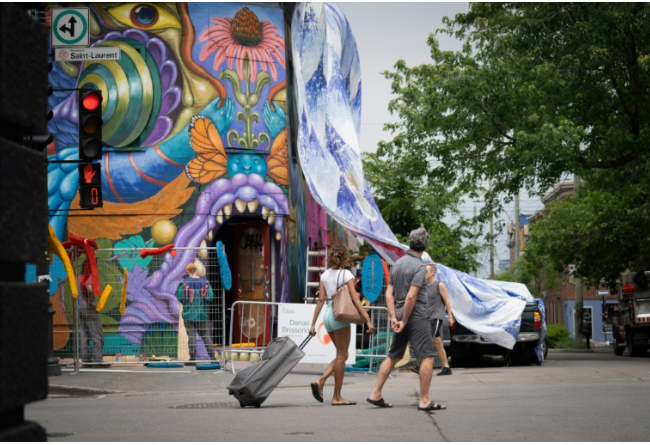 A total of 25 hip-hop acts are scheduled to perform at the festival, including the American rapper Lil Yachty and the French musician Kaaris.

Additionally, augmented reality installations can be viewed by passerby who download the festival's app and visit any of the two local parks.