8 Prominent Thembu Clans And Their Origin.

By Nomdez (self media writer) | 1 year ago

The history of the Thembu Nation is very ancient in the Eastern Cape. Their first known ancestor is known as Zwide, son of Mbulali. Zwide had a son called Thembu, whose descendants are called by his name, Thembu people or AbaThembu. 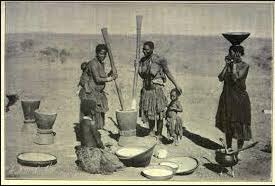 Below is the list of the 8 Prominent clans that are the descendants of Thembu, son of Zwide and their sole founders.

The first most ancient Thembu clan to be known are the Zima people or the Zima clan.

The Zima people were the first Thembu clan to become Kings in the Thembu Nation. Their Kingship was taken from them by the Ntande clan, this is according to the Book called "Who are AbaThembu and Where do they come from"

Ngxongo was the eldest to the sons of Mnguti, but he was from the Right-hand house, not from the Great-house.

The Ntande people are the current ruling clan of the Thembu people. King Buyelekhaya Dalindyebo of abaThembu is the direct descendant of Ntande.

Ntande was the son of Toyi, son of Mnguti. He was from the Great-house of Mnguti. Ntande is the one who took power from the amaZima clan.

The Qiya people are the descendants of Hlanga. Hlanga was the son of Madiba, he was born from the Great-house of Madiba. But he was dethroned by his brother Dlomo.

Dlomo was the right-hand son of Madiba and he defeated his brother Hlanga to take his throne as the King of abaThembu. The Thembu people are now ruled by the descendants of Dlomo.

The Ndungwana people are the descendants of Ndungwana son of Madiba, from the iQadi house.

Ndungwana broke away from rule of the amaDlomo and built his own clan. His eldest son was Bhejula.

He was the elder brother of Hala, who was the great son of Dlomo.

The Ndlane people are the Thembu clan descendant from Nomdimba. Nomdimba was the daughter of Ceduma and was married to the Khoe man.

Her first born son was Tutuse from the Khoe man, and Tutuse created his own Thembu clan and they were called AmaNdlane after his son Ndlane.

The Cube people are descendant from Cube, the son of Dlomo from the minor house of Dlomo.

The Cube people praise themselves exactly like the Dlomo people, simply because they are the same people.

There are other Thembu clans who are not Thembu by blood, but are actually living under the Thembu name. Clans like the Gcina, the Yirha people, the Qwambi clan and the Gebe or the Hegebe people who are now ruled by Chief Phathekike Holomisa.