A shipwreck is the remains of a ship that has wrecked, which are found either beached on land or sunken to the bottom of a body of water. Shipwrecking may be purposeful or accidental. The United Nations estimates that there are more than 3 million shipwrecks on the ocean floor.

On 18 January 1994 the United States Lines ocean liner SS American Star (former America, USS West Point, Australis) was beached in Playa de Garcey during a severe storm. Within a year, it broke in two and later lost its back half. By 2007 the rest of the severely deteriorated ship had collapsed onto its port side, gradually keeling over further and almost completely submerged. By 2008-2012, most of the remains finally slipped below the surface. 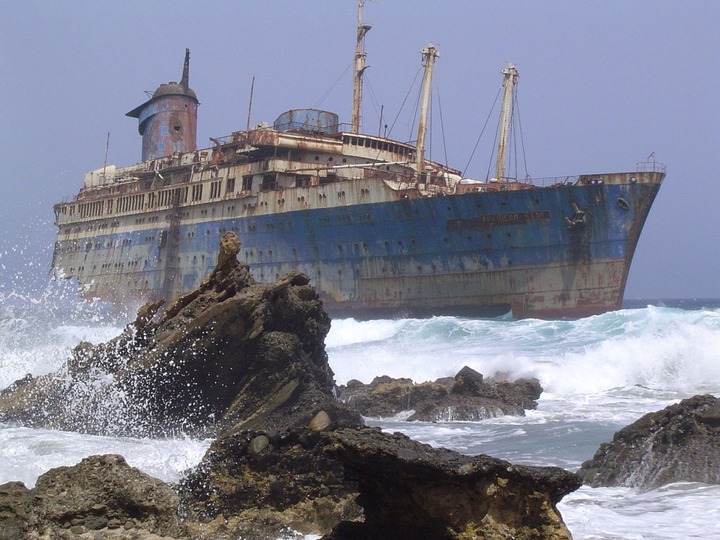 Dimitrios (previously named “Klintholm”), a small 67-meter freight ship of 965 tons cargo capacity built in 1950. Dimitrios has been stranded on the beach of Valtaki near Gythio since December 23, 1981. SS Robert Coryndon was a British passenger and cargo ferry on Lake Albert in central Africa. Built in 1930, she was part of a plan for a network of railway, river steamer and lake steamer services linking British interests in Egypt, East Africa and southern Africa. It sank in 1962, and by 2009 she was still unsalvaged and partly submerged in the lake. By the beginning of 2012, her wreck had been taken away and only her aft king posts were still visible above the water. 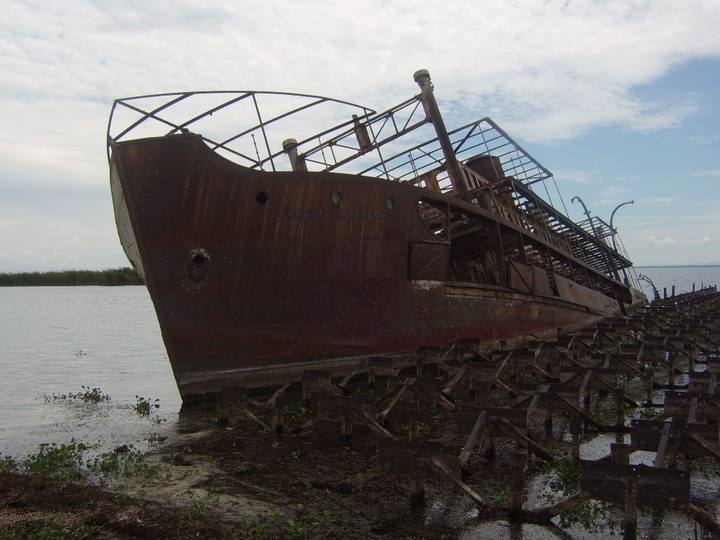 4. The Panagiotis, wrecked on Zakynthos, Greece

The Panagiotis is a shipwreck lying in the white sands of an exposed cove on the coast of Zakynthos (Zante), one of the many islands of Greece. The spot where she lies is called Navagio (“Shipwreck”) and is a popular tourist attraction with thousands of visitors each year. She was built in Scotland in 1937 and wrecked in 1980, probably while carrying contraband cigarettes and being chased by the Greek Navy. 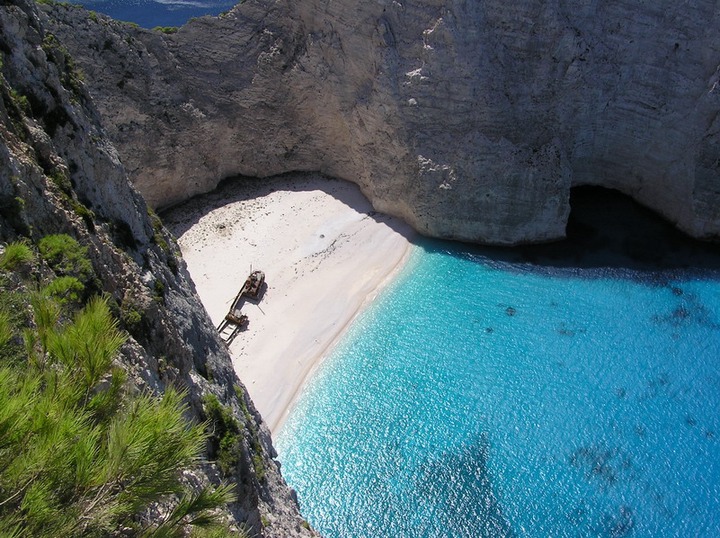 MV Plassy, or Plassey, was a steam trawler launched in late 1940. On 8 March 1960, while sailing through Galway Bay she was caught in a severe storm and ran onto Finnis Rock, Inisheer, Aran Islands. Several weeks later a second storm washed the ship off the rock and drove her ashore on the island. 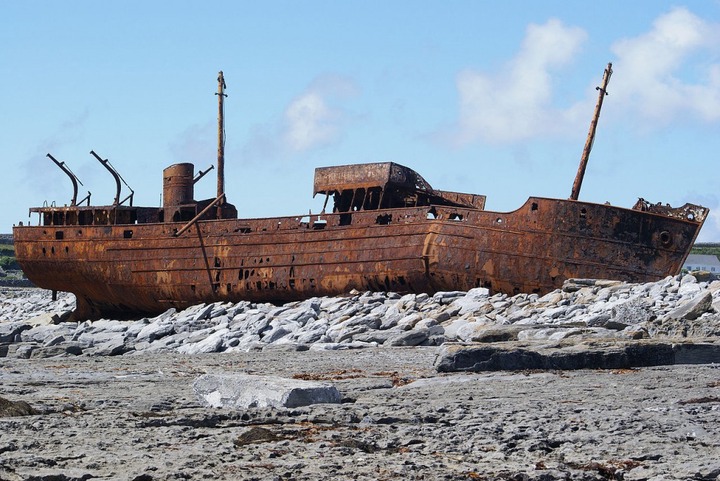 The MV Sygna was a 53,000-tonne Norwegian bulk carrier. The ship ran aground during a major storm on 26 May 1974. The wreck is located on Stockton Beach in New South Wales and has become an icon and landmark for the local area. 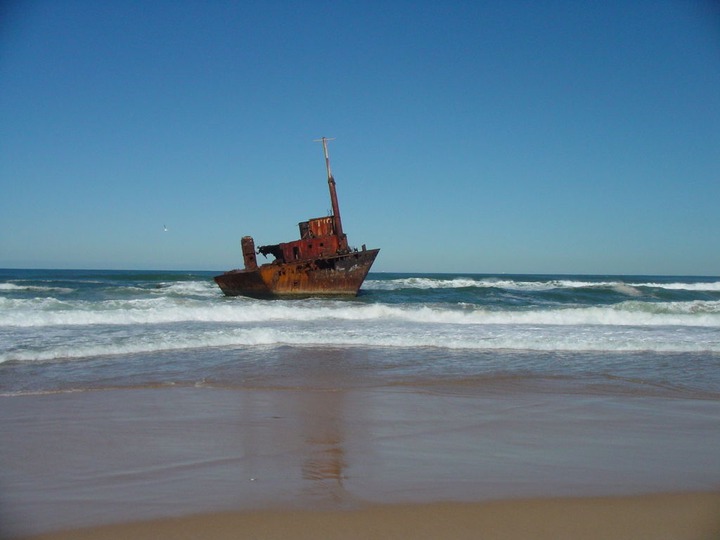 On 13 January 2012 this huge cruise ship ran aground and capsized off Isola del Giglio, with the loss of 32 lives. It is the largest passenger shipwreck at present. 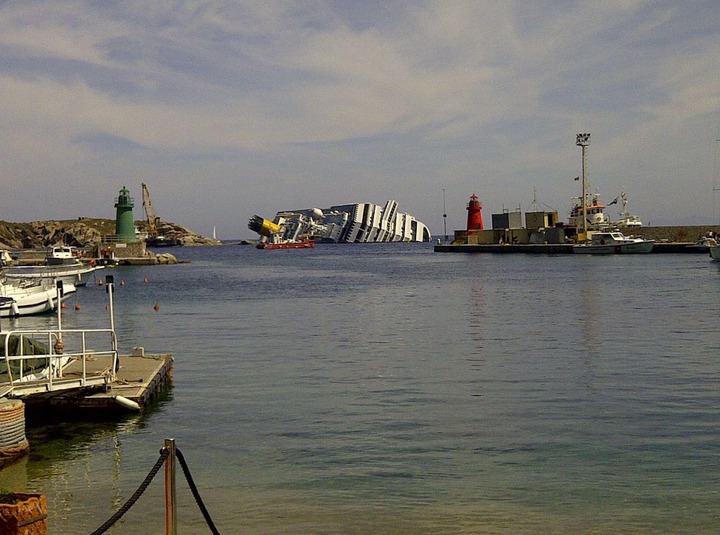 SS Sapona was a concrete-hulled cargo steamer that ran aground near Bimini during a hurricane in 1926. The wreck of the ship is easily visible above the water and is both a navigational landmark for boaters and a popular dive site. During World War II, the wreck was used for target practice by the U.S. Army Air Force and U.S. Navy.

The Eduard Bohlen was a ship that ran aground off the coast of Namibia’s Skeleton Coast on September 5, 1909, in a thick fog. Currently, the wreck lies in the sand a quarter mile from the shoreline. 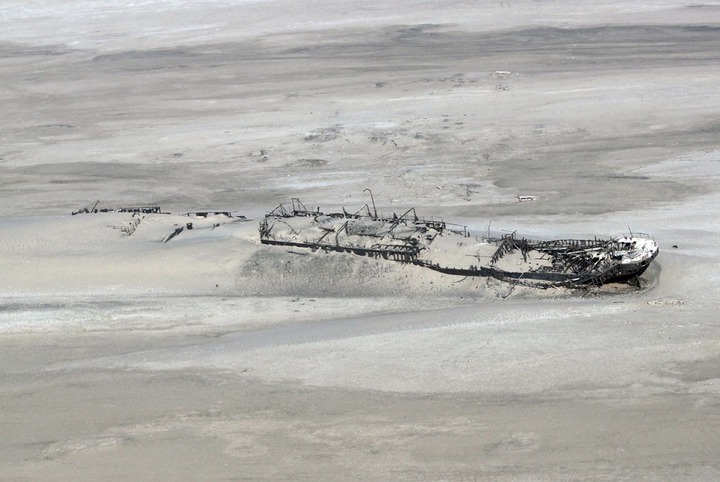 The Jessica was an oil tanker that was involved in an oil spill in the Galápagos Islands: On the evening of January 16, 2001, the Jessica ran aground at Wreck bay, at the entrance to the port of Puerto Baquerizo Moreno. The ship was carrying 600 tons (160,000 gallons) of diesel oil and 300 tons (80,000 gallons) of intermediate fuel oil that began to spill. This was one of the worst environmental disasters in the archipelago’s history. 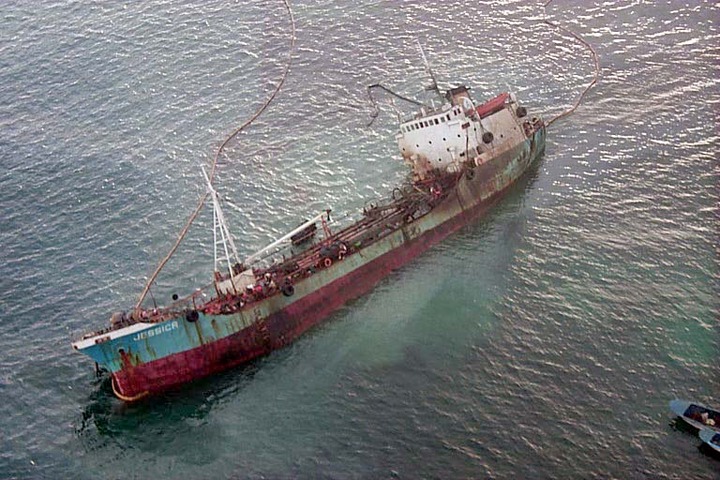