How Zulu people lost their traditional power to the white constitution

By Manamela (self media writer) | 22 days ago 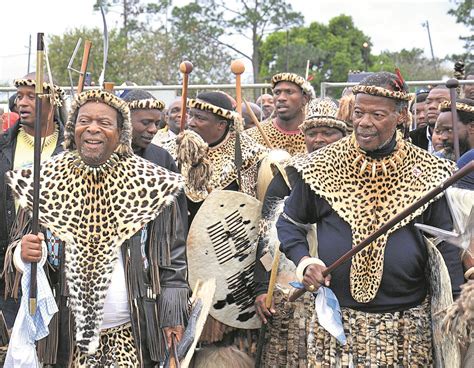 After the Anglo-Zulu War of 1879 over the control of the land of the Zulu nation which saw Cetswayo defeated and banished into exile, Sir Garnet Wolseley, British administrator of Natal imposed a different political arrangement on the Zulu people. He divided the land of the Zulu tribe into thirteen separate territories, each under an appointed chief and Cetswayo's enemy, Chief Zibhebhu of the Mandlakazi, was placed as the ruler of the Zulu royal household.

Though Zibhedu was not accepted by the people to rule them in place of Cetswayo and Cetswayo's brothers complained about Zibhebhu to the British authority that he was using his position to increase his wealth and status and pleaded for the return of Cetshwayo and restoration of his kingdom.

1879, Cetshwayo was allowed by the British to return from exile but a civil war ensured as Zibhebhu fought those who were loyal to King Cetshwayo and Cetswayo was defeated. Cetshwayo fled to the forest of Nkandla, and then to Eshowe. On 8 February 1884. And he died with sudden, possibly from poisoning. Zibhebhu continue to dominate the northern part vof thee Zulu nation together with his supporters.

Cetswayo's son Dinuzulu, the ancestors of King Goodwill Zwelithini was too young to succeed his father, Cetshwayo, he was only 15. He was taken to a hiding place on Transvaal for his safety. The supporters of Cetshwayo turned to the Boers for help to remove Zibhebhu from power in exchange of land and he was defeated. But the British annexed the Zulu nation from both the Zulu nation and the Boers and they put out a Governor with magistrate in place of the Zulu monarch to rule the Zulu nation and the whole Zulu land was turned into a country called Natal which later became a province we know together.

Here is what Afri Forum did that got people talking