Fiction, Mermaid, The Luck Giving Bride That Steals Men From The Surface With A Promise Of Riches

By Realish (self media writer) | 16 days ago 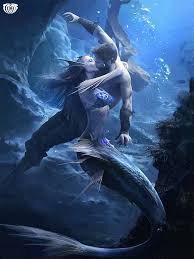 Thereis a story that is both universal as it is entertaining, the story of the half woman half fish creature that lives in the ocean, rivers or Dams. This story is too well known all over the world for one not to think that it might actually be true. I mean there is a story about a half fish half human girl in every single culture, there are slight differences here and there but they are all similar. The Mermaid is a woman who lives under the sea, she is constantly traveling the sea in search of land so that she can stare at handsome human boys. Her stare puts you in a trance and you will find yourself right next to the beach or cliff. She is an immortal creature so she knows a lot about the world and life, she also knows how to spread luck and turn things in your favour. She will often come out of the Sea and grow human legs so that she can talk to you. Some of them end up getting married and living on the gsurface until her husband dies. 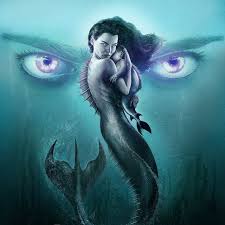 Her children will also be immortal and by the time her husband is old, he will already know that she is a Mermaid. This is because she has to return to the sea to rejuvenate herself every now and then. She will have to do it at night because she lives in a community with normal people. When you die she will take her children of which some of them won't know that they are mermaids, and she will return to the sea with them. The moment that they're feet touch the sea water, they're feet will dissappear and a fish Tale will appear. There are some instances where people claim to have seen them in the rivers. The ones in the rivers are said to be evil because they're eyes are glowing in a red colour. They kidnap men by pulling them in with their stare and disappearing into the water with them. These creatures are a myth, but with so many different stories coming from so many different places around the Earth, one could consider having a second thought. I guess it all depends on your point of view when coming to what's normal.