10 Interesting Facts About South African Icon NELSON MANDELA You Might Not Be Aware Of.

Thank you very much for visiting our site. We value the fact that Opera News Hub is your go-to source for dependable news. Most recently, this page was updated.

Nelson Mandela was a modern South African icon, a Nobel Peace Prize laureate, and one of the most remarkable international leaders of the 20th century. As unique as a diamond, his smile shone brighter than that of any other individual. Nelson Mandela Day is observed annually on July 18 as a call to action to improve the world. In honour of this extraordinary man and legend, here are ten interesting Nelson Mandela facts.

1. HE EXEMPLIFIED HIS NAME

In the Xhosa language, Nelson Mandela's birth name, Rolihlahla Mandela, means "to take a branch from a tree" and "troublemaker." When he was seven years old, he was given the name Nelson by his elementary school teacher. African children were given English names so colonial rulers could speak them more readily in the 1920s.

Mandela's skill to evade security agencies earned him the moniker "the Black Pimpernel" after he went underground due of his ANC activities. After The Scarlet Pimpernel, a novel about a secret-identity hero, this occurred. In later years, Mandela's clan name, Madiba, also became well known.

Mandela adored sports and believed that it "had the potential to alter the world... it has the capacity to inspire." It can unite people in a way that few other things can. It communicates with youth in a language they can comprehend. When once there was just sorrow, sport can instil optimism. It is more effective in breaking down racial barriers than the government." 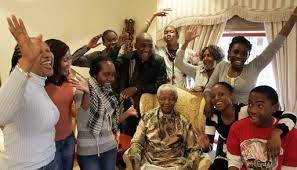 Four girls and two boys comprised Mandela's six children. A daughter and two boys died: Makaziwe died as a child in 1948, Madiba Thembekile (Thembi) died in a car accident in 1969, and Makgatho Lewanika died of AIDS-related illness in 2005. His surviving children are Pumla Makaziwe (Maki), Zenani and Zindziswa (Zindzi).

As soon as he left office, Mandela became an advocate for those afflicted with AIDS, the fatal disease that claimed the life of his son Makgatho and affects more people in South Africa than in any other nation.

Three times, Nelson Mandela was married. His last marriage occurred at the age of 80 to Graca Machel, a former spouse of Mozambique President Samora Machel. She has been the first lady of two nations due to her marriage to Mandela after the death of her first husband. 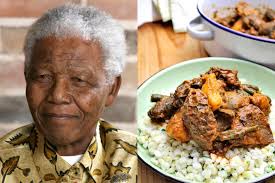 Mandela preferred eating tripe – the lining of farm animals – the most, despite having been served some of the world's greatest cuisines.

Almost 27 years of Nelson Mandela's life were spent in prison. During his 18 years on Robben Island, he was permitted to visit his wife every six months. Mandela's prison cell can now be viewed on Robben Island tours.

9. Winner of the NOBEL PRIZE

In 1993, Nelson Mandela and F.W. de Klerk were jointly awarded the Nobel Peace Prize "for their efforts to bring about the peaceful end of the apartheid regime and for laying the groundwork for a new democratic South Africa."

There are hundreds of streets named after Nelson Mandela. A nuclear particle (the "Mandela particle"), a prehistoric woodpecker (Australopicus nelsonmandelai), and an orchid (Paravanda Nelson Mandela) were also named for him.

What is your opinion regarding this issue? Will my name and yours likewise endure for all time, as his did? Please make comments and don't forget to like, share, and follow me.