By Lehbzah (self media writer) | 2 years ago 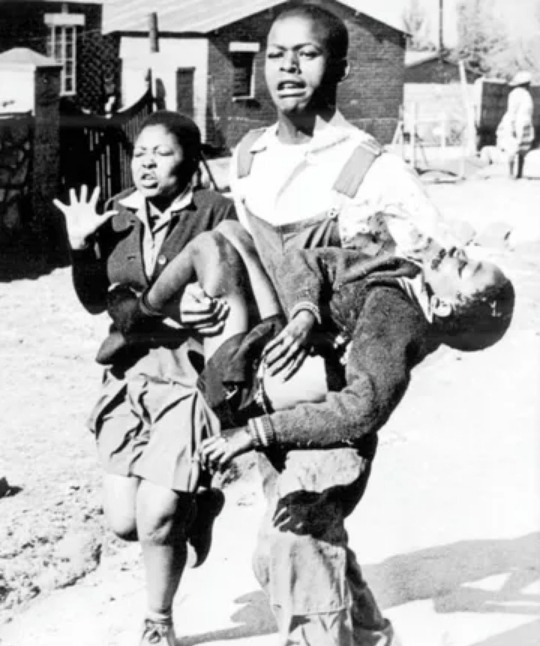 Mbuyisa Makhubu was an eighteen-year-old boy who volunteered to pick up the body of Hector Peterson who was shot dead by police On August 27, 1976, Mbuyisa Makhubu received R10 from her mother, Nombuso Makhubu, the last one to see him after the student riots.

After receiving the money, Mbuyisa was never seen at home again because she went to Gabarone in Botswana, fleeing the Afrikaner government. In June 1976, Mbuyisa Makhubu was an 18-year-old boy who voluntarily found the body of Hector Peterson who had been shot dead by police at the time.

Students at schools including Orlando High were in protest against the Afrikaans language at schools, which was a national protest. Famous photographer, Sam Nzima, avoided the bullets and teargas that adorned the Soweto, and took a picture of Mbuyisa Makhubu running away with Hector Peterson's injured body, Antoinette Sithole crouching next to him.

For the past forty-four years, the Makhubu family are still searching. The last trace of him appeared in 2014, while he was being sent to Canada for his prison sentence, where he was sentenced to ten years. Before that she was in Nigeria studying for United Nations assistance, but had health problems.

The Xhosa newspaper has tried to look into the departments involved, the Department of Foreign Affairs, saying it has nothing to do with Mbuyisa Makhubu.

Clayson Monyela of the Ministry of Foreign Affairs said they had nothing to do with the matter. "We do not have the authority to search for missing persons in our department, we have never been involved in the case of Mbuyisa Makhubu's disappearance," said Monyela. Faizel Madood has written a television drama about the loss of Mbuyisa Makhubu, who received fame and support.

Former Minister of Arts and Culture Paul Mashatile, following a genetic study that resulted in a non-Canadian comedian.

“After receiving the results I went to the Makhubu home, and told them the results showed that the Canadian man was not returning, the family expressed disappointment, saying they would do their own research to make it complete,” said Mashatile.

Mbuyisa's mother, Nombulele Makhubu, died in 2004, with no idea where or where the bones were found. Mbuyisa's brother, Raul Makhubu, could not be reached for word on behalf of the family.

Content created and supplied by: Lehbzah (via Opera News )