By CocoWrites (self media writer) | 2 years ago 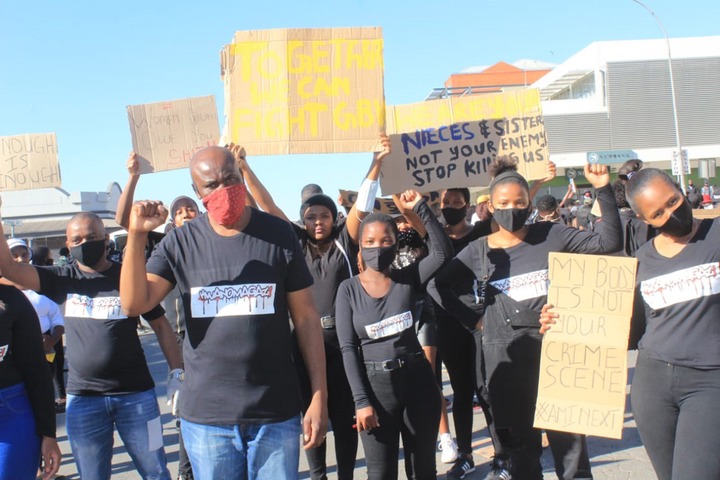 A family of a 22 year old woman in the rural area called Marina in Mbizana in the Eastern Cape is torn after they received the news of the death of their daughter. The deceased whose name is still withheld at this point was allegedly murdered by her boyfriend after he refused that they break up. She was found in her boyfriend's place stabbed. The Mcetywa family said as broken as they are,they don't want to say anything to the media until the boyfriend faces the hand of law. A group of actors for a local film named kwaNomagazi took it to the streets to march that the accused doesn't get a bail for this. This group of actors travels all over the Eastern Cape in support of all the grieving families that lost their loved ones through gender based violence. Yongama Mrwetyana who is a leader of the group said all they do is offer support to the families and the victims of rape or gender based violence so they know that they are not alone in whatever they go through. "But there's a lot that they need, such as emotional support and counseling," he said. The accused will appear in the Mbizana magistrate court soon. The mayor of Mbizana Local Municipality paid a visit to the family of the deceased and emphasized on the law playing it's role." We hear of these things in the news everyday, when does it end? We want a South Africa that allows women to be free everywhere they go,in home, work and even in their relationships," he concluded.

Content created and supplied by: CocoWrites (via Opera News )