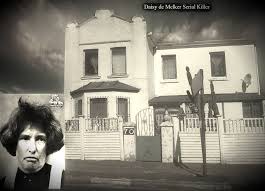 The black widow, daisy de melker, was south Africa's first female serial killer. she became an icon of evil at a time when it was unheard of for a women to be a murderer. Although her case is well documented it is believed that the true extent of her crimes and her cold blooded nature is still unknown

Daisy de melker was born in 1886 in , what was the, the dusty small village of grahamstown, she was one of eleven and was overlooked by her family on more then one occasion. It is believed that this helped her to hide her true nature. When daisy was ten she was sent with many other people, who were leaving grahemstown at the time, to Rhodesia where she would meet with her father and brother. The particulars of the trip is unknown but many records say that it was with an ox wagon and almost two thousand kilometres across.

Daisy attended a farm school until she was thirteen, which is when she left Rhodesia to attend a boarding school in cape town. In 1903 she returned to Rhodesia for a short time before she left to Durban to attend a nursing school. This is where she would gain her skills would medicine and learn how different chemicals affect the human body.

While daisy was studying she spent holidays with her family in Rhodesia, this is where she met Bert fuller, who many believe was daisy first victim. Bert and daisy got engaged and by all accounts were madly in love with each other, however Bert soon became extremely ill and died with daisy at his bedside. His cause of death was an extremely rare interaction between the malaria virus and the malaria virus vaccine.

It would later be noted that the symptoms of this interaction were very similer to the symptoms of poisoning. Daisy also benefited from berts death financially , when he asked her to marry him he also made her the beneficiary of his life insurance policy which paid out one hundred pounds when he died, the equivalent of one hundred thousand rand in today's money. 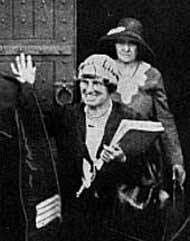 Daisy stayed single for the next few months while she was living in Johannesburg, there she met and within eighteen months married her first official victim, William Cowle. They lived in Turfontein for the next few years, during this period daisy would give birth to five children with only one of them surviving to adulthood. While child death was very common at the time there is also proof that daisy was showing significant signs of mental illness. With one of the children showing signs of poisoning before his death.

William, due to his nature of Manuel work, often had aches and pain. Daisy would dose these ailment regularly with Epsom salts. However on the morning of January 11 1923 William told his wife that the salts had made him feel worse at which time she called him a doctor. The doctor prescribed bromide to William and left, throughout the day William got worse and a second doctor was called in.

The second doctor arrived to find William turning purple and foaming at the mouth. He passed before he could be examined. This new doctor was more suspicious and refused to sign the death certificate under suspicion of poisoning. He had to however when the the autopsy returned showing death by chronic kidney diesies

Daisy cashed out her second life insurance payout, a sum which would have made her a millionaire in today currency. Daisy and her only surviving child, Rhodes, lived in the same home for the next few years, at which time Rhodes outgrew his childlike charm and daisy's affection for him faulted. Their relationship became tumultuous .

Daisy then met her second husband, Robert sproat, within months of meeting her he proposed and they got married on the anniversary of William cowles death. While daisy and Robert got along well, Rhodes was not pleased with his new stepfather and they argued regularly. About two years after the wedding Robert began to fall ill, he was experiencing vomiting and convulsing. At this time daisy requested that Robert make her the sole beneficiary of his will which he agreed to. After the change was made to the will Robert made a miraculous recovery.

His new found health didn't last long and a few months later while enjoying a beer prepared by his wife he fell violently ill with the exact same symptoms. This time he didn't recover, he passed tied down to his own bed because the convulsions he was having was so severe. Daisy received over four thousand pounds from her husbands estate which is the present day equivalent of about four and a half million rand.

Daisy spent the next four years spoiling herself and her son until she met her final Sidney de melker. They were soon married and daisy took the surname we would all come to know her by. During this time Rhodes and daisy's relationship continued to fall apart. On march 2nd 1932 , while working , Rhodes drank out of a flask of coffee that his mother had prepared for him. He soon became violently ill but soon recovered.

On a second attempt at his life however daisy succeeded in poisoning him and she stood across his bedside as he died and excruciating death. The official cause of death recorded however was malaria believed to have been contracted while he was working in Swaziland a few months earlier. 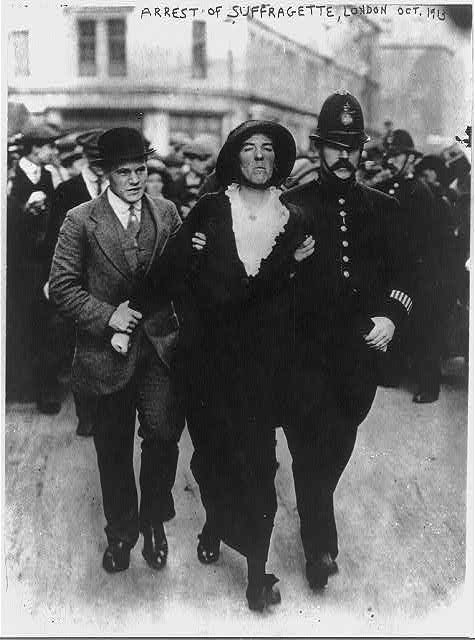 After rhodes death, the brother of Daisy's late husband Robert sproat, whose name was William sprout got suspicious and went to the police. They began to notice the pattern of deaths and exhumed the bodies of her son and her previous two husbands. Signs of poisoning were found on all three. The final nail in the coffin for daisy was when a pharmicist who had previously sold her arsenic walked into the police station with evidence of her purchase.

The Joburg EMS Has Released An Official Statement To The Public.