A female traffic officer who pulled over a car on the N2, George was shot in the face

By News-Provider (self media writer) | 2 years ago 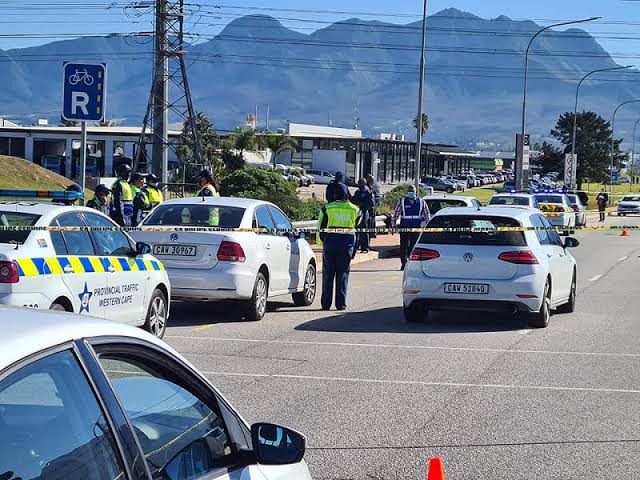 The motorist who was responding to the routine inspection on the Garden Route has overpowering the traffic officer her service pistols.

That motorist started to shoot the traffic officer in the face with her own pistol in the facing.

Immediately this incident then this suspect has t fled on foot then the other traffic officer has pursued him while shooting at him, this incident has happened on the Friday the 07 August 2020 and later the suspect were charge with attempted murder.

According to Police Spokesperson Captain Malcolm Pojie mentioned the investigation has reveals that the traffic officer has pulled over a grey Audi A4 vehicle on the bridge in Beach road which were crossing the N2 near Pacaltsdorp, George.

Immediately after pull over the Traffic officer has approached the vehicle in order to conduct a routine inspection but the driver of Audi has overpowered her and disarmed her the service pistol.

Pojie elaborate further says that after the suspect started to fire several shots towards her, unfortunately the suspect managed to hit her in the face. The traffic officer were later transported to hospital with serious injuries in her face.

The fellow traffic officers and George law enforcement officers in close proximity hax witnessed the ordeal and came to the assist their fellow colleague.

Immediately after this incident the suspect left his car and start to fled on foot in the direction of the Pacaltsdorp industrial site along the N2 highway while taking several shots at the officers in pursuit.

Police Officers has and found two more firearms with loaded magazines in his possession and an undisclosed amount of cash.

The firearms were confiscated and will be sent for ballistic tests in order to determine whether they have been used in the commission of other or similar criminal offences.

Also, the vehicle were confiscated as evidence so far the motive for the incident is still to be established through investigation.

Currently, the motorist is receiving medical treatment under police guard.

The suspect will appear in the George magistrate’s court on Tuesday on charges of attempted murder, theft of a firearm and illegal possession of firearms and ammunition.

Content created and supplied by: News-Provider (via Opera News )

How to Store Ripe Tomatoes for a Long Time

Breaking news | Another 2 shot dead as they were leaving tavern in early hours, see video below