By MogotladiMakgato (self media writer) | 1 year ago 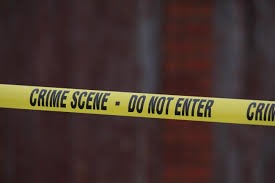 Image by SAPS: Suspect arrested for the murder and rape of a seven month pregnant woman.

A 38-year-old man was arrested following the brutal murder of 34-year-old, Zandile Xulu, who was found dead two days after she went missing.

According to the police, Zandile went missing on 27 June 2020, her body was found on a cliff on 30 June 2020. The investigation revealed that she was killed in her bedroom, then was dragged outside and thrown down the cliff.

Captain Nqobile Gwala said her disappearance was not reported to the police. "The deceased was allegedly strangled to death, stabbed and raped. A case was opened at Hlobane police station for investigation", added Gwala.

The police investigation also revealed that the deceased was pregnant and had sustained stabbing wounds on her stomach. "She was seven months pregnant. When her body was discovered, she had a visibly broken neck and stab wounds to the stomach.

"The persistence by Hlobane detectives to solve the case led to the arrest of the suspect on Friday night, 3 July 2020 after an exhaustive operation with the Vryheid K9 Unit. The suspect had fled his home and hid in a dense mountainous forest, in an attempt to evade arrest", said Gwala.

The suspect is expected to appear before the Vryheid Magistrates' Court soon on two counts of murder and rape.

Content created and supplied by: MogotladiMakgato (via Opera News )

Top 5 Most dangerous restaurants in the world, no.4 is deserving

Ramaphosa in a hot shower. A Criminal Case has been Opened against Him. See who did this