Most wanted in the world (part 1). Family that betrayed EL Chapo.

By VadyiVaBangu (self media writer) | 1 year ago

El Mayo and El Chapo funnelled millions of their drug money into various companies and legitimate businesses. These continue to function and generate revenue even today, lining Ismael’s pockets quite well. The DEA has also praised El Mayo’s business acumen, saying that he has a much diversified portfolio. On paper, he has elementary school education. However, Ismael has learned from some of the most astute, prolific, and knowledgeable drug lords of Mexico, making him an unparalleled businessman in the drug trafficking business.

Many people think El Chapo was a big fish cached from the Sinaloa cartel, but in reality EL chapo was just a middle man. The big fish is Ismael EL Mayo zambada. This cartel was responsible for a drug which was killing people in the united in early 2000 this king pin has never been arrested. According to Netflix documentary of world most wanted EL Mayo has never been arrested and he is making billions of dollar every year. Opioids drug was killing Americans than gun violent, a little % overdose will just kill you.

THE ARREST OF EL CHAPO

EL CHAPO crime was to expose himself and show his wealthy, according to EL Chapo’s lower Mr Williams purpura, chapo was the only way to save EL Mayo’s son Vicente Zambada Niebla who was arrested by the FBI. The deal was that Mayo’s son give them some information about his father’s whereabouts and his operation and they will put EL Mayo’s son in protective custody by the Americans.

EL chapo was a loose cannon and had to go but his family remain protected by the Zambada family. this led to 100 of arrests and chapo stupidity of going to places where he was not supposed to go, this made el mayo to be angry because chapo’s name was known all over the world and El Mayo’s net worth is believed to be between $3 billion according to a Bloomberg report. However, it is challenging to pinpoint an exact net worth for drug dealers, especially those operating on a scale as El Mayo. For example, authorities estimated at one time that the Sinaloan cartel was making $11 billion a year by selling drugs. However, it is a conservative amount calculated based on drugs seized by the US authorities. Moreover, it doesn’t include the sale of drugs elsewhere.

El Mayo has a $5 million reward out in his name, offered by the FBI. The Mexican government also has a reward out for his arrest. However, the Sinaloan cartel hasn’t been wholly dismantled yet, which means El Mayo is still lining his coffers. 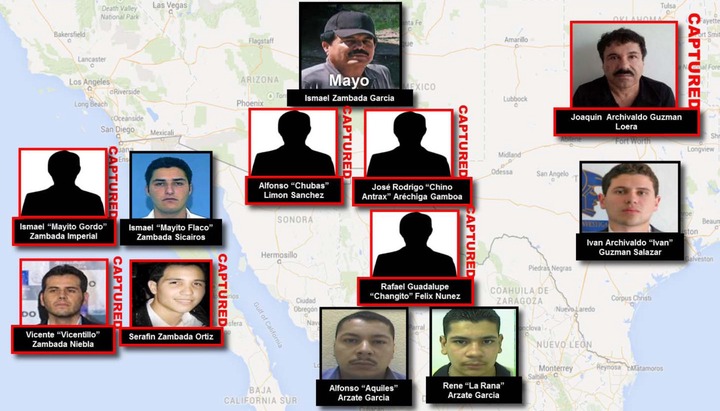 most wanted in the world criminals part will be available next week.

next week will be talking about the financier of genocide in Rwanda.

Content created and supplied by: VadyiVaBangu (via Opera News )

"All l see is hopelessness and feelings of betrayal." One says after seeing this picture.

Top 10 African Countries With Exquisitely Attractive Women According to my opinion.