Watch: CPUT Students sleeping in the streets after they got evicted. (See photos)

By Worldwide_News. (self media writer) | 2 years ago

Cape Peninsula University Of Technology(CPUT) students evicted in the early AM's of Monday the 7th September 2020. It is said that among the students that were evicted, Some of them are coming as far as from Limpopo and they have no relatives in Cape Town. 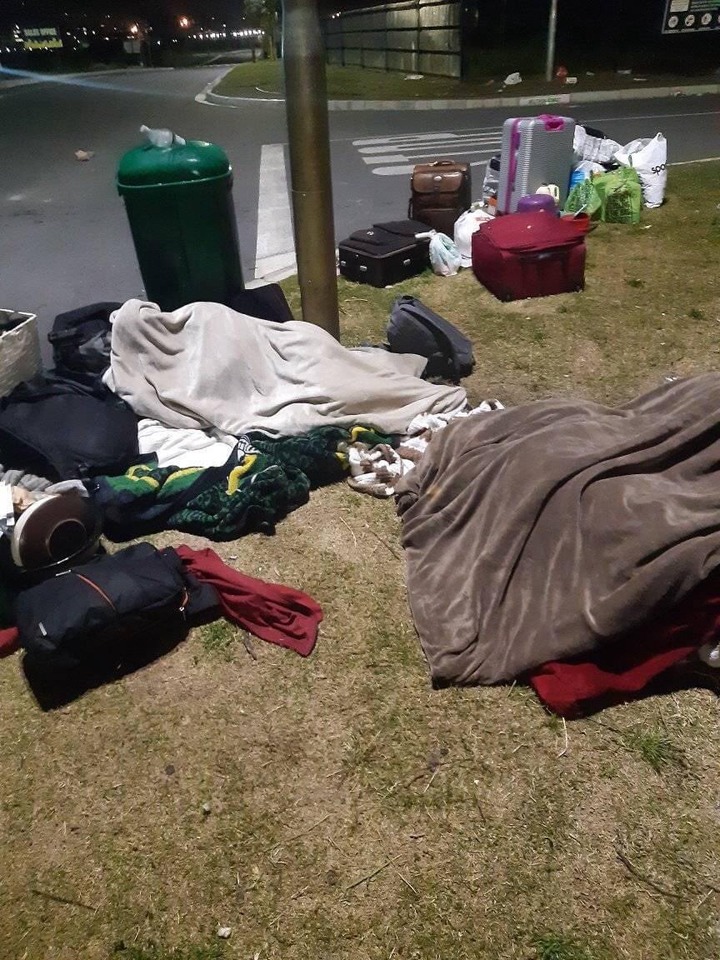 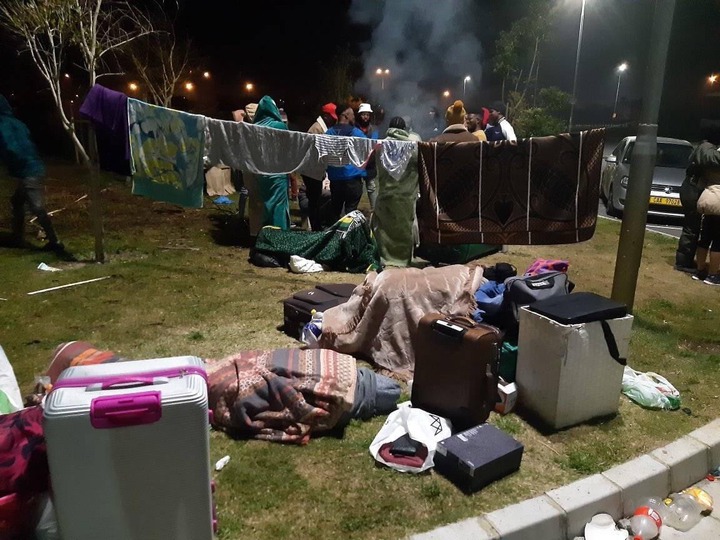 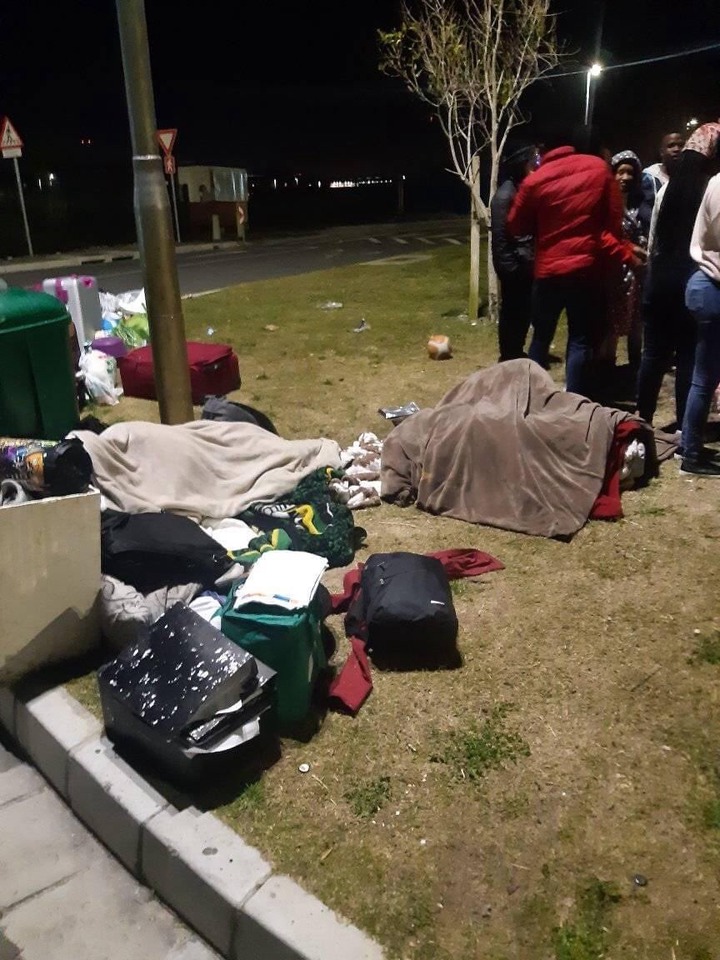 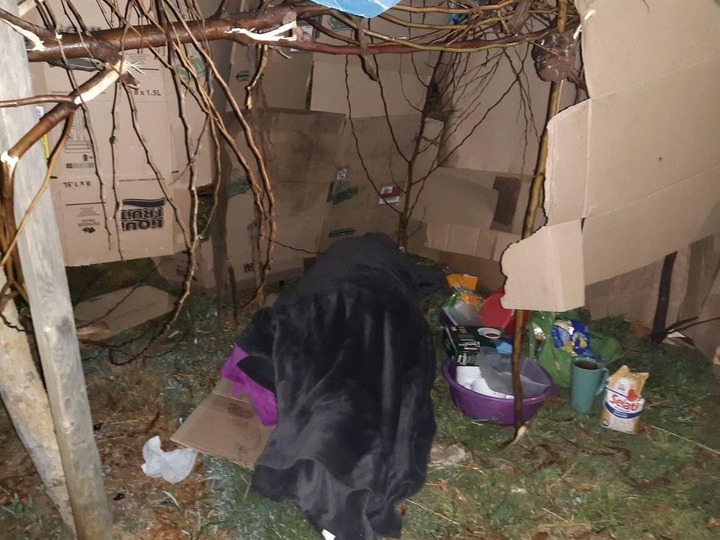 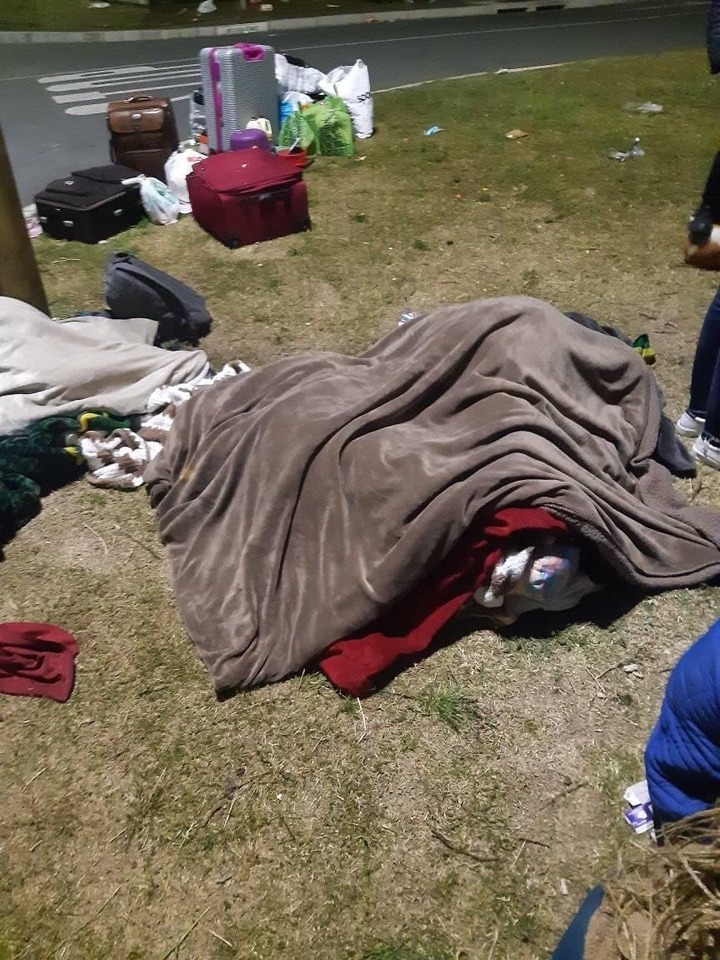 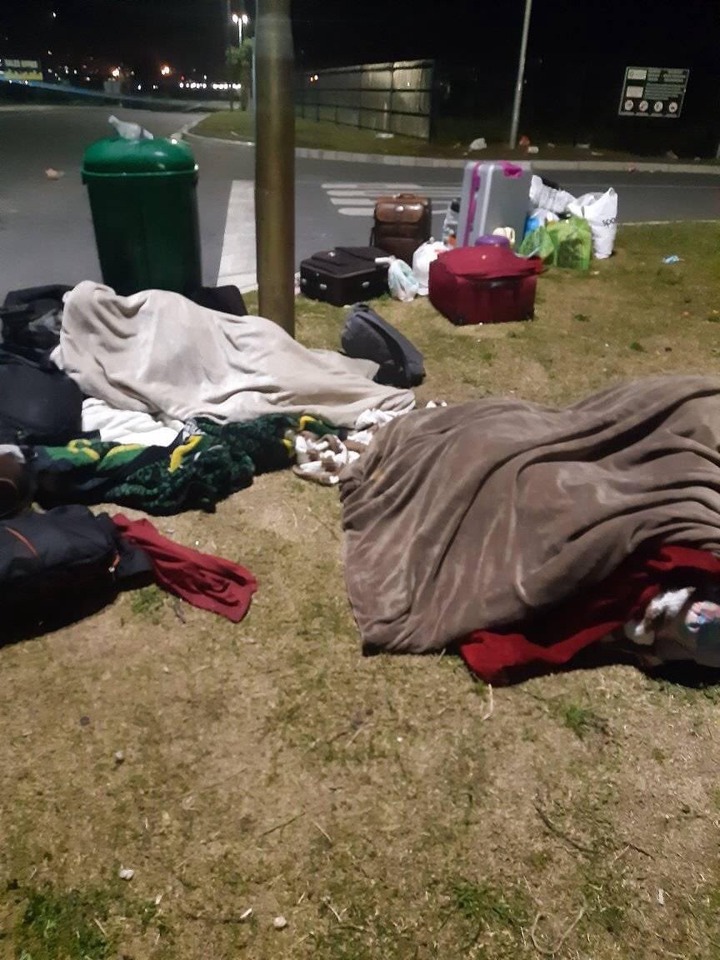 The students were living off campus in a residence called South Point.

The eviction came after the students conducted a protest in which they were demanding that the building be 'open access', that social distancing measures put into place around kitchens, Showers, TV room and visitor restrictions are removed, which is against the government & global health protocols (in addition to demands for an increase in laundry tokens, an increase in the electricity allowance and uncapped Wi-Fi and provision of room heaters). 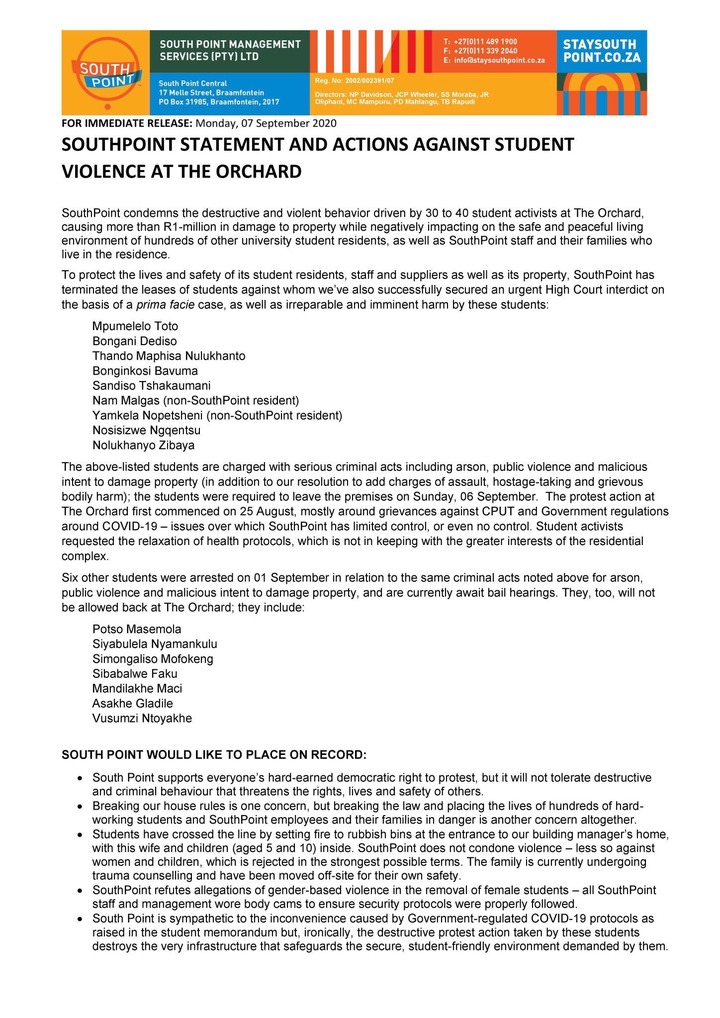 The South Point Management Services said some (but not all) of the demands are, quite arguably, valid & reasonable requests, and to which they have responded in detail to CPUT. They said they are against the mischievous behavior of burning the entrance of someone's home with two small children inside before they even read their respond. They added by saying, they won't tolerate the irrational, violent, cruel and criminal behavior at South Point. Any reasonable individual would not condone this type of behavior and they would be irresponsible if they didn't act with the urgency and force that this matter requires.

South Point went on and open a case, and the students involed in the causing of the damages were charged with serious criminal act. 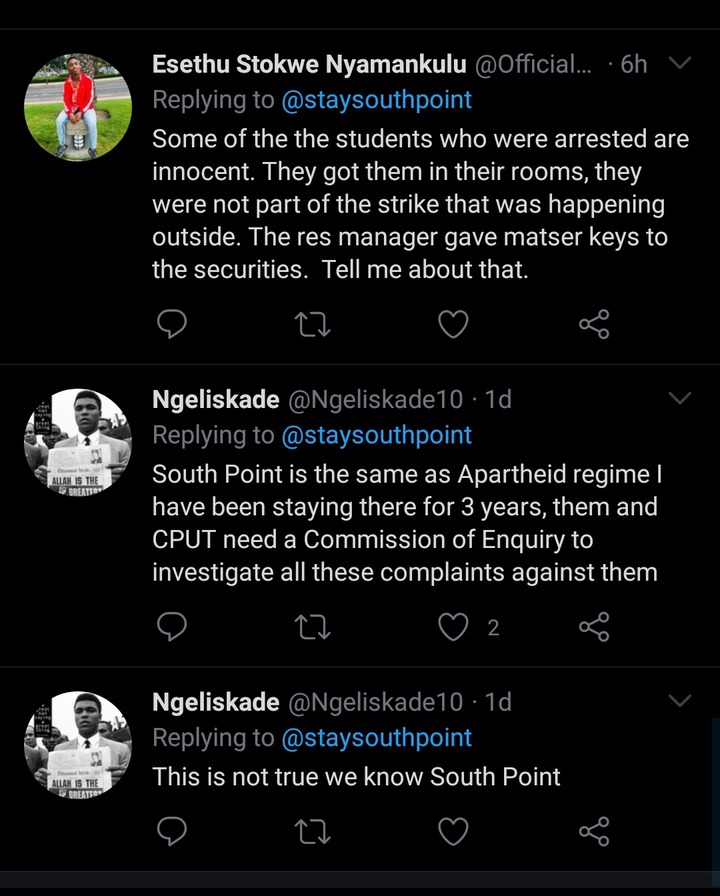 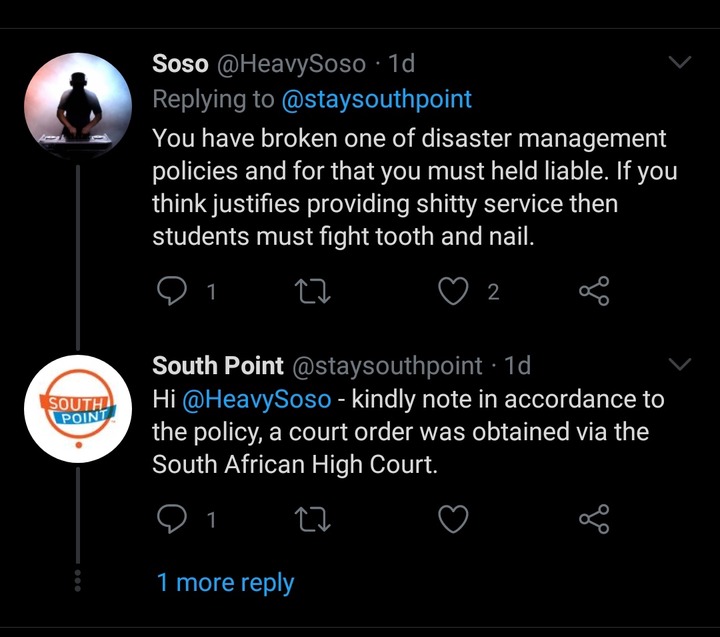 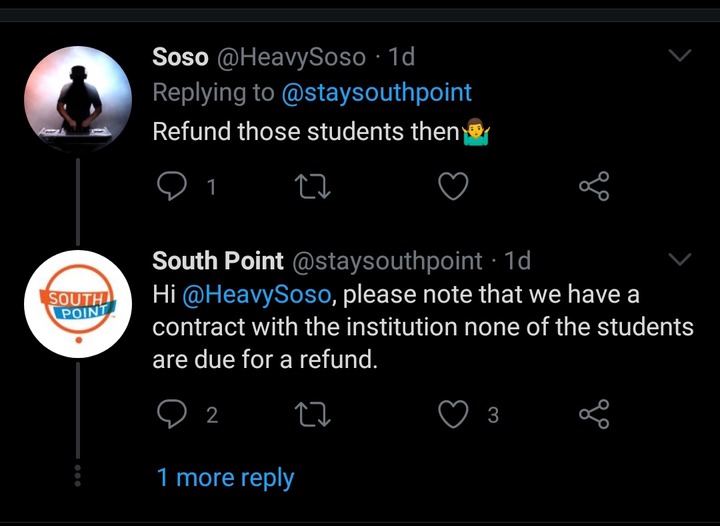 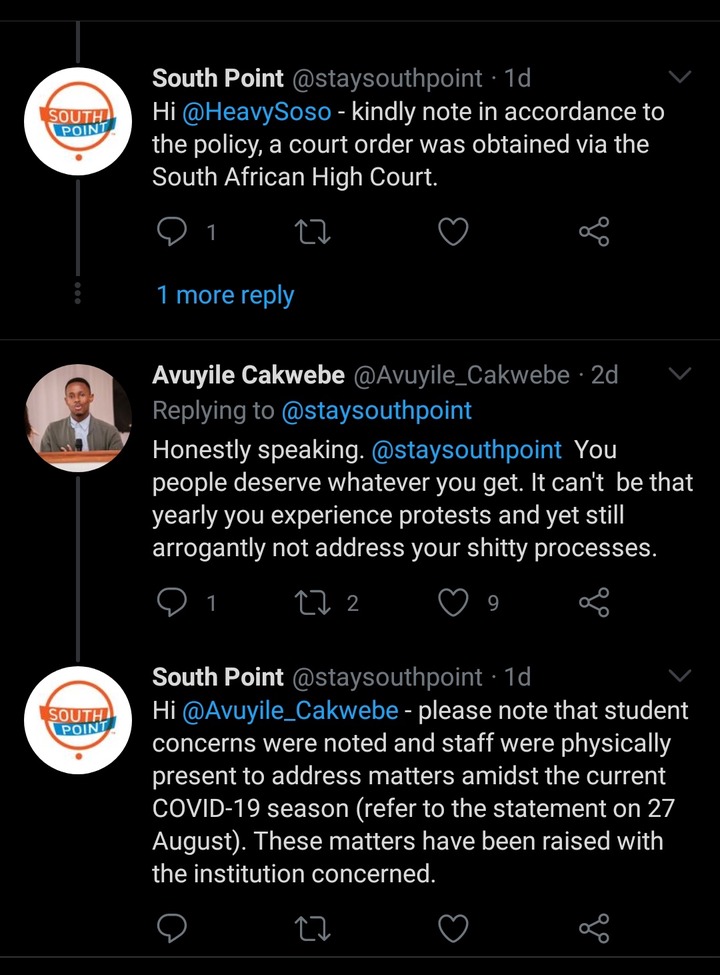 The Destructive And Violence Driven By These Students Include:

°Smashing of windows with bricks and the flooding of the administrative office.

°Theft and burning of the South Point vehicle and extensive damage to another company vehicle. 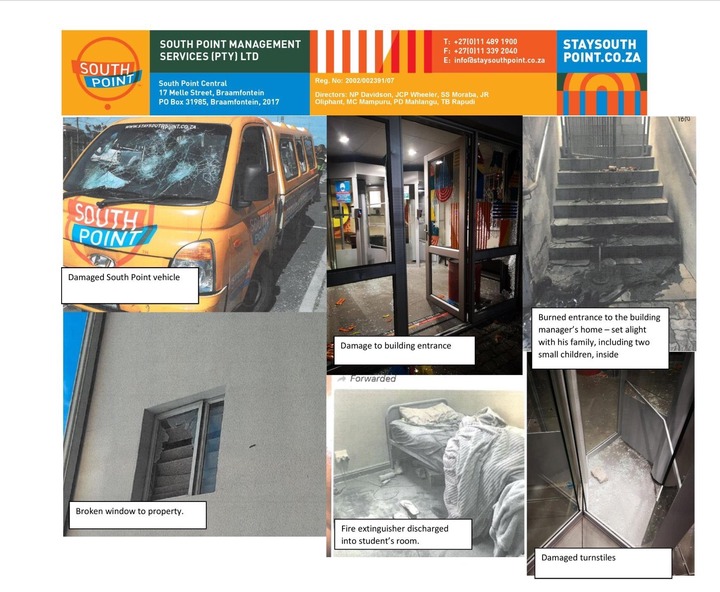 °The unlawful discharge of fire extinguishers into the hallways and into the rooms of non participating students.

°Tempering and damages of CCTV.

°Disabling essential fire detection equipment - which pre-alerts the company and its residents in the event of a fire.

Content created and supplied by: Worldwide_News. (via Opera News )

Baby Dumped In KwaZulu-Natal And Left With Apology Note