"UFELANI" he killed her after testing positive for HIV!

By Nhlamu (self media writer) | 1 year ago

After testing Positive for HIV, he believed his girlfriend infected him this is how he killed her. 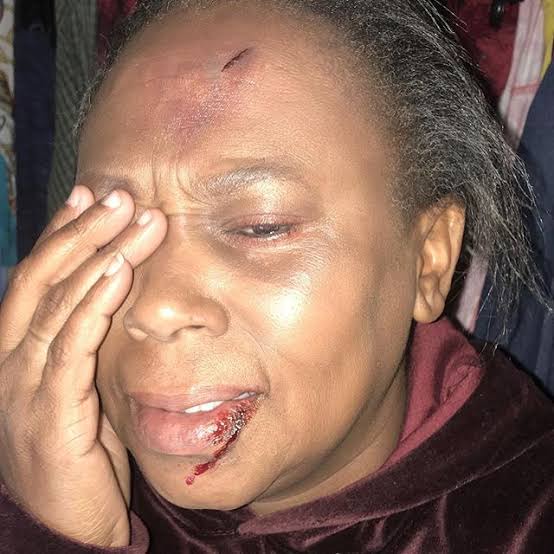 Channel 157 Moja love, has been serving us with controversial shows since the launch of the channel it has been very clear that, one of the show that features on this channel is “Ufelena” this show takes viewers into an emotional journey of reality stories which as impact the viewers in a very touching manner, the show takes a look at different relationships Gender based violence, and how a toxic relationship can lead to a loved one’s death, it is one of the devastating series, this crime re-enactment show and explores the terror of Victims and survivors of domestic violence. Often deadly explosions of violence are recreated by performers, based on witness testimony and police report.

“love is not supposed to hurt” last night show introduced us to young lady Thembi who grew up in a rather unfavourable condition, her father denied her while the mother was pregnant, and this eventually led to the mother undertaking the motherhood journey alone, later on she meets a man who would eventually become her life partner, and the stepfather of her only Daughter, but this happiness was short lived, just when the teenage started growing into her teens, the story line would see the stepfather in attempt to sexually abuse her.

It immediately become a situation that she could no longer deal with for much longer, she then meets her then boyfriend Sbusiso the young teen love immediately blossomed as she starts to find solace in her boyfriend arms, little did she know that her love story would end in a horrific murder.

The couple immediately engaged in sexual intercourse, which would seem like this was their first experience with sexually intercourse, but apart from this Sbusiso was a young asping footballers as per requirement all the footballer player’s where asked to take HIV test knowing that he was only sexually active with his girlfriend, who had never also been involved in any sexual intercourse he had no reason to suspect that something would be amiss with his health, as he went to clinic to test he later find out that he was HIV positive, he didn’t know how he contracted this disease but the only suspect was his girlfriend, approaching his girlfriend birthday we would then see Sbusiso buy a cake which he poisoned and gave it to his girlfriend, who later died of food poising. Sbusiso was then arrested. Content created and supplied by: Nhlamu (via Opera News )

Motsepe revealed what really happened when in Cameroon stampede.

Foods you should avoid to get rid of belly fat.

Breastfeeding momma feeding a child that is 4+years old.