By Vusane (self media writer) | 2 years ago 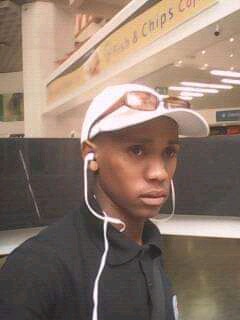 A women is expected to expected to appear in court today for allegedly stabbing her baby daddy to death .

Ashley was once admitted to ICU after they had a nasty fight and she allegedly stabbed him.

Ashley's brother Thandoxolo Mbotwa said that the family was shattered and still in shock about the incident.

He said Ashley was out when his ex girlfriend entered his shack and tore his clouthes.she waited for him to arrive and stabbed him in the chest and ran away ,Thandoxolo Mbotwa claims .

",I ran to check what was happening and saw him lying in a pool of blood and (she was) still holding a knife .she said she had killed the dog that didnt want to support his children ,he said .

A friend of Mbotwa said Ashley had scars from previous fights with his ex .they knew that one day she would kill him .

The deceased was stabbed and transported to medical facility where he later died of his injuries .

A female suspect was arrested on charges of murder and is expected to appear in court today .

Content created and supplied by: Vusane (via Opera News )