By SESIZA (self media writer) | 2 years ago 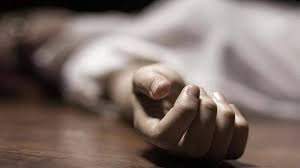 Sfiso Nxowa pretended to be someone xola on the conversation with the 18 years old Danisa Mthembu,who committed suicide after killing her best friend Zandile Bengu.

Danisa told xola that she will do the job,it was Saturday morning and Danisa was alone at her house her parents went to work,Danisa called her best friend Zandile to come and vistit her,Zandile took a chair a knife to the garage and she came back and watched tv waiting for her friend to come after 30minutes she heard a nock on the door,she went to open the door,it was Zandile she came in and Danisa closed the door and she offered her friend a drink and they watched tv,Danisa went to the bedroom and came with scarf to blind fold Zandile and told Zandile to close her eyes with the scarf she has a surprise for her she took Zandile to garage and she took a her hat and made it a balaclava put her fone on record video and the fone stared to record, Danisa took a humer and hit Zandile on the head and Zandile fell she took a knife and sturbed her on her stomach till she died.

She rapped the body with plastics and hide the corpes,she cleaned the blood everywhere and took Zandiles fones and broke it into pieces and broke the Simcard after everything she took her fone and started chatting to xola she told xola that she's done whith killing and before she send the video she must deposit her 9 million in her account xola said he want to see the video first,Danisile send the video to xola after 10 minutes xola repplied to Danisile and said to her I am depositing your money know please delete all our conversation,Danisile deleted everything and waited for the bank massage of 9 million after 15 minutes she tried texting xola but the massage didn't go through because xola blocked her,the girl started stressing she cried and cried when she thinks that she killed her friend for 9 million that she never got, later that day her parents came back from work and they found their daughter committed suicide in her bedroom and a letter that she wrote about what happened and the where to find the Zandiles corpes.

Content created and supplied by: SESIZA (via Opera News )

"Some of the CONFIRMED Running Candidates for the December Conference" - Tweep

Limpopo People Have Burnt 2 Kidnappers To Death, See What They Were Caught Doing To Children

Who Is Lilian Esoro? Biography of The Nigerian Actress