By Khiba (self media writer) | 2 years ago 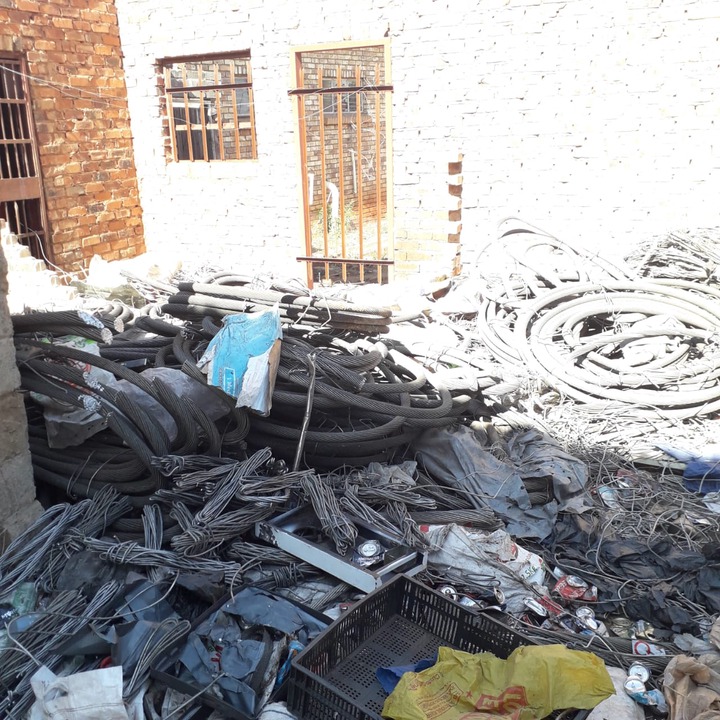 POTCHEFSTROOM – In a bid to combat the trade in stolen goods, police in Mmakau arrested on Monday, 1 June 2020, two suspects aged 31 and 61 for possession of suspected stolen property, tampering with essential infrastructure and contravention of Section 21 (failure to keep a register) of the Second-Hand Goods Act, 2009 (Act No. 6 of 2009).

The pair were arrested after the police acted swiftly on information received from the Passenger Rail Agency of South Africa (PRASA)’ Security Services about suspected illegal activity taking place at a scrap metal business in Mmakau village. On arrival at the scrap yard, aluminium cables were found loaded on a bakkie. The operation also led to discovery of more aluminium cables inside a building. Consequently, the police arrested the driver of the bakkie and the owner of the scrap yard, after identification of the cables by PRASA technicians. The total value of the cables is estimated at R10 million.

The suspects are expected to appear in the Brits Magistrates’ Court tomorrow.

The Provincial Commissioner of North West, Lieutenant General Sello Kwena commended the members and security officers for a sterling job and cooperation which resulted in the success. He cautioned that the police will leave no stone unturned in ensuring that those who tamper with essential infrastructure are dealt with harshly. The General also made an appeal to members of the community to be the eyes and ears of the police and to report at their nearest police stations those who tamper with and steal essential infrastructure such as copper and aluminium cables.

Content created and supplied by: Khiba (via Opera News )