The Mayor's son was kidnapped and robbed by thugs who were after his after father. 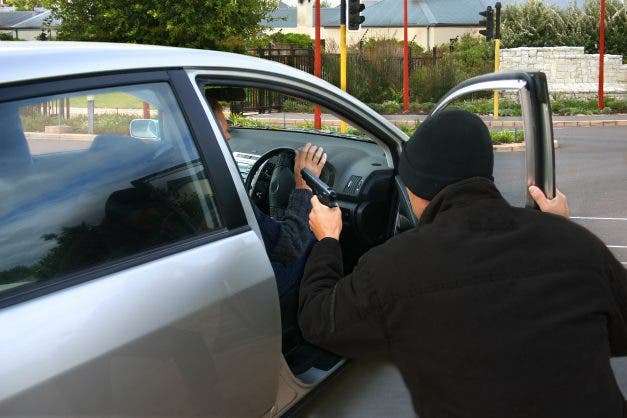 Matamela Tshifhango, 20, was allegedly driving in the Phiphidi/ Sibasa area nearby Thohoyandou on Monday when two men who had face-masks confronted him.

Cops in Limpopo have launched an investigation after a son of Thulamela local municipality mayor Avhashoni Tshifhango was apparently kidnapped and robbed recently.

Matamela Tshifhango, 20, was allegedly driving in the Phiphidi/Sibasa area nearby Thohoyandou on Monday when two men who had face-masks on confronted him.

He said: "I was driving my dad’s known brown VW Amarok, which I had just parked at the side of the road when the kidnappers approached me.

"They were wearing face masks and forced me into the back of the bakkie. Without a word, they took my car keys and sped off.

"The next minute I was … near the tea plantation, surrounded by two dangerous-looking men in Thathe Vondo.

"They demanded money, my bank cards and pins for the cards

"I tried not to show them that I was petrified… I started praying in silence, asking God to protect me

"And today I am proud to tell you that God is great because they later told me that they will not kill me or hurt me because they could see that I am not the owner of the car, and they vanished into the darkness of the night.

"I am still scared to the bones… Thohoyandou is no longer a safe place for me to live."

"am also living in abject fear” Tshifhango Snr said. “I also opened a case of intimidation against the sender of the video."

Limpopo cops said they were doing everything that they can to find the perpetrators who robbed and kidnapped Tshifhango Jnr.

"We know them. We have opened cases of kidnapping and robbery with a weapon other than a firearm in connection with the incident."

Wandi$: This boy is lucky to be still alive considering what has happened to him. It is very traumatic and scary and he needs to go for counselling to help him deal with the trauma that the robbers caused him.

It means that had they found the owner of the vehicle that Tshifhango Jnr was driving then they would have probably killed him before robbing him of his belongings.

Police need to do everything that they can to locate these suspects because they might hurt someone else.

And they have been also intimidating Tshifhango Snr by sending him scary videos so it means that they are onto his trails and when they find him they might kill him so cops need to be quick in finding those two considering the fact that they knew them.

Politics can be a very dangerous game because there are many rivals who want to see for your downfall and not just a downfall but I mean death because they might be after your position. And it gets even more scarier when those rivals start to involve your close ones or family into your affairs.

Tshifhango Snr and the rest of the Tshifhango family are not safe in Limpopo and I believe that they need to relocate so that they can find the peace and safety that they deserve.

What do you guys think of this article please comment on my comment section as your comments are highly appreciated by me.