Truck Driver Fights Back As He Was Being Robbed 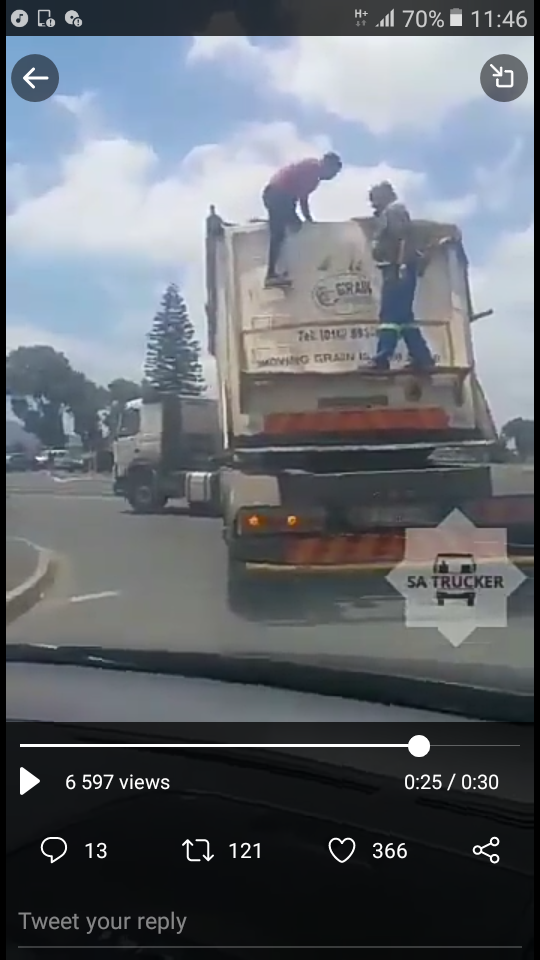 As attacks on truck drivers are getting out of hand, with some trucks being robbed and set on fire, the truck drivers seem to be slowly retaliating and fighting back.

On Tuesday, a truck driver was shot and burned to death in his truck in Wadeville after his petrol truck was bombed outside Reef Truck Stop in Wadeville.

Another tanker also exploded on the N3 north just after Van Buuren.

One trucker however got fed up and had to deal with some of the people who had invaded his truck in a bid to loot what he was carrying.

In the video, the trucker could be seen instructing the invader who was on top of the truck to come down.

As the truck invader made his way down, he was met with a flying kick and he staggered his way trying to maintain his balance before he sped off. 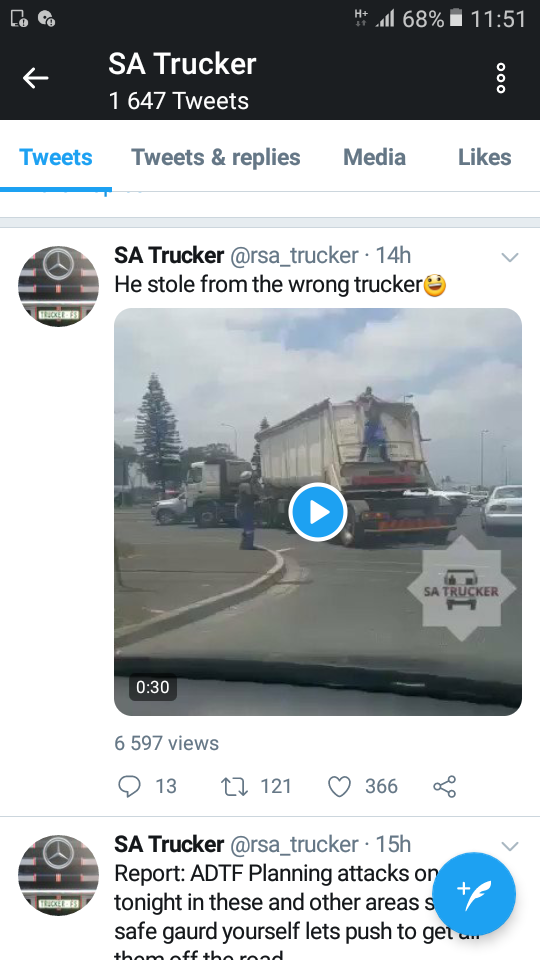 Surely the truck invader will leave to testify about this day.

In the early hours of Wednesday, on N12 before Ntwatwa offramp (Benoni) two trucks were set alight.

Revealed: Here Are 9 Health Benefits Lemongrass Tea To The Body