Our intention was not to cause any chaos, claims EFF after violent clash with Brackenfell residents

Please follow our page for latest news and more update.

Western Cape EFF chairperson Melikhaya Xego said he was appalled at the behaviour and aggression he witnessed at the organisation’s protest outside Brackenfell High School. 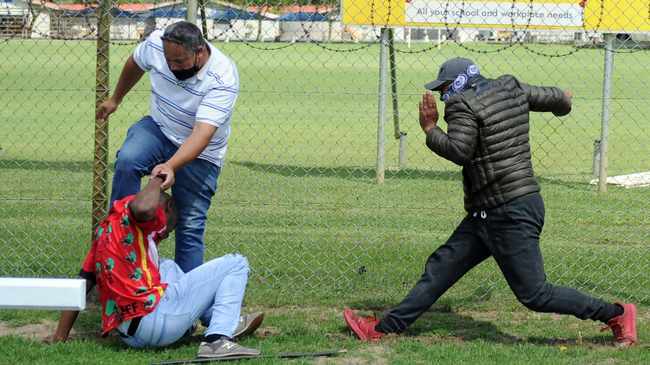 Xego made the remarks after police arrested a Brackenfell resident who opened fire during a protest against alleged racism at Brackenfell High School. The protest had turned violent after EFF members arrived on the scene.

A man, 39, was arrested after he fired several shots into the air from within a group of crowded protesters outside of the high school.

Police representative Noloyiso Rwexana stated: "A 39-year-old suspect was captured and arrested after he discharged a few shots during a dissent gathering."

"Police made a move to scatter the group, and no wounds were accounted for. No different captures have been affected at this point at this stage and an instance of public viciousness will be opened for examination. Police will stay in the zone until lawfulness is reestablished."

The suspect, who was recorded shooting three shots into the air while remaining in an unpredictable group, said he had considered discharging to be 9mm impersonation gun as the best way to scatter the gathering of EFF individuals who had started tossing stones and sticks at a horde of occupants.

He stated: "My weapon is just an impersonation gun. It just fires off duds that wouldn't hurt anybody. I just discharged the firearm in light of the fact that EFF individuals had started tossing stones and sticks at inhabitants who were hindering their entrance into the network.