By JonesMamba (self media writer) | 2 years ago 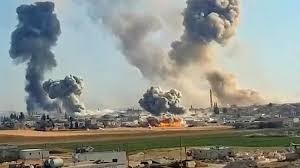 We awoke on October 4 in the Nigerian capital, Abuja, to yet more news of kidnappings: this time seven foreign oil-workers had been taken from their compound in Eket, in the oil-rich Niger Delta. Two Nigerian security guards were believed to have been killed in the attack. These kidnappings followed directly on the heels of another attack earlier in the week against staff of a Royal Dutch Shell contractor.

On this occasion, 70 gunmen attacked Shell facilities such as fuel-carrying barges, as well as taking 25 staff hostage. Three soldiers were confirmed dead and 7 more were missing after the attack. Accessing various foreign press outlets via the internet, we attempted to put together the limited pieces of information available to try to make some sense of what was going on in the Delta.

Most articles listed the dead and the missing. Some argued that such disruptions had cut Africa’s largest suppliers of crude oil by nearly a quarter over the past year causing several spikes in world oil prices. Others spoke of the struggle to control the lucrative oil smuggling business, or the attraction of criminals to the ‘lure of ransoms’. Few outlets, however, attempted to explain the underlying causes of these events.

The Washington Post did concede that ‘the action was taken in revenge for attacks by soldiers on local communities’, whilst CNN’s coverage was the most comprehensive in relative terms, arguing that ‘violence in the Delta is rooted in poverty, corruption and lawlessness. Most inhabitants of the wetlands region, which is almost the size of England, have seen few benefits for five decades of oil extraction that has damaged their environment. Their resentment towards the oil industry breeds militancy.’

Content created and supplied by: JonesMamba (via Opera News )

Opinion: 12 Things You Must Never Do After Break Up.