Traffic cop gets shot in the face with her own gun.

By Newsmide.cf (self media writer) | 2 years ago 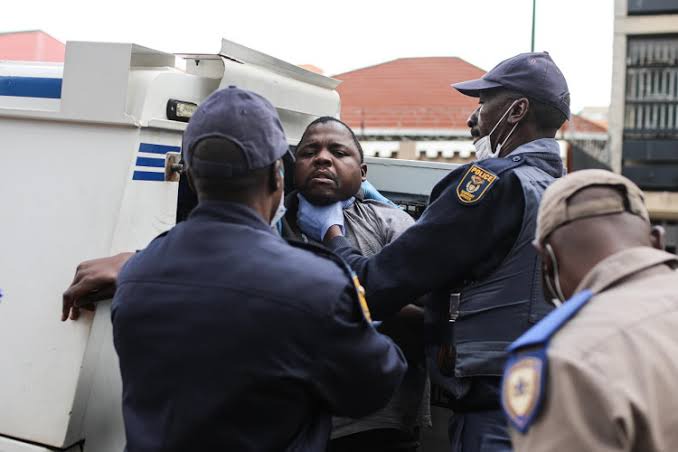 Yesterday afternoon a man who was stoped in a routine inspection on the bridge in Beach road that crosses the N2 near Pacaltsdorp in Geoarge. The man overpowered the traffic cop and took her gun from her and shot her in the face before fleeing on foot and leaving his car at the scene.

Police Spokesperson Captain Malcolm Pojie said that they investigated the incident which led them to discover that the traffic cop was just doing her job when she pulled over a grey Audi A4. However without warning the driver of the Audi A4 over powered her and disarmed her than shooting her before running away.

“Preliminary investigation reveals that the traffic officer pulled over a grey Audi A4 vehicle on the bridge in Beach road that crosses the N2 near Pacaltsdrop. When the traffic cop approached the vehicle, the driver and took her gun. The suspect then fired several shots at her, hitting her in the face. She was later transported to hospital with serious injuries,” said Pojie.

Pojie than continued to say that officers came to the rescue when they witnessed the hole incident. The suspect fled the scene while taking several shots at law enforcements who were chasing after him.

“Fellow traffic officers and George law enforcement officers in close proximity witnessed the ordeal and came to the rescue of the officer. The suspect left his car behind and fled on foot in the direction of the Pacaltsdorp industrial site along the N2 highway while taking several shots at the officers in pursuit," added Pojie. The law enforcements decide to fire shots directly at the suspects when they witnessed that he was being cornered by a railway line. The suspect ended up getting shot in the right arm and left knee. Police continued to search the suspect and they found two loaded firearms in his possession and a large amount if money.

“These firearms were confiscated and will be sent for ballistic tests to determine whether they could have been used in the commission of other or similar criminal offences. The vehicle was also confiscated as evidence. The motive for the incident is still to be established,” said Pojie.

The suspect has soon been transported to a nearby hospital under the police supervision. He is expected to appear in the George magistrate court on Tuesday on multiple charges including, theft of a firearm, illegal possession of firearms and ammunition and also attempted murder.

It's a good thing a dangerous criminal like him is off the street. Who's knows what other crimes he was going to commit with all those firearms

10 German Classic Cars That We Just Love So Much.