By 1NewsAfrica (self media writer) | 1 year ago

The Johannesburg Court issued a bail on Wednesday to seven people detained in a long-drawn bail hearing last November because of the suspected trafficking in human and going against the country's labor laws. The four men and three women were arrested on 12 November last year in a joint operation conducted by the inspection and compliance services and labor department in Gauteng along with police, home affairs department and the Hawks.

They were arrested in the Village Deep in Johannesburg for the suspected activity of an illegal company called Beautiful City Pty Ltd.

Their arrests followed a tipping-off of the alleged involvement and forced labour in smuggling illegal immigrants to SA.

91 Malawians were identified at the factory during the operation, 37 of them were children.

Names of the perpetrators are, Kevin Tsao, Chen Hui, Qin Li, Jiaqing Zhou, Ma Biao, Dai Junying, and Zhang Zhilian, filed for a bail in November,On the 20th of March, they were denied bail.

A new bail appeal was initiated by the defense in May based on new evidence.

Tsao, a South African naturalized citizen, obtained R70,000 bail on Wednesday. Hui was awarded R55000 bail and R30,000 bail was awarded to the other five.

Strict bail conditions for Tsao only require him to leave his residence on Mondays, Wednesdays and Fridays. Tsao is expected to give any other accused a place of residence.

"They are not allowed to move beyond their complex. Only moving out of their premises is allowed to sign between 6 am and 6 pm at the Cleveland Police Station," the Department of Employment and Labor said

The accused will face charges that range from trafficking in human beings, infringement of the Immigration Act, debt bondage, kidnapping and pointing a firearm. 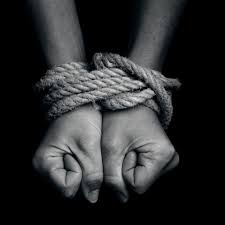 Since then, the department said it has joined in calling for the prosecution of the suspects for breaching labor laws in South Africa.