A Cape Town family has been murdered in execution style 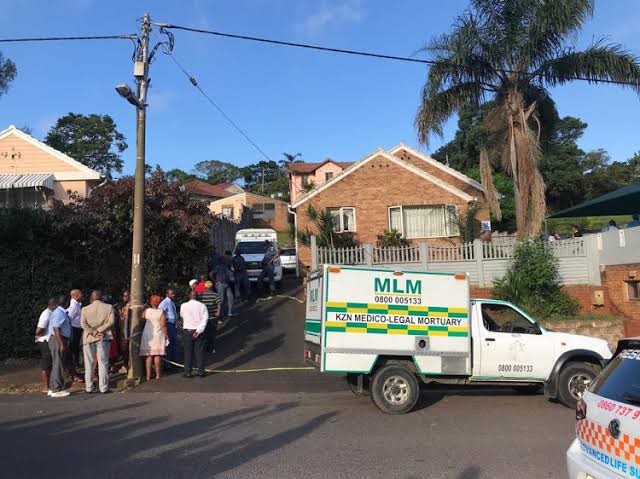 On the day before the crime statistics release which showed that the number of killings in our country has gone up, a Cape Town family was gunned down execution style at their house.

Nomaphelo Kebe, 45, her daughter, Wendy, 23, and son Sive, 17, were murdered at 8.30pm in Mfuleni on Thursday before their family car was stolen and later found torched.

Minister of Police Bheki Cele released the 2019/20 crime statistics that showed 3 975 murders were recorded in the province, the third-highest in the country.

KwaZulu-Natal is the murder capital with 4 859 murders, followed by Gauteng with 4 555 murders and the Eastern Cape is the fourth highest with 3 879.

Mfuleni is rated sixth among the country’s top 30 police stations, with the most murders at 165, which amounted to a 7.1% increase from the previous financial year.

Delft overtook Nyanga as the province’s murder capital with 265 murders, an increase of 7.3%, while Khayelitsha came in second with a 13.6% increase.

For the Kebe family, they are still in a state of turmoil as to why was their other family members were all murdered.

Nomaphelo’s sister-in-law, Nolukhanyo Kebe, 60, said the family was called after shots had been fired at the house.

"Nomaphelo had just returned from the hospital with her daughter and they must’ve been ambushed on their way in because there are no signs of a break-in," she said.

"Sive was found lying outside the front step of the house and his mother and sister were found sprawled on the floor in the living room.

"The police said the car was found on a field in Bardale, torched, but nothing was taken from the house. Their phones are here, and the TV. It’s strange."

Police spokesperson Brigadier Novela Potelwa said the motive behind the killings was being investigated and police were still to make apprehensions.

"The vehicle was later found abandoned and burnt. The mother and daughter died on the scene and the son died later in hospital," said Potelwa.

Wandi$: This family was murdered in a really brutal way and I fail to understand as to why these suspects ddint only rob the family members instead of them having to kill them all in such a cruel manner. Sometimes the way that criminals do things one would really think that they don't have families because they murder people so cruelly.

And the way that things happened in this crime scene is like this criminals had only came to murder the whole family because nothing was even taken from the murder scene. And criminals who are paid to execute people don't have to take anything from the murders that they commit because their employers pay them a hefty amount of money.

Cops need to work with the community in order for them to apprehend whoever did this and bring the to justice. And I doubt that if cop swork alone they are gonna be able to arrest the people who did this because there must be someone who saw something and cops just need to find that person so that they can solve this triple murder case so gracefully.

If cops can manage to arrest the criminals who did this then the arrest is gonna bring some sort of fulfillment to the the bereaved family even though the arrest of the criminals is not gonna bring back their loved ones but atleast they are gonna find closure because they would have known who murdered their family members.