New virus found in pigs with the risk of becoming another human pandemic.

By MsAttorney (self media writer) | 2 years ago

Researchers in China have found a new type of swine flu capable of triggering another pandemic, according to a study in the US science journal PNAS, although experts said there is no imminent threat.

Named G4, it genetically comes from the H1N1 (Swine Flu) strain that caused a pandemic in 2009.

It has “all the essential characteristics of being highly adapted to infect humans”, said the authors, scientists at Chinese universities and China’s Center for Disease Control and Prevention, in the study published on Monday.

Between 2011 and 2018 researchers took tests from Pigs in slaughterhouse from 10 different provinces in China. They continued to run experiments including on Ferrets (domesticated polecats used for catching rabbits), which are widely used widely used in flu studies because they experience similar symptoms to humans.

More than one in 10 swine workers in the new study had already been infected, according to antibody blood tests which showed exposure to the virus. The tests also showed that as many as 4.4% of the general population also appeared to have been exposed.

The World Health Organization (WHO) will read the Chinese study carefully, spokesman Christian Lindmeier told a Geneva briefing on Tuesday, saying it was important to collaborate on findings and keep tabs on animal populations.

“It also highlights we cannot let our guard down on influenza and need to be vigilant and continue surveillance even in the coronavirus pandemic,” he added. 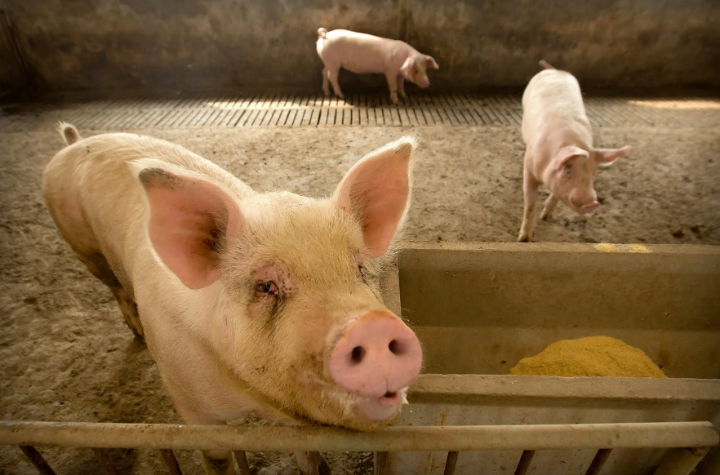 Chinese Foreign Ministry spokesman Zhao Lijian told a daily news conference on Tuesday that China was closely following developments. “We will take all necessary measures to prevent the spread and outbreak of any virus,” he said.

Content created and supplied by: MsAttorney (via Opera News )