Doctors, lawyers, executive and other eaners are applying for debt help in south africa

By Bunolo (self media writer) | 2 years ago

A growing number of corporate executives and other top earners are applying for assistance with their debt, says Neil Roets, chief executive office of debt counselling company Debt Rescue.

“Our experience on the ground shows that an alarming number of consumers are unable to repay their debt. The extent of their indebtedness has also grown substantially compared with the same period last year,” he said.

“The most worrisome of all is the fact that we are now seeing the top earners on the ladder such as doctors, lawyers and corporate executives knocking on our door to place then under debt review.”

Roets said that these are people who typically pay the most tax to keep the government afloat. Without their contribution the government is going to feel the pain that all South Africans are experiencing at the moment, he said.

He said the only way out of the current crisis is for the government to do what consumers have been doing forever – work on a tight budget.

“Governments typically do not create wealth – they destroy it through reckless spending. If we begin by tallying up the many billions that have been lost to boundless corruption and look at the outright disaster which are our many bankrupt municipalities, we can get some idea of just how desperate the situation has become.”

A recent survey conducted by Debt Rescue showed that 85% of all South Africans needed help either financially, emotionally or both as a result of the Covid-19 pandemic. A further 55% required financial assistance but had no access to credit.

“We have seen a huge increase in the number of enquiries from folks who wanted to go under debt review.

“The fact that only 11% of those polled believed they could pay normally after their payment holiday ended shows emphatically that there is a major problem in the offing,” Roets said.

He said the combination of an expected multibillion-rand revenue collection shortfall and the Covid-19 economic meltdown spells trouble for the state’s ability to sustain society, and should be seen as a ticking time bomb that could lead to widespread social unrest.

“The unemployment rate could go as high as a record 50%. This means a smaller tax pool and less revenue for the government to spend on development and social programmes such as education, health and social grants,” he said.

The economy is broken

While the lifting of some Covid-19 restrictions is welcome, the bottom line is that the South African economy has been ‘broken’, said director and chief economist at the Efficient Group, Dawie Roodt.

Roodt estimated that at least three million jobs have been lost thanks to the lockdown – one million permanently.

“I foresee fairly rapid growth in some sectors such as the hospitality and restaurant industries, but the bottom line is that the South African economy has been broken and it is going to take years for it to recover,” he said.

While some consumers will return to their favourite eateries, many will not because they simply do not have the funds, he said.

“Nobody knows precisely how much debt has been piled up during the lockdown but the fact is that it is probably more than most economists can guesstimate at this time.”

Roodt said that the country faces a full-blown depression.

“Many of the businesses that closed their doors during the lockdown will never reopen and those jobs and the contribution that they made to the economy in taxes are lost forever.”

On Saturday, president Cyril Ramaphosa announced that the country will move to lockdown level 2 at midnight on Monday (17 August), including the reopening of key industries and easing of restrictions.

Writing in his weekly open letter to the nation on Monday (17 August), Ramaphosa said that the country must urgently focus its efforts on recovery.

“Our economy and our society has suffered a great deal. As we return to economic activity across almost all industries – and work to repair the damage done – we have a responsibility to not let our guard down as individuals, employers, communities, families, professionals, workers and citizens.

“None of us wants a return to the early days of extreme lockdown restrictions. We want to move on with our lives. We want our friends and loved ones to remain healthy and safe.”

Ramaphosa added that the country’s move to alert level is not a ‘free for all’ and that the rules on social distancing, mask-wearing, social gatherings and international travel remain.

“Our success rests on our ability to abide by these regulations and to ensure that we each behave carefully and responsibly.

“Every time we are considering any form of non-essential activity, we should ask: what is the risk of infection to ourselves and to others? Where there is a risk, even a slight one, it is better not to do it. Let us proceed, as ever, with caution. Let us keep each other safe.” 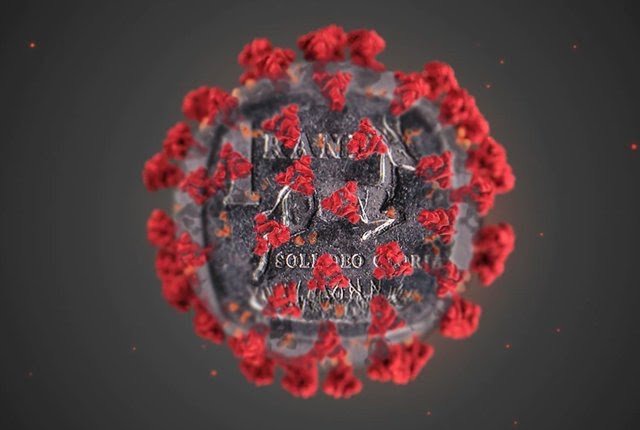 Content created and supplied by: Bunolo (via Opera News )

Chamisa allegedly reminds his people how Zim-dollar used to be the pride of Africa: Opinion

3 Reasons Why You Need To Drink Water Every Night Before You Sleep.

Is this the reason why the fans' turnout was low for the Bafana match against Siera Leone? OPINION

'See Top 5 Question That A Woman Asks When She Is In Love With You.

Watch What Is Coming Up Next On #Uzalo