By Kin_Vida (self media writer) | 1 year ago 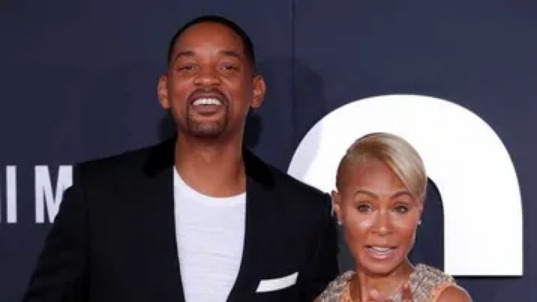 Will and Jada Pinkett Smith's production company has been hit with a coronavirus outbreak, after 10 staff members tested positive.

Westbrook Inc. - which was launched by Will, his wife Jada, Miguel Melendez, and Ko Yada in 2019 - has become the victim of a small outbreak of the infectious illness, according to Variety.

The publication also reports that this is the "first significant transmission reported at a production company", but says that since testing positive, all 10 members of staff have quarantined at home and were later re-tested, with them each receiving a negative result.

“All 10 people were retested and have received negative results. We will continue to follow all official guidelines and safety protocols."

To keep other staff members and those around them safe, production has been halted on the project that the infected staffers were working on, but production continues on several other shows that involve non-infected workers.

A representative for Westbrook said that some people who were in close contact with the infected workers have self-quarantined, but they wouldn't confirm how many.

The company also insists that none of the infected workers showed symptoms of the virus.

Westbrook is currently developing a reboot of Will's iconic 90s sitcom, 'The Fresh Prince of Bel-Air', which is being reimagined as a gritty drama.

The reboot is inspired by a fan-made trailer that went viral in 2019 when cinematographer Morgan Cooper reimagined the sitcom as a drama titled “Bel-Air”, which followed the same plot as the comedy but with a much darker vibe.

Will loved the trailer so much he has decided to make it into a show, and has got Morgan on board to co-create the production with executive producer and showrunner Chris Collins.

'Bel-Air' will be able to dive deeper into the conflicts, emotions, and biases that there wasn't time for in the original sitcom, but will still see the main character - named Will Smith - shipped out to live with his uncle in Bel-Air after getting himself into trouble at home.

You probably know that COVID-19, the illness caused by the new coronavirus SARS-CoV-2, is a pandemic. But what’s the difference between a pandemic, an epidemic, and an outbreak? And when does a disease become a public health concern? Here are the basics of the spread of serious diseases and what you can do to protect yourself, your family, and your community.

Let’s start with the meanings of each word

An outbreak is when an illness happens in unexpected high numbers. It may stay in one area or extend more widely. An outbreak can last days or years. Sometimes, experts consider a single case of a contagious disease to be an outbreak. This may be true if it’s an unknown disease, if it’s new to a community, or if it’s been absent from a population for a long time.

An epidemic is when an infectious disease spreads quickly to more people than experts would expect. It usually affects a larger area than an outbreak

Content created and supplied by: Kin_Vida (via Opera News )