The situation of things between South African citizens and foreign nationals is quite tense and things could likely escalate if the government doesn't take drastic decision to put everything under control. Citizens are no longer comfortable having uncontrollable number of immigrants occupying every nook and cranny of our society. 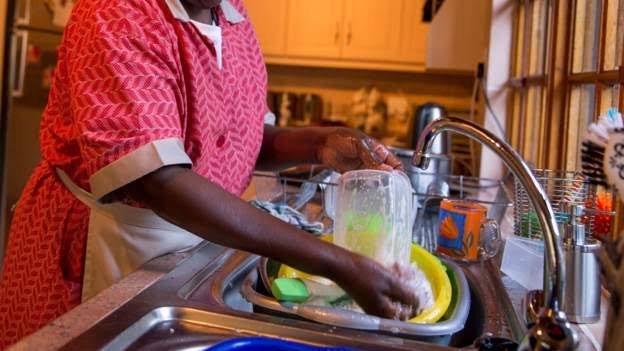 Many still believe that foreigners are the reason for the growing unemployment among our youths due to the constant involvement of foreign nationals in cheap labour which often give them an edge during hiring processes.

However, a South African man known as Ta Veja on Twitter has revealed how he got rid of his house help following the emergence of operation dudula and Put South Africa First movement.

The young man said he ordered his wife to lay off their Zimbabwean house help after he was enlightened by operation dudula on the need to employ and patronize the services of South African citizens. After they fired the Zimbabwean they employed another South African from Empangeni to replace the Zimbabwean.

"I also asked my wife to fire the Zimbo helper. She then hired a someone from Empangeni.

My close friends and family have done so as well.