The South Africans in social media are crying for action South Africa, and we know what does this mean. By the way as a man who is living under these circumstances, to tell the truth the Zimbabweans and other foreigners have occupied the space. My wife has been going to town every day to market for a job. She is a hard working and she does not mind what kind of a job she can get, but for over 9 years now, she's been struggling to find a job.

What I mean to say is that, I can attest to the media report below that, Zimbabweans have contributed to high unemployment rate we are facing in South Africa. This may sound very rude, but it's true, as you can see that there are other Zimbabweans guys that are commenting on this particular media statement, that "what is so special about South African, because the South Africans are also in other foreign countries.

The painful thing is that, most of these Zimbabweans that have occupied the space, they don't even have legal documents. This is one advantage that the employers themselves are having over them. They can give them whatever amount that can sustain them for a day or a week, knowing very well that they can appreciate anything, no matter how small it is, because they are trying to buy favour with the employers.

They do not want to betrayed by them or turn them to the police for not having legal documents. The employers themselves they know how the foreigners worship them for their lives. They know that their lives are at stake, not just with hunger, the police, but also with the South African citizens.

Having illegal Zimbabweans working in certain companies gives employers power. They got to make more profit out of their money because, they're paying them pennies. They also get a lot of respect because, whatever they are paying out to their workers, there is nobody who can dispute it.

There is nobody who can make mobilize a strike against it. So they know that they have got them right in the palms of their hands, but then at the same time the South African citizens are suffering, both qualified and unqualified. They're suffering to even get the work of a nanny. I mean a general cleaner in somebody's home, even those spaces are also occupied, because the people know that they can pay the Zimbabweans whatever amount that they want.

It is very true that, access to foreign cheap labour has made things difficult. Even the people that are working for themselves, foreigners do not charge too much money for their services. They will just charge something that will make them live for tomorrow. They are not charging according to recommended rates. I mean even the builders and other self-employed jobs, the foreigners are way too cheap, trying to buy favour with some South Africans people, and it is a big disadvantage to many SA citizens who are trying to make ends meet. 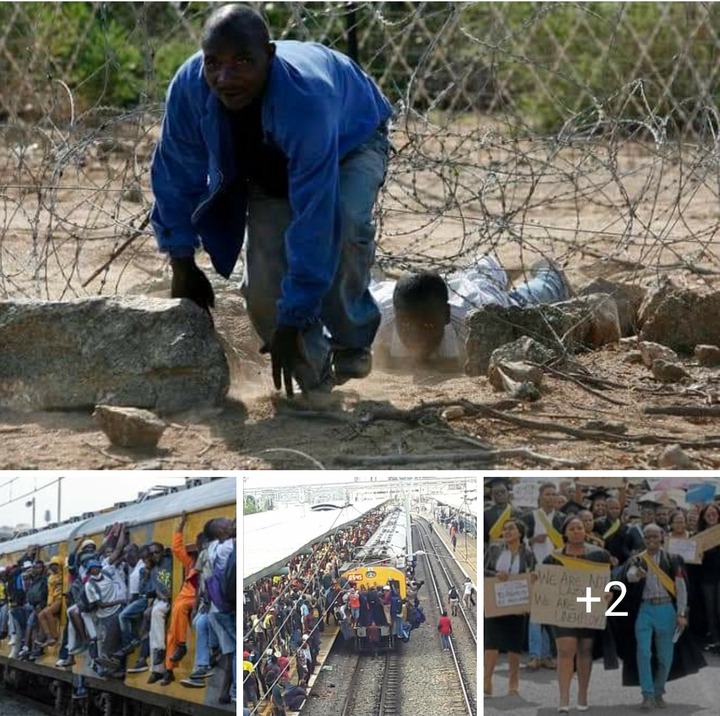 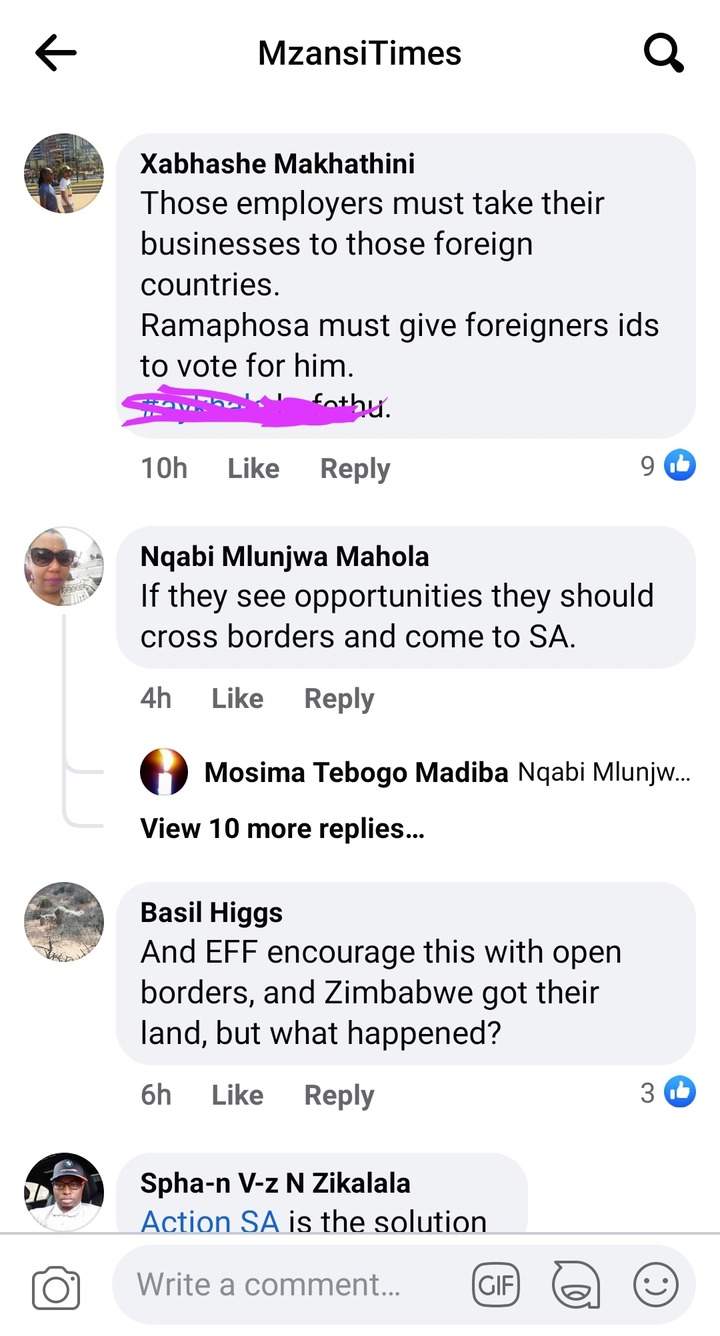 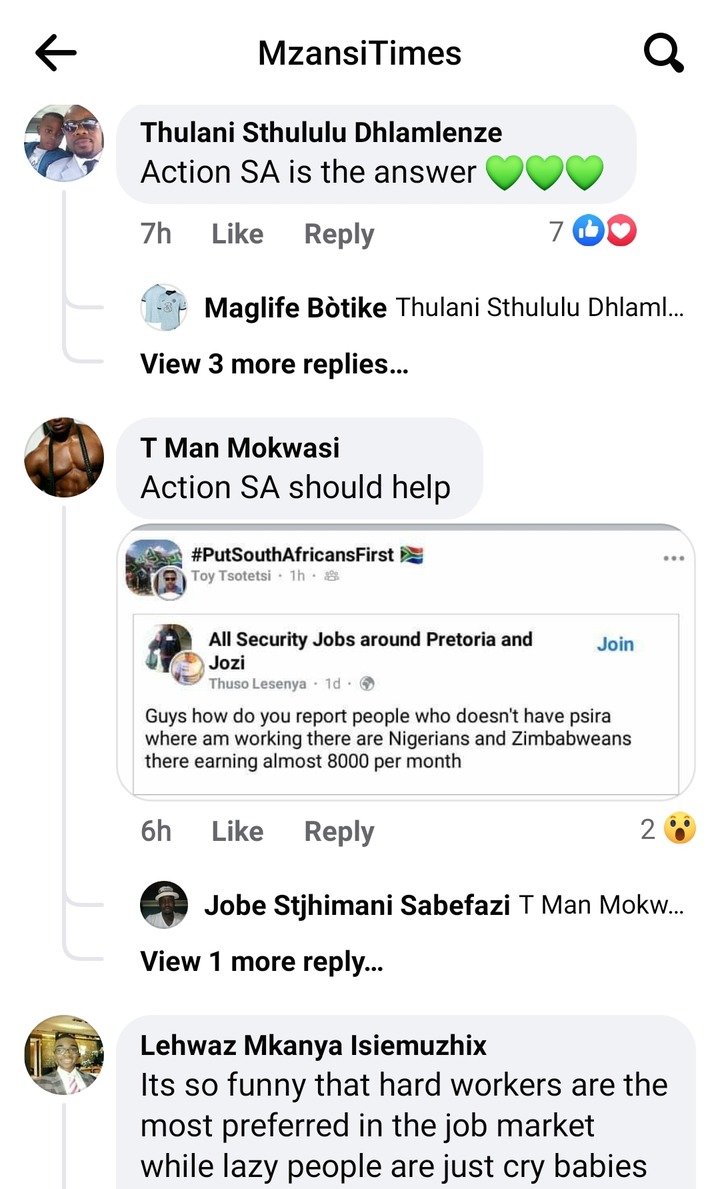 As of today, SA unemployment rate is sitting at 34%, holding the world record. While youth unemployment is at extremely high at almost 70%.

The Commission for Employment Equity (CEE) has released its annual employment figures for the 2019/20 year, and among their findings is the revelation that foreign nationals are being preferentially hired for entry-level jobs at an increasing rate.

Workers originating from outside of South Africa are filling job vacancies ahead of their South African counterparts more and more, the report revealed, and the commission said this has been among the challenges it has faced in terms of achieving the goals it set out in 2015 to ensure employment equity in the country.

CEE Chairperson Tabea Kabinde said that the increase in foreign nationals at entry level (including semi-skilled and unskilled Levels) jobs may mean that unemployed South Africans are being adversely affected by the trend.

“It is argued that the unemployed in South Africa might be deprived of employment opportunities as a result of a trend towards the appointment of Foreign Nationals at these occupational levels.”

The report handed down by the CEE cited another by the B-BBEE Commission National Status Report on Broad-Based Black Economic Empowerment for 2018, which shows that white people and foreign nationals account for 62% in 2018 for management control positions, demonstrating not only a 6% increase in their role in the sector of employment, but also how the large majority of other racial groups are being turned down for such positions

The Private sector employs the most Foreign Nationals followed by Educational institutions at this level.

The representation of Foreign Nationals at this level remains constant at around 2%, which is relatively high considering that this level is an entry level for semi-skilled workers in a country with a high rate of unemployment.