ANC employees are facing a pessimistic Christmas season as they continue to wait for their salaries to be paid, despite protesting outside Luthuli's home. In an interview with the IOL, Mvusi Mdala, chairman of the ANC Personnel Commission, confirmed that the salary had not yet been paid. 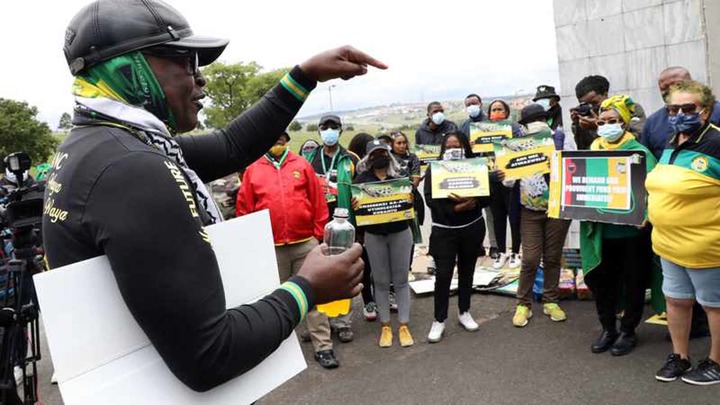 "Our salary is still on hold for four months. We submitted a warning in June. The last salary we received was August," he said. Nationally, Mdala said the delay affected workers in Free, Western Cape and Gauteng.

He said the ANC staff's home was reclaimed, tuition is on hold, and they are having a hard time paying basic invoices. "Disappointment is an understatement and I don't know what ANC is doing and how to explain it," he said.

He found that the situation was riding an emotional roller coaster for them, their holiday season turned out to be a tough holiday season, and some employees had medicines that were no longer available. He added that he was taking it.

"You must keep your head on the water to avoid drowning. "We couldn't write the exam properly because we couldn't make a plan for December this year and the children were affected," he said.

According to Mdala, even on December 16th, the 60th anniversary of MKMVA, there seems to be nothing to celebrate ANC, judging what MKMVA members are fighting for. If he doesn't prioritize employees, he celebrates important days and physical events he will spend money on hosts across the country, "he said.

Mdala states that they can no longer make weekly protests, "through our union (Nehawu), our only option is the country, as the ruling party ignores and undermines national law. Is to involve the Supreme Court." He said funding is not the main issue of ANC.

"This is because the Party Funding Act limits the ability to raise more money. How can I implement something that is detrimental to me? It's shocking.

"By the end of this week, we'll have a virtual year-end meeting with our staff to discuss future directions," he said. Efforts to get feedback from the ANC were unsuccessful. ANC national spokesman Pule Mabe asked him a question, but he didn't answer.

A Poster Was Posted For The Workshop He's Going To Host But Instead Mzansi Thought It Was For This.

The Lady Is Trending After Passing Grade 12 At The Age Of 31.