Public Servants will get their backdated 1,5 salary increases by 30 November according to DPSA.

By TheeMentalist (self media writer) | 9 days ago 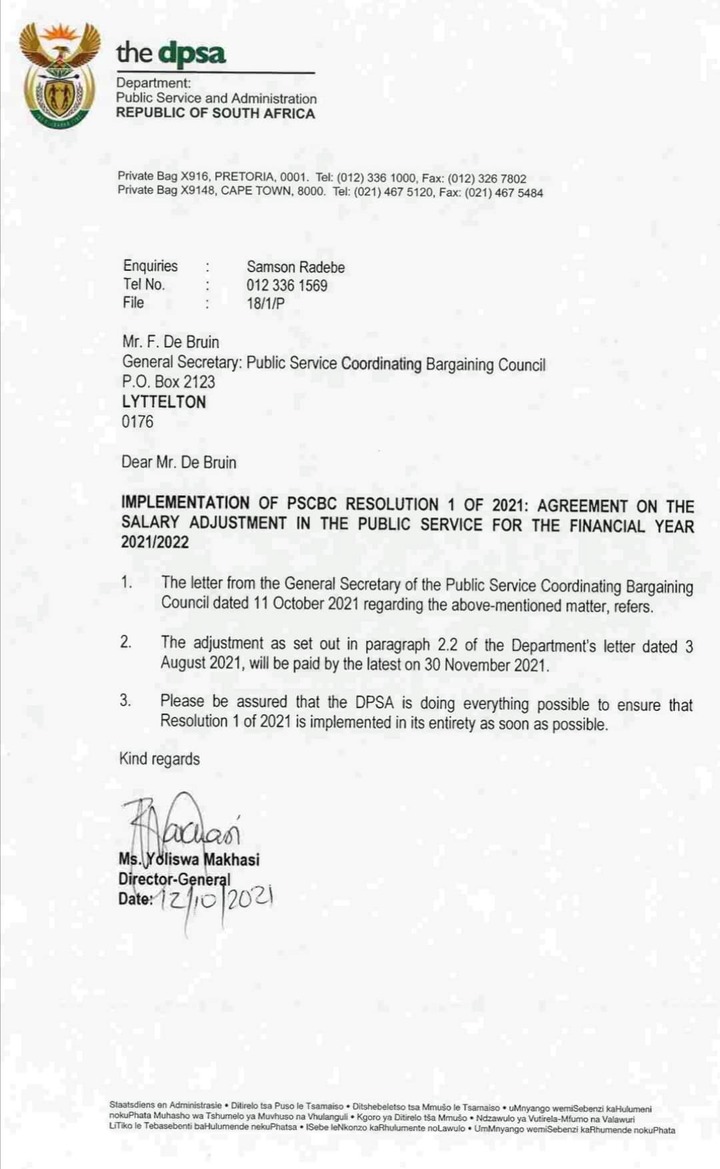 The wait still continues for thousands of public servants on the implementation of resolution 1 of 2021. The government promised workers a non-pensionable cash bonus plus 1,5 salary increase.

The government implemented a non-pensionable cash bonus on the 16th of September. The implementation of 1,5 salary increase was then postponed to a later date.

The Department of Public Service and Administration issued a circular today promising to pay the 1, 5 salary increase to public servants by 30 November 2021. 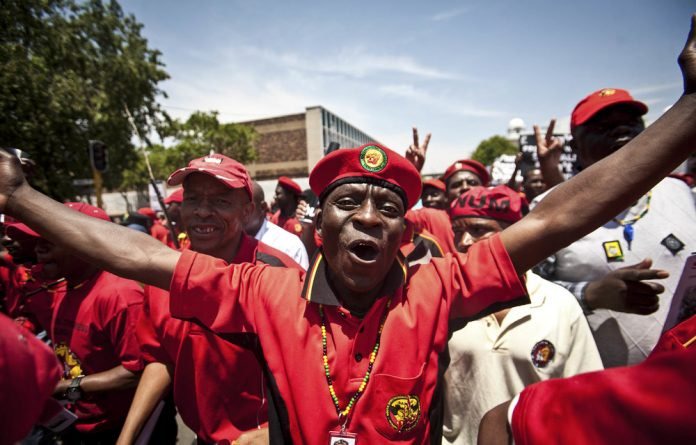 Public servants have had it tough last year after the government decided to implement zero salary increases. The unions took the government to the Labour Court seeking relief on the matter, but the court ruled in the government's favour.

The unions have now taken the government to the Constitutional Court which is yet to make a ruling on the matter. A lot is at stake and the Apex court will have to think carefully before making a ruling.

The unions are again unhappy with the manner in which the latest agreement was implemented. They alleged that the department promised that all employees will get a minimum of R1000 but the money workers received fell short of that amount. It is typical of government to renege on signed agreements as we have witnessed with clause 3.3 of 2018 resolution. This has brought anger and mistrust on the unions.

Public servants render important basic services to the citizens of the country but it seems the government is not willing to compensate them fairly.

Reneging on agreements that took months to negotiate makes a mockery of collective bargaining. The breakdown in trust between unions and employers could lead to a lot of wild cat strikes.

The government proposed a multi-year agreement in order to bring about stability in the economy and avoid strikes. By reneging on the 2018 agreement the government has opened the door to a number of strikes and pickets.

COSATU has already called for a picket this week with the hope of putting pressure on the government to fix relationship with unions and settle outstanding matters.

Investors detest uncertainty and chaos. This pickets could scare investors away especially after the rampant looting of July in KZN and Gauteng.

What Make A Christian Spiritual Powerful