Be extremely cautious of the repercussion of making false accusations of racism in the workplace.

By Highlyfavoured_nono (self media writer) | 20 days ago

Unfounded claims of racism, such as those recently leveled against Eskom CEO André de Ruyter, will further polarize a society that is still struggling to deal with a racialized past. False and unsubstantiated accusations of racism could be just as divisive as actual instances of racism in a country like ours, which is emerging from a history of racism.

Eskom board chairman Malegapuru Makgoba recently issued a harsh warning to utility employees who falsely accuse their coworkers of racism. “We must be careful not to make frivolous or baseless accusations against people because they are of another race,” Makgoba says. You can imagine what a man or woman goes through when they are accused of racism. Sometimes you'll never be able to recover.” These remarks came amid allegations of racism leveled against Eskom CEO André de Ruyter by former Eskom employee Solly Tshitangano, who was facing 21 charges of misconduct. Eskom fired Tshitangano after an investigation found him guilty of gross misconduct and breach of duties and responsibilities. Makgoba has warned that anyone caught lying about racist charges will be "shown the door.

Makgoba's description of what is commonly known as "playing the race card" is not novel. The statement is frequently used to gain an advantage by falsely accusing someone else of being a racist. It is argued that living in a society where racial bias is still prevalent can make one hypersensitive, to the point of recognizing racism even when it does not exist. It is considered a deceptive strategy for obtaining favors or sympathies while casting doubt on the character of others. False accusations of racism are hurtful and disrespectful. It is a slap in the face to a person's dignity.

Only compelling objective data can lead to a convincing and defensible conclusion of racism, and only in accordance with grievance mechanisms designed specifically for that purpose. Although racism is well-known in South Africa, we should be aware that false accusations of racism can be equally damaging to the dignity, character, and status of those accused. In a country where the rule of law is celebrated as a bulwark of justice and fairness, accusing people of racism without providing proof and failing to follow proper procedures to address these issues would be just as damaging.

We say no to racism at workplaces, school and communities. We are all the same, the same blood flows in ours veins. 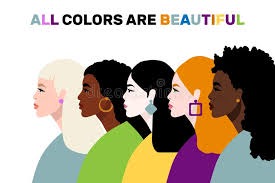 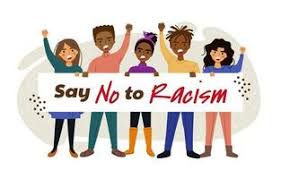 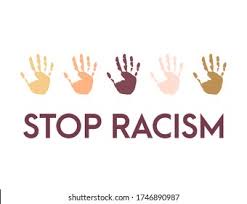