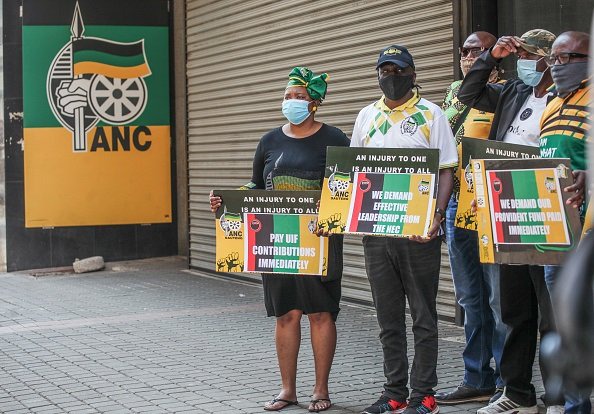 In an interesting turn of events, ANC staff will no longer report for duty as of Monday 18 January. This is because they have not yet been paid their outstanding salaries.

One of Africa's oldest parties has been battling to pay it's workers salaries for several months and they have finally had enough.

The staff affected by the none payment include people stationed at the party's national headquarters popularly known as Luthuli House in Johannesburg, and other provincial offices across the nation

On the 17th of January it was reported that staff had not been paid salaries back dating to November and December 2021.

In December 2021, workers felt a slight relief when the party managed to pay salaries for October 2021.

To add to their worries, the party has unpaid pension fund contributions which are overdue since November 2018. This is according to staff representative Mandla Qwane.

Qwane told the media on Monday 17th of January that the decision to stay away from work was because they had no money to report for their everyday duties.

He said, "We cannot go to work because we do not have the means to go to work. Beyond the fact that we do not have the means to work, the ANC leadership has not met any of the agreements we agreed to before the year's closure. They told us that they would settle all outstanding salaries by the end of November, and that did not materialise," he said.

On the 8th of January ANC President Cyril Ramaphosa made a statement committing himself saying the party would deal with the salary situation.

In his statement he said "We do need to accumulate more money, and we are scouring all over trying to raise more funds. We have not had a discussion with the staff since November. We are going to continue with that, and we should meet them even sooner so we can lay out a clear message of what is going to happen going forward. It is a major challenge in light of the shortage of sources to raise money,".

Qwane and his colleagues are yet to see any action pertaining to these promises. They believe it is yet another promise that will never be kept.

"It was not the first time that we have heard that. We have heard that before, and nothing has materialised that is substantive and says this is what they are doing to resolve the problem," Qwane said in response to Ramaphosa's comments.

The workers have a meeting with the party's treasurer-general, Paul Mashatile, is scheduled for Tuesday 18th of January.

Qwane said all staffers had agreed that they could not be exploited and were unwilling to work even for stipends.