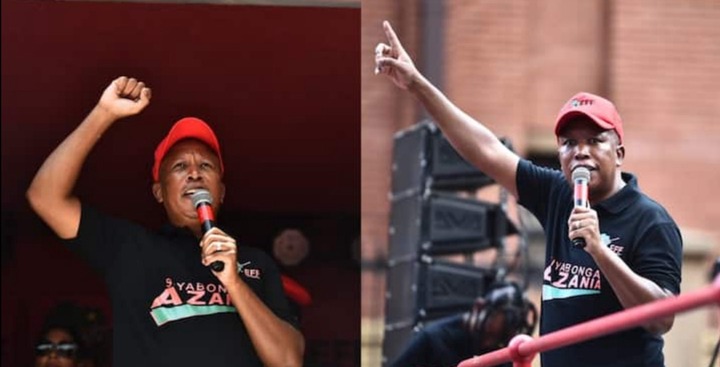 Julius Malema has urged employers to give preference to South Africans, but he also believes Zimbabweans should be given a chance to work. He urged restaurant owners not to stop hiring Zimbabweans, claiming that South Africa is their home. He went on to say that the same was true for any other "African brother or sister."

He did, however, emphasize the importance of giving preference to locals. Youth unemployment is currently at an all-time high of 66.5 percent. Malema made these remarks while visiting Midrand's Mall of Africa. He had gone to the mall to eat at the Kream restaurant. According to TimesLIVE, when he attempted to enter the establishment, the manager denied him entry.

Malema, on the other hand, refused to accept no for an answer and was eventually allowed to enter the restaurant.

According to IOL, Malema stated that the purpose of the visit was to inspect the restaurant to ensure that African people coexisted in the hospitality sector. The Labour Department responds to the EFF's restaurant inspections, blaming a lack of resources. Briefly News previously reported that the Department of Employment and Labour had responded to an incident yesterday in which the Economic Freedom Fighters (EFF) visited several restaurants at the Mall of Africa to inspect if they were following labor laws and how many foreigners they employed.

Inspection of companies for whatever reason is the responsibility of government officials. "It's the equivalent of going to a police station and taking over their duties," the department explained.

The department's rationale for not conducting its own inspections According to News24, Sabelo Mali, a departmental spokesperson, the department condemns the EFF's inspections because they believe they overstepped their mandate by taking unapproved action. The Chief Director for Labour Relations, Thembinkosi Mkalipi, stated that the department would conduct inspections similar to those conducted by the EFF, but that their limited capacity and lack of resources would prevent them from accomplishing this goal.